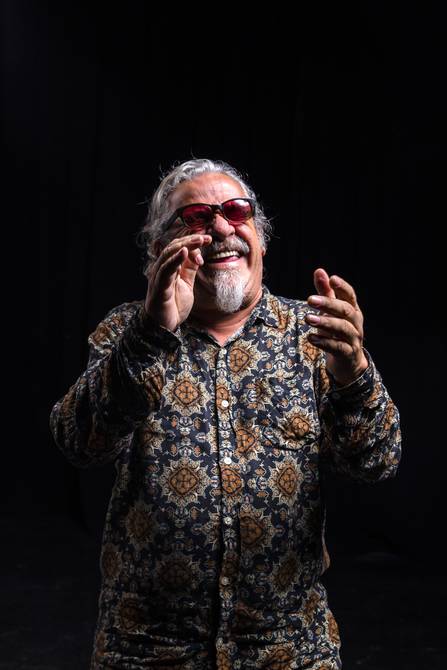 From Tuesday, May 24 at 8:00 p.m., Héctor Napolitano and the band La Napolitana will open the Unusual Series, 10 concerts to honor the 10 years of the Sánchez Aguilar Theater.

The name of the shows is due to the fact that sites have been chosen in “inhospitable” places in the theater, explains Diego Chang, spokesman for the TSA. It is part of an agenda of special anniversary activities, and in this case, different artists will take over spaces that the public rarely has the opportunity to visit, such as the terrace and the dressing rooms. Little by little the rest of the locations will be revealed. “The idea is for it to be a surprise,” says Chang.

As for the invited artists, after La Napolitana the Dominican singer-songwriter will arrive Alex Ferreira, on June 15. The Ecuadorian-American Sarah Ontaneda will be on July 26, while Guayaquil Daniel Betancourt will sing on August 11. On September 8 it will be the turn of the fearlessfollowed by Christina Morrisonthe 20 of September. Ricardo Pita will be in the theater on October 18 and Alex Eugene will take the post on November 8. Green 70 The cycle will close on November 24.

The night of Friday May 20, La Napolitana, a band made up of Héctor Napolitano and his son Lucas, Sebastián Romano and Rodrigo Brañas, They were preparing details for the concert that they will give this Tuesday, in which they hope to hook the public with new material.

“We, the community —and I feel it in my soul— love to listen to the songs of the past, we like to cry and be moved by what has already been done, and we are reluctant to accept the new creation of so many artists who have grown”, says Napolitano, who resists repetition.

“We artists need to tell people: I do this, I’m not the best ‘playing a’, but my name is Hector Napolitano, Ricardo Pita, Guillermo Mosquera or Stanley Parker; in short, so many authors from Guayaquil who have not died trying but are fighting,” says the 67-year-old singer-songwriter.

So this series of concerts is one of the ways to invite people to listen to all that repressed art in recent years. “I bless Ramón Barranco (artistic director of the TSA) for creating a window to the unusual, and the unusual will be to tell people: We do this; we are not the industry, we are the abandoned of the industry”.

Concerned about having his band ready and that his audience receives the magic of music, “beauty, talent and honesty”, Napolitano confesses that despite his more than half a century of experience on stage he still gets nervous when he sees himself in large format, like this week when it was recognized in an advertisement on a LED billboard on the street. “I, a street musician, a village musician… I felt extremely nervous.”

That is why he assures that although he tolerates indiscipline in private life, when he goes on stage, he cannot compromise. “When I work with musicians, I am a tyrant”, he jokes. “I have no friends when it comes to offering my music to the public; either they play well or I throw them out. I love to enjoy and that the public enjoys, I love that there is interaction. That friendship, that tenderness between the public and me is the closest thing in the relationship between a father and a son, a brother and a sister, a boyfriend and a girlfriend, it’s that beautiful.”

La Napolitana, he confesses, is a group of friends, a band that had no great future until recently. “It was only two or three months ago that I regained hope in the group, because it is so difficult to sell, to please with your own music. We are not anyone’s entertainment, when the music is pure and improvised, everything is new; I make fresh music, which has to do with ordinary men, with working women”.

At Tuesday’s concert, he reveals, there will be blocks of improvised music, some country, boleros and sounds There will also be a performance sample of banjo, mandolin, three Cuban, and other surprises that you prefer to reserve. “What we offer is some order and talent; the idea is to survive with our talent, we are working on that, and the doors are opening; in July there will be a concert in Guayarte and in August we will have an anthology of Latin American music”.

How to get tickets for Unusual Sessions?

The intention is that the TSA can be known from other perspectives”, says Chang. “There is a mystique to reach these spaces, not only do you come to see a concert, but the artist tells you about his time at the theaterand that you live this experience of culture, which is the motto of this anniversary campaign”.

Tickets for the first concert of Sesiones Insólitas can be purchased at the ticket office, at the theater website and in the mobile app. Tickets for the second show will be available starting May 27.

The idea is to share with the artist and offer a cozy outdoor environment. The Café Vinobar will be serving, and the entrance ($25) Includes a complimentary beer. The terrace has capacity for 60 people. (AND)