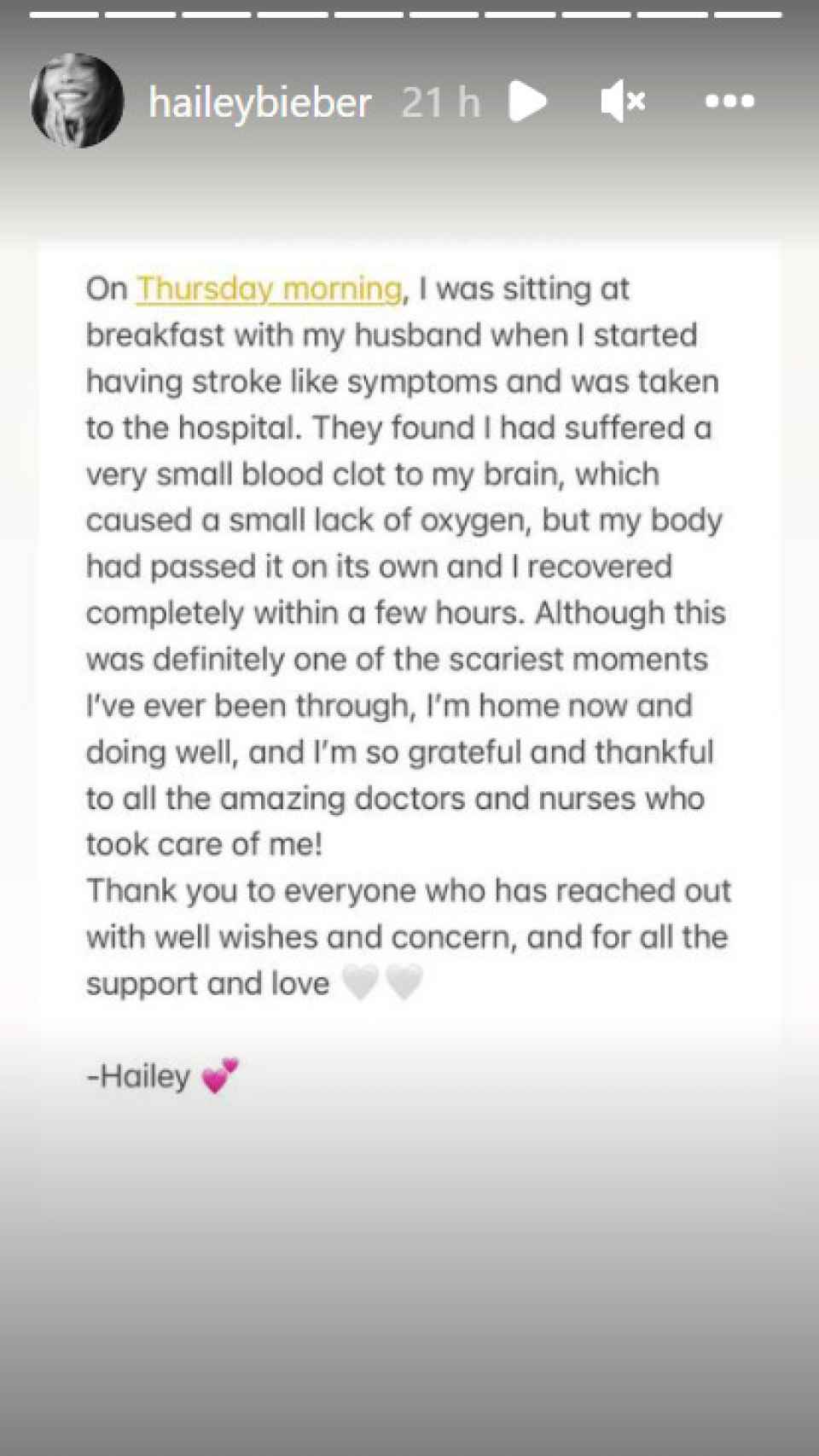 haley baldwin (25 years old) has surprised everyone after announcing that last Thursday, March 10 suffered a stroke which forced her to stay in the hospital for a couple of days. The model announced the news this Saturday, March 12, through a story Instagram, in which he explained the distressing situation he experienced in recent days.

the woman from Justin Bieber (28), who fortunately is already at home recovering from this unexpected blip in health, recounted the moment when he realized that something was not right. “On Thursday morning, she was sitting at breakfast with my husband when I started having stroke-like symptoms and was taken to the hospital“, He commented on the message written in the notes on a mobile and, later, published on his networks as a screenshot.

“They discovered that I had suffered a small blood clot in my brainwhich caused a brief lack of oxygen, but my body had overcome it on its own and I recovered completely in a few hours, “continued Hailey Baldwin, who, although she managed to overcome this health problem quickly, remembers it as a scary moment.

The message that Hailey Baldwin has published on her social networks.

Justin Bieber’s wife also took advantage of his publication to thank all the medical team that was attentive to his evolution. “I am so grateful to all the amazing doctors and nurses who took care of me,” Hailey Baldwin wrote. In addition, she dedicated a few words to those followers who have shown her affection in recent hours. “Thank you to everyone who has reached out with well wishes and concern, and for all the support and love,” the young model concluded.

Hailey Baldwin suffered this unexpected health problem after returning from Paris Fashion Week and weeks after her husband canceled several of his commitments for testing positive for coronavirus.

The model, who is usually in the news for her work or her relationship with the artist, made endless headlines at the end of last year, after her uncle, alec baldwin (63), accidentally killed a woman on a film set.

While Hailey’s older sister, Alaia Baldwin (28), was hospitalized for endometriosis, the actor accidentally shot a cinematographer, who died, and injured another colleague. The actor believed that the pistol was a blank, but it was not and the tragic outcome occurred. After the shot, still unaware of the damage he had caused, he began repeatedly yelling how it was possible to have a real gun on tape. 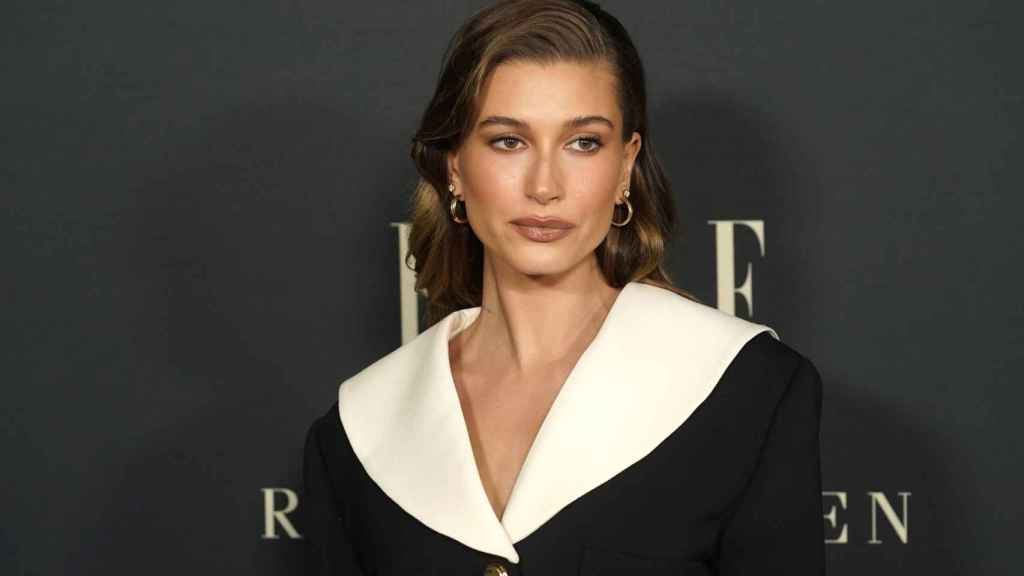 Hailey Baldwin during an event in Los Angeles.

Shortly after the fateful denouement, Hailey Baldwin posted a devastating message on your social networks. “I send all my love to the family of Halyna Hutchins. It is a truly unimaginable and devastating tragedy. My thoughts are also with Joel Souza as he recovers. I am absolutely heartbroken for everyone involved,” the young woman, who is now recovering from, wrote then. a big scare

Hailey Baldwin, Justin Bieber’s wife, announces that she has suffered a stroke