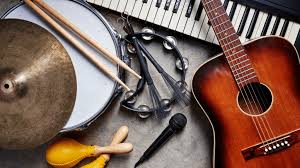 After an afternoon which saw the return of the sun and many guitar heroes tread the boards of the Main Stage 1, it is still largely daylight when the group is about to start their set. With playing time as massive as that reserved for Guns N Roses, the start of the concert is necessarily super early. The scene is simple but not sober. The public has been quite accustomed to stage advances throughout the festival, there are none tonight. Exit the grandiloquence put in place to Scorpios Where Ghost, here we are satisfied with a central staircase. The drums are upstairs, with keyboards left and right. Naturally, Axl and the guitarists mainly invest the bottom of the stage, mobile as they are.

The set begins on “It’s So Easy”, Duff McKagan is in double song with Axl on the verses and the first refrains. There is energy and it is effective, that said, we know very well what awaits us and all eyes are on Axl. How is he going to get out of it on the first sharp lines that he has to perform solo? It’s an emotional lift that he has in store for us, with a sluggish attack where he seems little in voice although just on the note, to finish much more in shape on the cries at the end of the piece. That reassures us, let’s hope it was just a warm-up lap. In this case, the sequence with “Mr. Brownstone” goes rather well… but “Welcome To The Jungle” much less. The high line is merciless with the voice ofAxl, and even if we knew him much less in shape than this evening, the weight of the years is felt strongly. The vocalist nevertheless turns out to be fairer than we might have feared and if certain notes are painful, they are there.

These first three titles are already an opportunity to exploit the screens present in the background. We can say it, the dressing is colorful, associating bright colors with light spots, neon lights and sometimes, lyrics of the refrains. Particularly on “Welcome To The Jungle”, where we find the frenetic side depicted in the title. Like the backstage of Scorpios two days earlier, it’s quite kitsch, and after the stage slap that Nine Inch Nails booked us the day before, this configuration seems very cheap.

But after all, rock goes first and foremost through the music, most of the show is provided by the musicians. Well, at least by those who are mobile. At the bottom of the stage, Duff (when a vocal line does not force him to remain static in front of his microphone) and Richard Fortus as much asAxl and slash move, move, strike a pose or repeat facial expressions together. Quickly, we no longer pay attention to the screens and we focus on them. Background, mike ferrer in barrels and Dizzy Reed are not very communicative, it is especially Melissa Reese that we notice. She plays most of the keyboard scores, relegating Dizzy to a rather useless position, as with the old keyboardists. Depending on the songs, we see him take out a tambourine or other basic percussion, or support the playing of Melissa.

Guns N Roses at Hellfest 2022: On time, but not enough voice