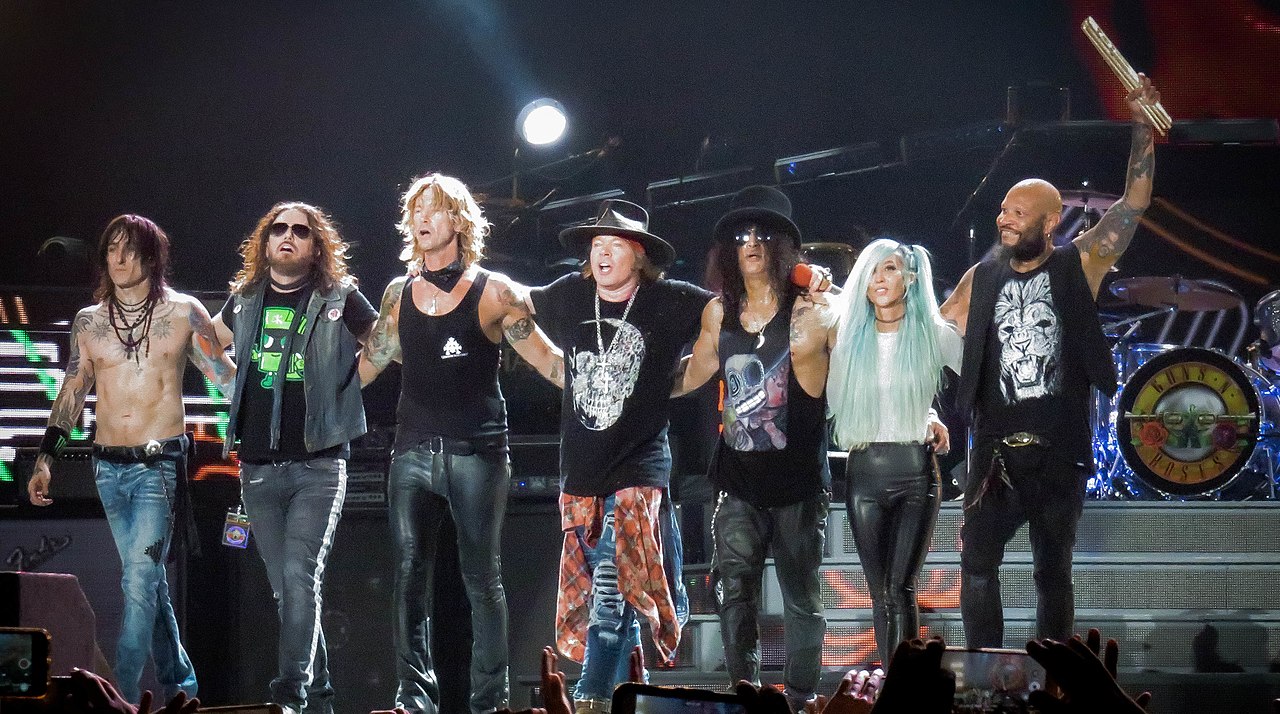 One of the most acclaimed rock bands of all time, Guns N’ Rosesis on tour in some countries of Latin America such as Argentina, Brazil, Chile, Colombia, Mexico, Uruguay and Peru as part of a world tour in order to promote their music among their fans in those territories.

Since last September 1, the group led by vocalist Axl Rose and the legendary guitarist, slashhas provided a total of 14 concerts in all the aforementioned countries, between solo performances as well as at festivals.

The presence of the band, belonging to the Rock and Roll Hall of Famehas motivated his followers to interact with each other by creating content on social networks and conducting searches on Google to learn more about the shows they offer in their presentations, possible songs that are part of their repertoire in the concertsamong other questions.

Due to its prolonged presence in Brazila country where the band performed a dozen concerts, including its presentation at the festival of Rock In Riothe search trends which included the name of Guns N’ Roses saw their peak after their show at the event in Rio de Janeiroaccording to the statistical tool on search terms, Google Trends.

Similarly, the trends that were generated as a result of the concerts of Guns N’ Roses in the rest of the countries of the region they have the same behavior: a gradual increase in the name of the band which abruptly reaches its peak of interest on the day of the rock band’s performance.

During the last 30 days, since September 12, Google Trends shows that the Chilean public made the name of Guns N’ Roses become one of the most important search trends specifically on October 5 and 6, the same day of the event in the National Stadium and once finished.

In the cases of Uruguay (October 2nd), Argentina (September 30) and Peru (October 8), the behavior of users from those countries was similar: a progressive increase in searches followed by a pronounced spike on the day of the event, although Colombia (October 11 and 12), this trend continues to rise due to the fact that there will be a second presentation of the band at the Nemesio Camacho “El Campin” Stadium, in Bogotá.

Another of the social networks in which the American band dominated the conversation was Twitterwhere fans who love the rock They exchanged their ideas prior to the presentations of the “Gunners” in their respective countries. One of the most curious was the thread followed by a user @GomezCotrino in which the arts of the posters of the band’s presentations in different countries were compiled.

In addition, the presence of the American group in Bogotá was highlighted after 30 years of their last concert, in 1992, when the band was only 7 years old. The group was founded in 1985 in Los Angeles, California with three of the current band members: Axl Rose, Slash and Duff McKagan.

The rock group will play once again in Bogotá tonight before flying to Mexico, where they will perform another four presentations between October 15 and 23 before leaving Latin American lands until another time.