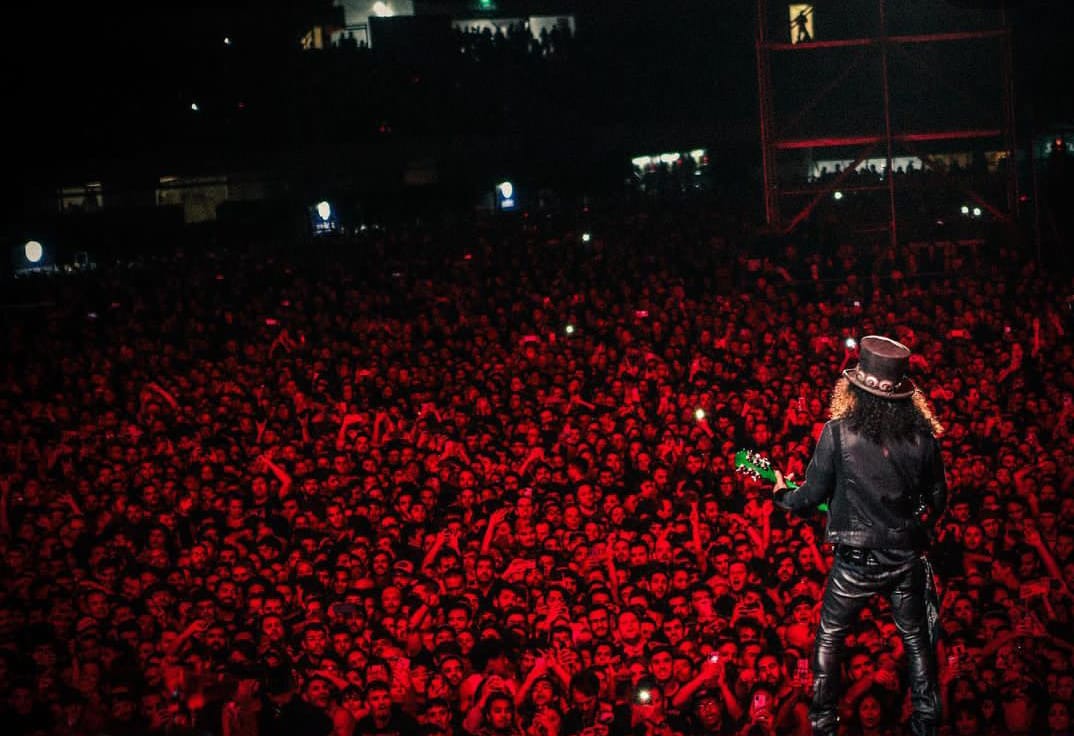 On October 11 and 12 in BogotaColombia, a 30-year debt was settled between the US group guns and roses and the Colombian public. After the night of November 19, 1992, the date on which the band’s first concert was held in the city and which was marked by several excesses. on the outskirts of Campin, same stage in which the two dates were held this year, blockades and riots were generated by an angry horde that demanded to enter the concert and even for free. A torrential rain in the middle of the interpretation of ‘november rain‘ caused the artists to be a little electrocuted, on a stage without a roof and that prevented them from finishing their presentation, leaving the stage and leaving the place, later the country.

For their long-awaited return, 30 years later, the band currently made up of: Axl Roseslash, Duff mckagan, Dizzy Reed, Richard Fortus, Frank Ferrer and Melissa Reese, and the fans of the ‘gunners’ not only expected better weather and conditions so that the group could fully perform their shows, to listen to those songs that in ’92 they did not were interpreted as: ‘Sweet Child O’ mine’ or ‘Knockin’ on Heaven’s Door’. Indeed, thousands of rock souls met at the El Campin enjoying Slash’s guitar solos and the voice of Axl Rose who, despite the years they have, retain their rebelliousness.

From the outskirts of Campin, before the doors opened for admission, it was noted that the anxiety of the attendees to see the rock idols was not little. But it also remains to be noted that the organization of the logistics was such that many people were pleasantly surprised with the speed of entry and exit of the place, an average of 10 minutes, when it can usually be half an hour, or more.

The engines heated up to the rhythm of ‘Dúo’ and ‘Bolero fallaz’ by the Colombian rock group velvetywho were in charge of opening both dates of the Guns n’ Roses. However, after the first night Andrea Echevarri he complained that they had not been able to do a sound check, which caused problems in his performance.

For the second date, the woman from Bogota decided to clarify what happened and emphasize that she was proud to be the one chosen to open the show. “Marica, yesterday I said, ‘gringos hijueputas’, but the truth is that I regret it. Because these moms didn’t give us a sound test, but they gave us a sound, not even the son of a bitch. What a chimba to open to these moms, ”said the singer.

However, after these statements, the technical problems began again and Andrea Echeverri’s annoyance returned. After trying several microphones, they found one in which they could finally hear everything the Bogota artist said. To end the show, the velvety frisbys were thrown to the public to preserve a special memory, mixing velvety already the guns and roses. 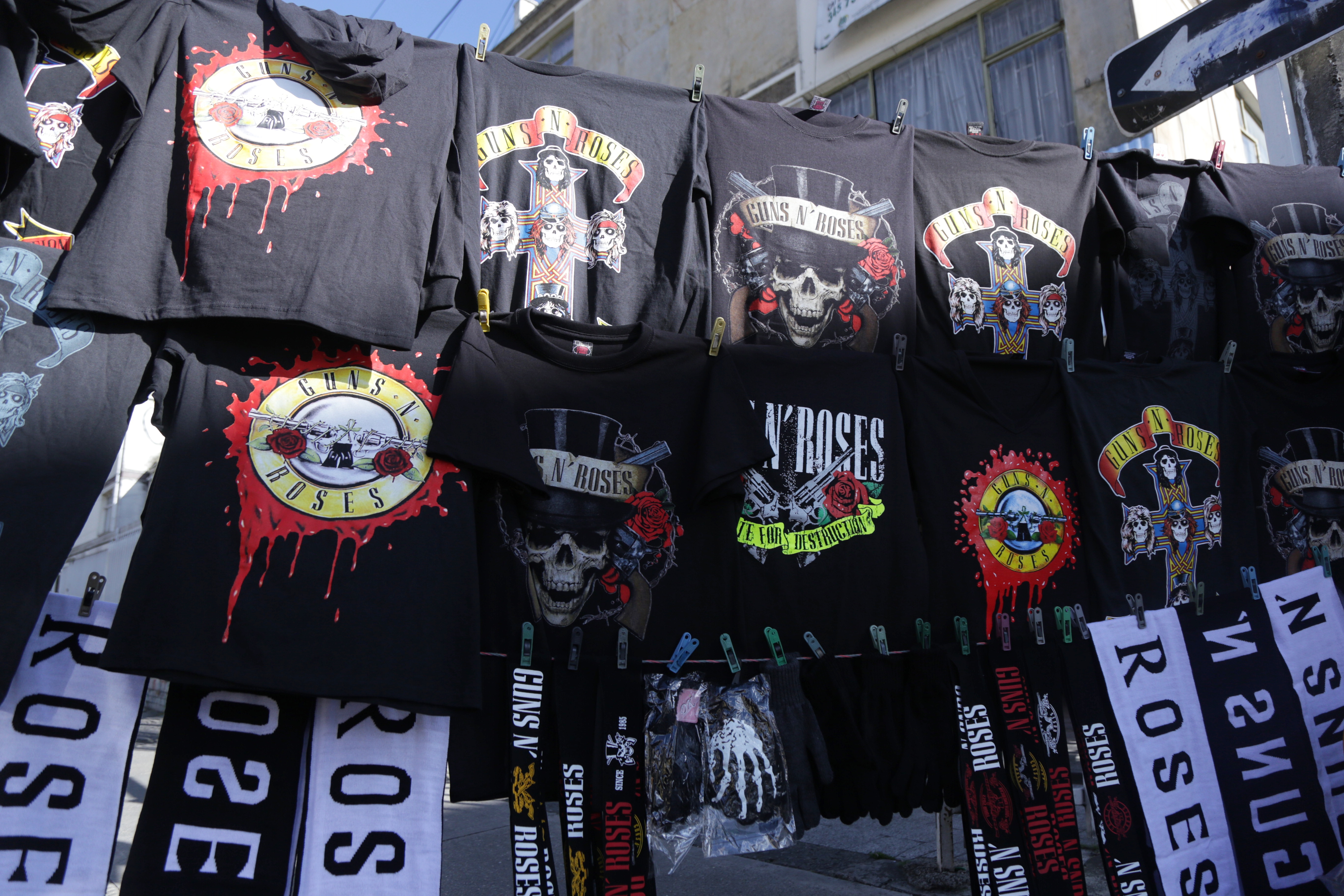 Prior to the Guns and Roses concert in Colombia. colprensa

Then came the most awaited return, to see Axl Rose Y slash on a stage in Bogotá. ‘It’s so Easy’ was the song selected to open the event and they immediately continued with Mr. Brownstone, from the famous album Appetite for Destruction; followed by Chinese Democracy, from the self-titled album and Slither.

On stage it can be noted that despite the years, three consecutive hours of shows do not stop the artists who jump and run from one side to the other. As Axl surprised with quick changes of clothes, slash He demonstrated his talent on the different guitars before an audience that remained silent while he took the stage with his guitar solos.

The fifth song with which they managed to raise all the attendees on the capital’s sports stage was the rock classic that came out in 1987, and which is the second single from the Appetite for Destruction album, Welcome to the jungle. Only the first notes of that song caused the euphoria of the public jumping in the whole Campin.

There weren’t many words that the artists addressed to the Colombian public, but each ‘thank you very much’ or ‘hello motherfuckers’ from Axl generated a reaction from the public.

Estranged, Shadow of your Love, Rocket Queen and You Could Be Mine were other songs with which guns and roses pleased an audience that, between each song, applauded each guitar solo with which slash delighted them.

Much has been said previously about Axl’s voice and the ability to slashdue to the obvious passing of the years, and although differences are noticeable, it does not end with the talent of those characters who became rock legends. 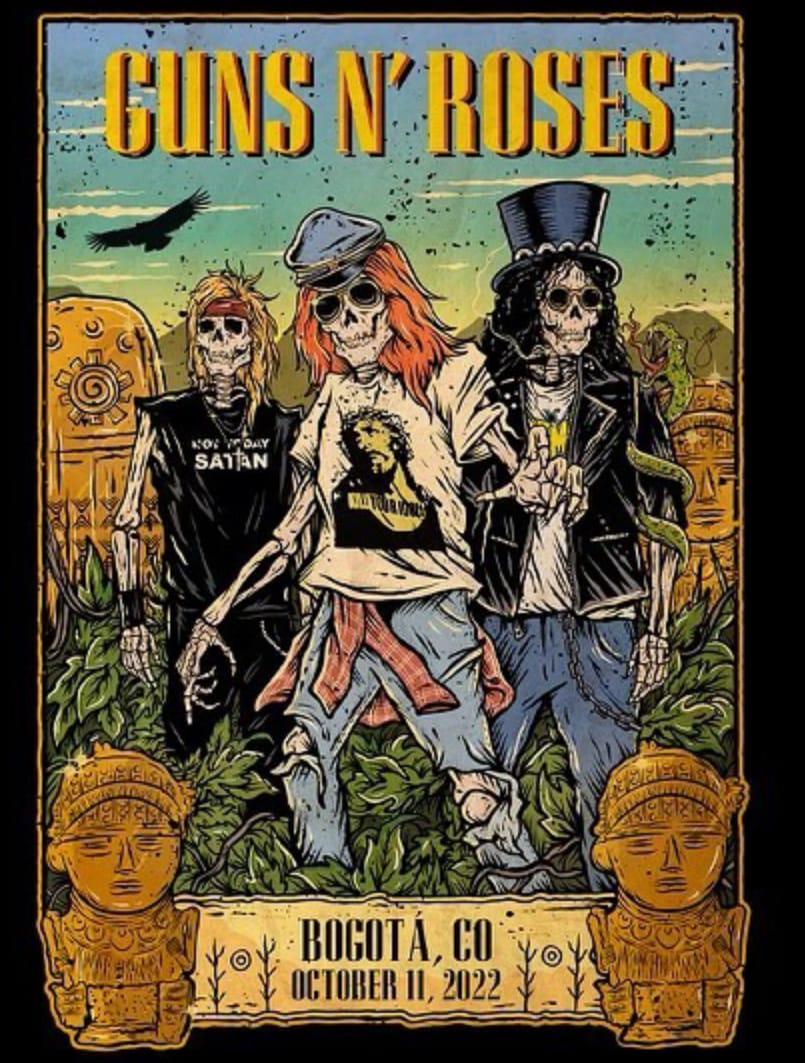 Official poster of the Guns and Roses concert in Colombia. Taken from the band’s networks.

Civil War was a special moment in both presentations, as the band played with two Ukrainian flags, which were on each side of the stage. It should be remembered that at the time of its release, this song gave the industry something to talk about, not only because of its musical quality and lyrics that condemned violence in the world. In addition, she was recognized for the four guitar solos performed by slash.

A clear sky was the atmosphere for November Rain, a moment marked by feeling to see Axl at the piano and because it is impossible not to remember that anecdote from 92, when a strong storm accompanied the band in their presentation and especially in that song. Although many hoped that by a miracle it would rain right at that moment of the concert, because of how magical it would be, the moonlight was more than enough.

Rock nostalgia closed the presentation of the gunners in Colombia and their tour of Latin America with a flourish, as they ended with hymns such as: Patience, Don’t Cry and Paradise City. To say goodbye, in addition to receiving the applause of thousands of Colombians, Axl threw his red microphone into the public, while slash Y Duff mckagan They gave several spikes to those who managed to grab them in the air.

Maybe this is the last time the guns and roses are presented in Colombiaamong the public there was a feeling that something was being experienced that was not going to be repeated, at least not soon, the truth is that at least now there is a new story of Bogotá and the Gunners, although that tragic and special night of 92 will continue to be remembered in the country and that this presentation was postponed, since it was budgeted for the Stereo Picnic, canceled due to the pandemic.

Millionaire chicken in Cartagena: Brazilian tourist who had been scammed recovered part of his money
Mayor of Medellín proposes to eliminate the mask inside the planes during flights

Guns and Roses in Bogotá: these were the two concerts in Colombia that paid off a debt of three decades