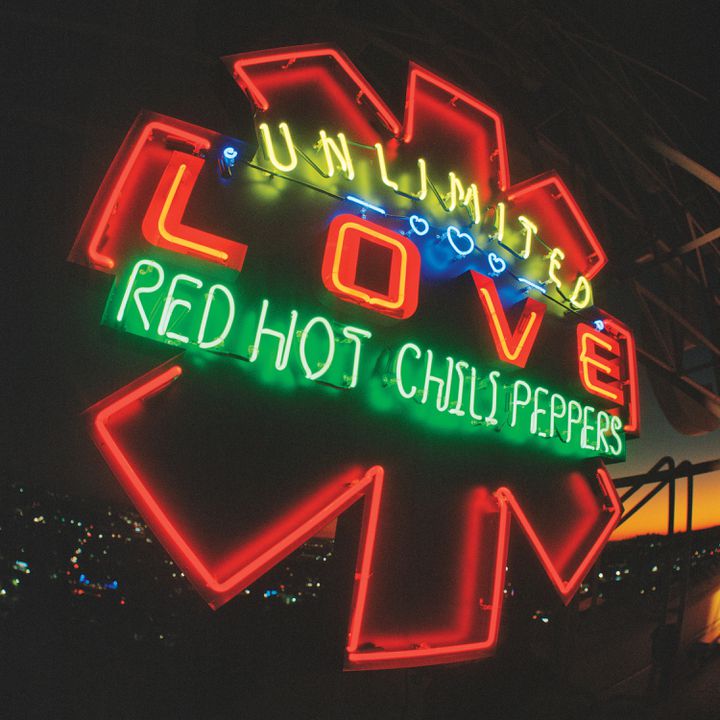 After almost forty years of career, do the Red Hot Chili Peppers still have the flame, do they still have the mojo? This is necessarily the first question that arises when addressing Unlimited Lovethis twelfth studio album by the Californian group with planetary hits (Give it Away, Under The Bridge, Californication…) and more than 90 million albums sold.

The prodigy guitarist John Frusciante, returned to the fold after sixteen years of absence (since Stadium Arcadium in 2006), gives us the first indication: his guitar lights the fuse by illuminating the opening title BlackSummer. His presence on the album turns out, as expected, crucial, his six strings giving the songs a singular bite and propelling them regularly into another dimension.

After the short-lived sprain of the last album (The Getaway in 2016), for which they were going to seek the producer Danger Mouse, then very in vogue, Unlimited Love also marks the return of the faithful Rick Rubin, who has accompanied the rise of the group since Blood Sugar Sex Magik in 1991. The long-bearded studio wizard was so moved to be in it again that he, he says, cried a few tears during the first reunion rehearsals with Frusciante. We are therefore on familiar ground, that of the best possible configuration of the group.

You have to approach this disc without expecting anything extraordinary. Immerse yourself in it as you would enter a childhood vacation home, an endearing and familiar place linked to many happy memories. There is inevitably something nostalgic, regressive, in listening to Les Piments Rouges today. Let’s face it: we all moved on a long time ago.

Of course, we can point out everything that’s wrong, everything that we know by heart and better about this group, everything that smacks of the rehashed, the repetition and the self-parody, of the eternally bouncing bass of Flea, with annoying borderline-rap phrasing and too often meaningless lyrics by Kiedis. But we can also choose to rejoice that the quartet is still on its feet, that it is content to play Red Hot without trying to stick to the times and above all that this album exudes the simple happiness of be together.

“We were so grateful to have the opportunity to be together again“, assure Anthony Kiedis, Flea, Chad Smith and John Frusciante in the press kit. “We’re like new, like a new band“, confirms John Frusciante in an interview with the NME. “I put a lot less of my ego into it than before and I think that was the case for everyone. It wasn’t so much a competition as the desire to give of ourselves to others and to be excited to listen to what others were bringing.“, adds the guitarist, for which “this record represents our love and faith for each other.“

On this long disc of 70 minutes and 17 tracks, there is good and dispensable, elastic funk rock as they know how to do it so well, as on the hopping Aquatic Mouth Dance and its brass in which Anthony Kiedis recalls the early years of the group, or on Child posteron which the singer lists his first musical loves, from Melle Mel to Richard Hell, from Adam Ant to Parliament, via the Ramones and Led Zeppelin.

The disc provides breathing space with ballads on which Kiedis is crooned (Not The OneIt’s Only Natural) and the softer guitar, with its liquid notes, without forgetting the closing acoustic title Tangello, a lullaby that will do wonders around campfires. There are also more fiery titles, like the proto-grunge These Are The Waysand especially the two tracks on which John Frusciante shines particularly: The Great Apes and The Heavy Wingcrossed by impressive solos.

John Frusciante, as we said, leaves his mark all along, from small patterns to beefy riffs. But the magic touch of someone who has spent the last ten years experimenting with electronic music is probably not unrelated to the countless sound effects – hissing text messages, ringtones, sirens, among others – which animate this disc. beneath the surface.

In any case, the group did not suffer in times of pandemic from any breakdown of inspiration. Frusciante even confides in the NME that the sessions in Rick Rubin’s studio were so fruitful that they kept some under the sole: “50 songs” would have been recorded in total, enough to consider releasing a second album fairly quickly whose energy would be “more relaxed and less intense” that this one.

In the meantime, a long stadium tour awaits them, which includes two dates at the Stade de France on July 8 and 9, 2022. They will undoubtedly slip in a handful of songs from Unlimited Love in their setlist of past hits. These hits that have not aged, alone capable of making us look decades younger in the blink of an eye.

“Unlimited Love” by the Red Hot Chili Peppers (Warner Records) was released on April 1 – The group’s tour begins in Europe on June 4 in Seville (Spain), and passes through the Stade de France on July 8 (full) and 9, 2022 (all dates here).