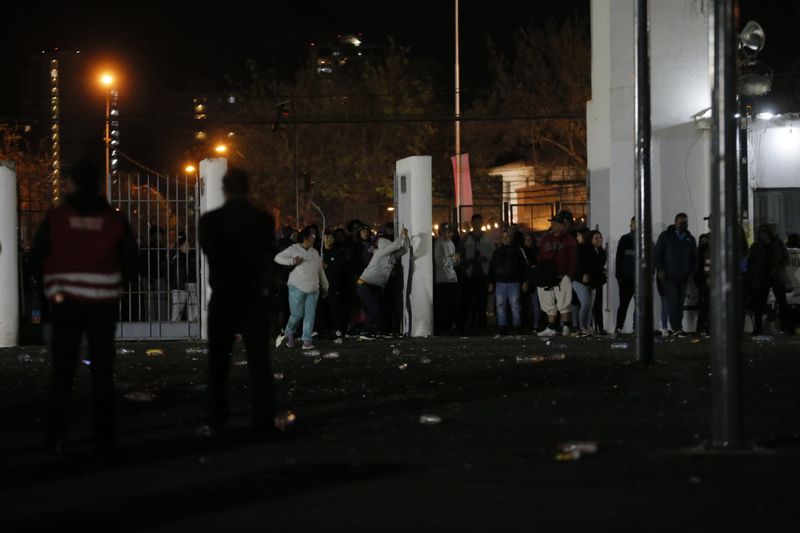 The avalanches of people who forced their way into the National Stadium, throwing down bars and attacking a validating official, during the first of the three shows that Daddy Yankee offered in the country at the end of September, they focused on the security of massive events. Even more so when in recent times there have been incidents in shows such as those of Billy Idol and Gojira, which put both the security guards and the attending public at risk.

For this reason, shows 2 and 3 of the Puerto Rican in the same coliseum of Ñuñoa required a coordinated plan between the production company Bizarro and the Presidential Delegation of the RM. For Jorge Ramírez, general manager of Agepec, the situation warrants fine-tuning the public-private relationship. “A rethinking of the entire structure of events is required in terms of security, Because they have their limits. The only ones who can effectively control the surroundings of the enclosures is the Carabineros. The private guard can only provide a complementary and educational service within the enclosures”.

The regulations of the guards have antecedents such as the DL 3,607 from 1981 and has had updates such as the Decree 261 exempt from 2020, which establishes the operating manual. There it is established that the people who work as private guards they do so exclusively “within a certain compound or area” and cannot “possess, possess or carry firearms.”

This last point was marked by the director of Bizarro, Alfredo Alonso, in a conversation with this medium after what happened at the Daddy Yankee shows. There he assured that the law limits the action of private security, so “From the gate to the inside it is our responsibility, from the gate to the outside it belongs to the State”.

In addition, the law establishes as a requirement the OS10 security guard training course certification, which is currently offered by several companies with market prices that range between $120,000 and $140,000, and last from 90 to 100 hours depending on who offers it.

Regarding the age composition of the staff there are some details. “Years ago it was decided to hire more female and adult guards, because they generated more respect in the face of aggression. If you had very potted guys, what was generated in the end was the immediate conflict, “explained Alonso. Other producers consulted by this means detailed that as a result of the violent events in some shows, it has become difficult for security companies to complete the requested quotas of guards, which is why older adults are used.

Despite this, from the entertainment industry they emphasize that violence surpasses any preparation. “No one is prepared for lack of control and madness, no one Ramirez points out. Therefore, it is not correct to pin the responsibility of what happens on the guard of an event. Errors were probably made, but nothing else is possible than to mitigate. And he warns: “This is going to cause a series of problems. The protection measures, the control with hundreds of people with digital surveillance systems are going to make the production of the events more expensive.”

The number of guards required per show is determined from the expected capacity. This is processed from the request for a massive event, as regulated by the circular 28 of the RM Administration (established after what happened at the Doom band show in 2015, which left three dead and five seriously injured after an avalanche), as well as the observations of the police OS-10 that participates in the process of decision. Regarding the salary of a guard per event, Industry sources detail that on average these are around $25,000 and $35,000.

For Jorge Ramírez, the current situation merits an effort to improve the legislation. “You have to do new protocols to professionalize and give better tools to those who exercise the activity of private guards. You have to work together with those who do the events, the authority often works behind closed doors and does not sit down with those who have the experience. Now, there are hundreds of events that take place in complete normality.”


You can view our social media profiles here and other pages on related topics here.https://kjovi.com/related-pages/