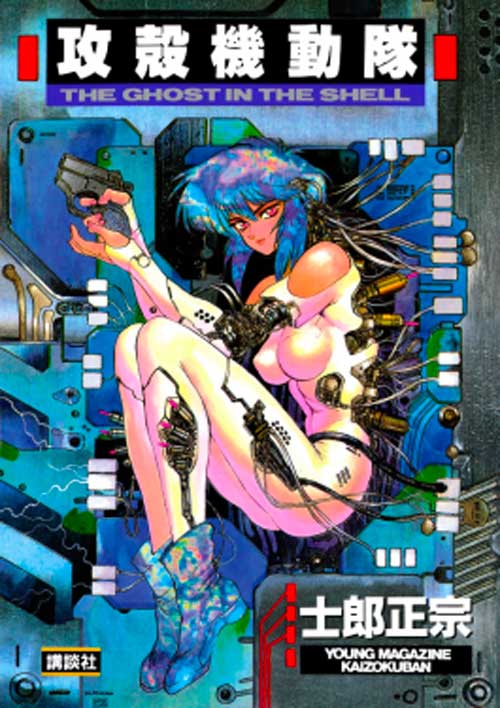 The second season of Ghost in the Shell (GITS) is live on Netflix. If the realization still hurts the eyes, the plot takes on more momentum. In the end, as for the first season: the feeling is mixed.

2045. In a world in perdition, where a parking space and sandwiches cost several hundred dollars, where brains are connected to servers, where an economic crisis known as the Global Simultaneous Default has destroyed the peace international community, the concept of lasting war has become commonplace. While Section 9 (an elite counter-terrorism unit) re-forms in the first season to deal with the threat of post-humans, it returns in season 2 to investigate the polonium poisoning of a Russian national named Kukushkin, it seems at the origin of the creation of these assassin cyborgs, always the same post-humans. So much for the pitch of the second season. Tantalizing. Intense. Like a nod to our reality.

The CGI is definitely not a success for GITS

And yet, all is not successful in this second season. As for the first elsewhere. Might as well get straight to the point: visually, it’s still just as unpleasant. The CGI (for Computer Generated Imageryor three-dimensional computer graphics, a technique used to produce Ghost in the Shell) is not really a success. The textures and decorations are coarse. The characters, already not very conducive to emotions in the original manga, are cold. Their lips don’t move and it’s not always due to Major Motoko Kusanagi’s gift of telepathy. We often have the impression of attending PlayStation 2 cinematics. In short, the charm of Masamune Shirow’s drawings has been lost along the way.

That said: beyond the form, there is the substance. And therein lies the true strength of SAC_2045. Because, where the film had bet everything on photography and a watered-down script, where the anime of the 2000s spoke above all to connoisseurs and sometimes got lost in the labyrinth of manga, SAC_2045 gains in clarity and accessibility. The plot is effective, the military investigation still works as well and we get answers to questions left unanswered in the first season. The continuity of the plot is there. Better, it is growing. There are twists, especially around the character of Purin Esaki, a service geek of Section 9, and Kukushkin. Like a desire to finish an episode to start another.

A future rapprochement between Matrix and Ghost in the Shell ?

Another certainty in this second season: the combat and action scenes are better scattered and give relief to the overall composition of GITS. One series of shots, in particular, are worth seeing in the second episode: a hunt for post-humans on the highway that ends in a gunfight on the roofs of trucks. A definite nod to the quadrilogy Matrix and this passage in Reloaded where the Merovingian twins hunt the master of the keys. Moreover, the growing thickness taken by John Smith (Agent Smith?) in SAC_2045 leaves few doubts about the future rapprochement between the two worlds. Ghost in the Shell was an inspiration to the Wachowski sisters. It could eventually become a prequel to Matrix.

The relief of this second part finally comes from the dialogues, a little more developed than in the first. A lot of clichés and shortcuts for Major Motoko Kusanagi, the chef, Batou, the raw lieutenant or even Daisuke Aramaki, the big boss of Section 9, very fond of cookie-cutter morals – and leave room to more intricacies about this ultra-connected world they are trying to contain.

In summary, by turning a blind eye to this realization that is too far removed from the original manga, which also brings nothing to this new version of GITSthe second season of SAC_2045 is very well made, once again. Enough to put the cover back with a third season? Only the future and the reception of this second season will tell.

“Ghost in the Shell: SAC_2045”, aesthetic to review, but addictive


Explore our social media accounts and also other pages related to themhttps://kjovi.com/related-pages/