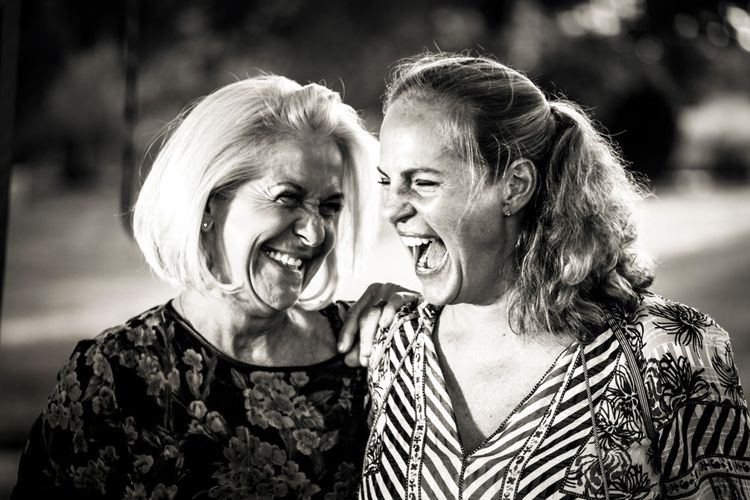 When a cuvée is born from a meeting: these duos of winegrowers have bet, each in their own way, on the many rich tastes of rosé.

Water from the Hamptons is what rosé is called in this chic seaside resort on the east coast of the United States. Which gives an idea of ​​its consumption… Hampton Water is also the name chosen by rock icon Jon Bon Jovi (130 million records sold) and his son Jesse Bongiovi for their wine made by producer and merchant Gérard Bertrand, in Languedoc. “We tasted rosés from all over the world before realizing that this region produced some of the best kept wine secrets on the planet! », indicate the father and the son. the winemaker, “won over by their family business project for a lifestyle wine”, develops this fruity rosé with a pale color, a blend of Grenache, Cinsault and Mourvèdre aged partly in barrels, “harmonious and racy like a chiseled song”.

Like those we have been listening to for twenty years at the international jazz festival of Château l’Hospitalet, one of its emblematic estates? “We share the same love of family, food, friends, good wine and good music”, summarizes Jon Bon Jovi. Hampton Water, launched in 2018 in the United States, continued its success story in 50 countries and is now pouring into France (at Carrefour and Monoprix) and Europe (in 24 Hard Rock Cafés) with its 2021 vintage, the fifth . A million bottles at the very least. And like “80% of Americans buy mainly with their eyes”, according to Jesse Bongiovi, the label says it all: a naiad plunges straight into refreshing waves against the backdrop of the setting sun.

The Amistà, by Valérie Rousselle and Ariane de Rothschild

The table is nicely set on the shaded terrace of the former Templar commandery from where you can take in the entire vineyard at a glance. Amistà is a refreshing tribute to this sun-kissed Provencal beauty. And the fruit of an unexpected friendship between Valérie Rousselle and Ariane de Rothschild. The two businesswomen share audacity, tenacity, imagination, elegance and the same demand for excellence, but did not know each other. One, a Tropezian, knew all about hospitality but nothing about the vine when she became a winegrower on a thunderbolt for this classified growth. The other, a globetrotter and polyglot, started out in banking before heading all the activities of the Edmond de Rothschild group – banking, hotels, private equity, high perfumery and wines.

“I wanted to create a rosé for a long time”, explains Ariane de Rothschild. A gap in the range of its products from Bordeaux, Spain, South Africa, Argentina and New Zealand. The chance of a meeting, the magic of affinities and here is Amistà, born in Château Roubine, 72 hectares of vines in one piece cultivated in biodynamics. The Bordeaux and Provençal oenologists of Ariane and Valérie chose the plots and blended five grape varieties for complexity and balance – Grenache Noir, Cinsault, Syrah, Mourvèdre and Tibouren – vinified separately and aged on fine lees. Five thousand bottles only for this first vintage, a straw, but happiness is the only thing that is worth double when you share it.

One is a rather discreet winegrower whose vintages are nevertheless very prominent; the other is a world pop star, with 80 million records, and whose very young wine brand has already sold more than 4 million bottles in less than two years. Side A of Kylie Minogue Wines: an Italian rosé prosecco, a Spanish organic cava brut, a New Zealand chardonnay, an Australian pinot noir. Side B: a Saint-Chinian Merlot, a Côtes-de-Gascogne Sauvignon Blanc, a Vin de France rosé and, therefore, this Côtes-de-Provence classified cru rosé, from the 110 hectares of vines at Château Sainte-Roseline , which is completing its conversion to organic this year.

Even if the Australian still admits to being stupid, “Kylie Minogue knows what she wants, comments Aurélie Bertin, the owner. In this case, she asked us for a round, very aromatic and fruity, fresh and glamorous wine with a rose petal color. Our first assemblies were too complex. Very meticulous, she controls the smallest detail, from blending to tasting, including the shape of the bottles, the labels, the color of the wine. » The star, “creative director” of his brand describes it “like a pink light that radiates around you”. Last October, the “hit girl” created quite a stir when she came to the property. She wants to meet the winegrowers in the field, knowing perfectly well what she owes them. Aurélie Bertin and Kylie Minogue have signed a five-year partnership. The princess of pop aims to become, in terms of wines, “a trusted source of quality and value” and already dreams of adding a champagne to his portfolio.

Apart from an attachment to Lyon – Michel Reybier was born there and created his first companies there, Tony Parker (TP for the fans) owns the ASVEL Lyon-Villeurbanne basketball club, founded the first Tony Parker Academy there. and is regularly announced as president of Olympique Lyonnais – what can bring the seasoned entrepreneur closer to the Franco-American basketball champion? Business acumen and the art of rebounding. Obvious for Reybier, who has successfully moved from agrifood to luxury hotels (the La Réserve group), to health, well-being and cosmeceuticals (Nescens) and finally to wines (Cos d’Estournel, La Mascaronne , Hétzsolo, Jeeper…).

Patent also for Parker, dribbling from the NBA floors to his Infinity Nine holding company (fashion with Wap Two, sport and training with the TP Academy Lyon and another which will open in Saint-Ouen after the Paris Olympics, ski lifts on the estate Villard-de-Lans ski area, shares in the Smart Good Things group, etc.). Here he is now a shareholder of Champagne Jeeper and the Provençal property La Mascaronne (about sixty hectares in production, including 52 organic, to which are added the 40 of the Lauzade estate, recently acquired). “The wines are all from the house vineyards, no grapes or juice bought from the trade”, insists Michel Reybier, who is aiming high in this very competitive rosé market. The global reputation of the former San Antonio Spurs star will be an asset for international sales and a sesame on the American market. Athlete and oenophile, “TP” declares having “always wanted to invest in a field with the desire to be behind the scenes”. Playmaker and leader in business, dubbed by Reybier who believes that“in France too, a top athlete can become a great entrepreneur, like Jean-Claude Killy”.

From Tony Parker to Bon Jovi, these new winemakers betting on rosé