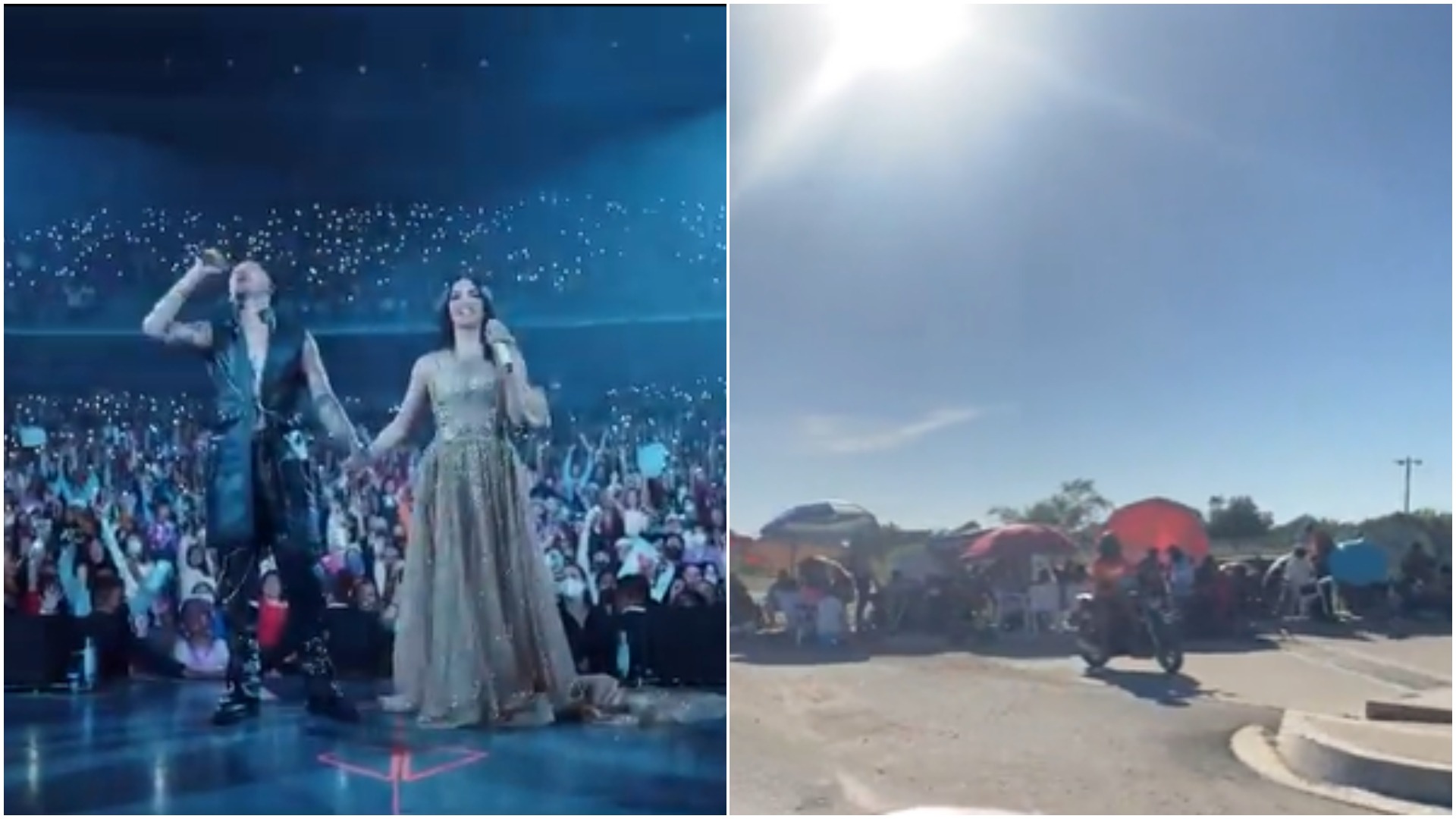 Kimberly Loaiza Y John of God Pantoja are one of the most beloved influencers and content creators on social networks, recently their fans of Mazatlan Sinaloashowed that they are even capable of camping in order to attend one of their shows.

The couple of youtubers will offer a concert at the stadium Kraken of Mazatlan FC on November 13, but ticket sales began this Thursday, October 13, exactly one month earlier.

The young people who are fans of Kimberly and Juan de Dios gathered outside the box office hours before they could buy their tickets, thus forming a long line between umbrellas, benches, folding chairs and even tents with blankets from those who spent the night outdoors.

“Thus the line for the purchase of tickets and that which is missing 24 hours for them to sell them”, could be read in the description of a TikTok user. In the video, hundreds of families could be seen anxiously awaiting the opening of the box office. Ticket costs to see the older cuteness and his partner at the concert were the following:

It should be noted that according to various reports from internet users and attendees to the event, it is known that all tickets have already sold out. The stadium kraken It has a capacity of 25 thousand attendees.

While some people were impressed by the long lines, the comments of people who do not like the content of Kimberly Loaiza and Juan de Dios Pantoja were immediate: “This is how they should line up for important things, not to go see a couple of w..yes that don’t even sing” and “I bet you that more than half of the 50 people who are there are resellers” were some of them.

Both Kim Loaiza and her husband have managed to position themselves as one of the favorite couples on the internet and thanks to their success on social networks they have even managed to reach television. Thanks to their fame, they have managed to do sold out at their shows in different states with Loaiza & JD Pantoja 13.13 Tour 2022so, knowing the sales they can have with one of their concerts, they decided that the presentation to be held in their native Sinaloa, 100% of profits will go to different causes.

Through a video they posted on their social networks, JD Pantoja and Kimberly Loaiza announced that, being from Mazatlán, they decided that the price of their tickets there will be lower than in the rest of their concerts.

“Family of Mazatlán Sinaloa and its surroundings, we are about to fulfill a dream together, the concert of JD Pantoja and Kim Loaiza in the port of Maza is a reality. For the first time Jukilop in the port. See you this November 13 at the Kraken Stadium at 08:00 pm with a unforgettable concert with guests and many surprises”, they began their message.

They added that the institutions to which they will send the profits from their sales in Mazatlan work to support mainly children and the elderly.

“The tickets for our concert in Mazatlan are almost free because we are from the port and we want to do something nice for our beautiful people. This November 13 we are going to donate together because the purchase of your ticket will not be for us, we are going to donate 100% of the profits from this concert to foundations in the port. children with autism, children without home and without family, Children with Down syndromepeople with disabilities Y asylums for seniors,” they said.

Kenya hinted at her ex in new song with Ha*Ash
“Con la Bichota”: Kim Loaiza is already a friend of Karol G and there could be a collaboration
Kimberly Loaiza looks “smart and sexy” in a new TikTok trend that adds millions of likes