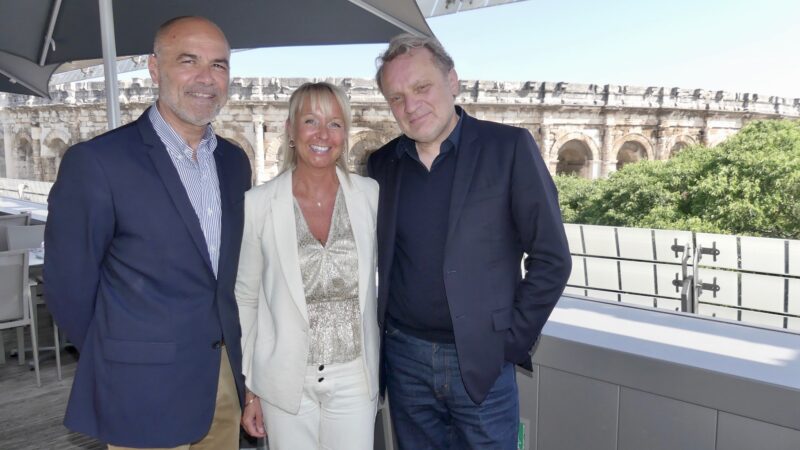 After a canceled edition followed by another orchestrated ” at least“, the Festival de Nîmes returns in 2022 in a complete version, reviving the performances before the health crisis.

September 23, 1983. Gardois Police fans will never forget this date. The arenas of Nîmes vibrated to the sound of the British rock band led by Sting, the first concert scheduled in this enchanting historic setting. Others will follow more or less regularly, before the creation in 1997 of the Festival de Nîmes. An event orchestrated over two evenings, in the presence of Noir Désir and Jamiroquai. The tone was set and the partnership between Adam Concerts and the city of Nîmes in 2001, made it possible to move upmarket. ” This allowed us to improve the technique and the conditions for hosting major productions.“, explained Stéphane Metayer, the director of the company organizing the event, during the press conference organized on Monday. The aid from the town hall of Nîmes is currently estimated at €300,000.

“It became the award of the year”

Over the years, the Festival de Nîmes has established itself in the summer cultural program locally, but also nationally and even internationally, offering between 15 and 20 concerts from June to July. ” It became the award of the year“, Satisfied Stéphane Metayer, recalling the 200 or so formations that have walked the arena scene, including those of David Bowie, Stevie Wonder, Rammstein, Metallica and Johnny Hallyday.

In 2019, 140,000 spectators took over the arenas of Nîmes as part of this festival. Other figures transmitted by Frédéric Pastor, deputy mayor, in charge of the Festivities: “ 25,000 hours of work were carried out on the site for 3,400 contracts. According to the observatory of tourist attractiveness led by the Nîmes tourist office, during the festival the attendance rate in the city center is up by 15%. The economic benefits are estimated at €7 million. »

Shut down in 2020 due to the pandemic, the machine was relaunched at least in 2021, with only six dates. The challenge this year is therefore to reconnect with the success of the pre-covid period. ” The strength of this festival is to have been able to postpone many concerts from 2020 to 2021 and from 2021 to 2022“, insisted Frédéric Pastor. One month before the launch of the festivities with the Gorillaz group, on June 17, several dates are already complete. This suggests a very good 2022 vintage.

A very special vintage since for the first time, Nîmes metropolis and the Occitanie Region are associated with the Festival de Nîmes. A way of ” hunt in packs“, as explained by Franck Proust – borrowing the favorite expression of Xavier Douais, the assistant to Tourism of Nîmes – to participate in the influence of the territory and its development. It is in this sense that the Agglo Nîmes, which does not have the cultural competence, participates in the promotion of this event for an amount of €55,000.

“A gateway to discover the city, its heritage and more broadly the region”

” Culture is an economic and tourist sector in its own right. This festival is a gateway to discover the city, its heritage and more broadly the region“, underlined the president of Nîmes metropolis. The Region’s budget amounts to €65,000. Julie Delalonde, regional councilor, also returned to the relevance of a cultural strategy in the service of tourism, marked by two major assets, the place and the programming. Orelsan, Sting, Kiss, -M-, Angèle, the Black Eyed Peas, Stromae, the Dutronc father and son, Deep Purple, Ninho and others will therefore be at the heart of the Nîmes arenas. ” It’s a great showcase for the launch of the summer season in Occitania where 500 festivals are scheduled. As a reminder, the Festival de Nîmes will take place from June 17 to July 24, 2022. Info and reservations by clicking here.

FAIT DU SOIR The Nîmes Festival, a tourist and financial windfall for the region – Objectif Gard