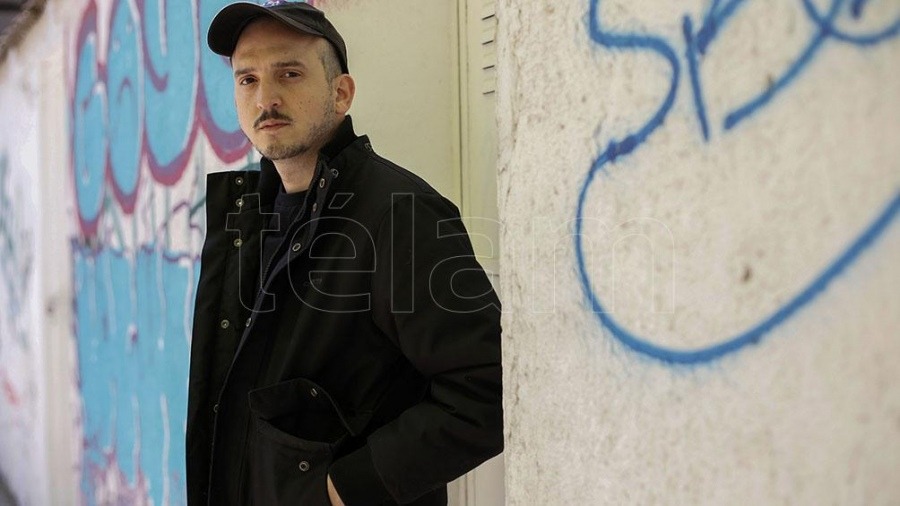 Facundo Cruz has several of the artists of the moment, such as Paco Amoroso, Chita, Lara91k, CA7RIEL, Dinastia and Taichu, who are part of a young scene that recovered the “lost epic of the 70s and 80s.”

For the next few months, your Clix Agency has quite an intense agenda, both nationally and internationally.

“We have artists with a lot of international projection in Mexico, Spain, Chile, Uruguay and the United States. There are plans to tour for the European summer, they will all be quite busy in 2022,” he explained in an interview with Télam.

The manager, musician, DJ and producer is not alone and explains that this explosion of what he qualifies as “young music” occurs both for its artists “and for the Argentine scene, because it is one of the most interesting and varied Spanish-speaking : there was already something for all tastes and it continued to grow in a pandemic.”

Cruz denies the nickname “trap”, although he also embraces it as a symbology. For him, trap, used generically, encompasses something more than urban music to position itself in a classification of everything that is young and innovative outside of the guitar-bass-drums format, so characteristic of rock.

“The Argentine scene is one of the most interesting and varied Spanish-speaking: there was already something for all tastes and it continued to grow in the pandemic”

“Paco has Jamiroquai as a reference. Trap is Ysy A. I understand that now they encompass everyone within the trap, but, musically, Duki or Wos have nothing to do with CA7RIEL and Nicky Nicole”he argues, and vindicates the camaraderie and group spirit that all these artists carry in their blood.

“Duki is the first who understood it”he says, remembering how, without knowing him, he brought Paco and CA7RIEL on his tour, as a way of “going scrum” to the Old Continent and presenting young Argentine music as an extremely versatile army, with styles and colors that are complement each other and that can range from melodic recitation, to one with more fury, going through raw sounds and others that are more soulful and cumbieros.

In terms of releases, in a partnership that took him to the Ultrapop label, renowned for its delicate curation, Amoroso’s next album is coming in November (which he released a single last week), CA7RIEL in December, Lara91k in early 2022 and a little later one of Chita.

“The rarity of the album was broken. All those who only made singles now release records. The single demands success from you and the album gives you the opportunity to show all your facets, and that is something that artists do not want. lose. And for live artists it gives you more to do, the simple ones limit you”, he commented.

Télam: You programmed cycles, some radio program and you played. How did you link to management?
Facu Cruz: I was looking for something epic and I felt that what came in the 90s and 2000s didn’t have it. I was a musician, I played in bands like Los Campos Magnéticos. That indie had a hard time becoming something commercial. After I stopped going for a while, I started seeing bands and on that return I go to see Perras On The Beach and Ud Point it out to me and I see that there was a line to the corner. The themes were incredible and there was conversion with the public. “There’s something going on here,” I said. From there it was a snowball that did not stop growing. It was a very strong moment for young music. Parallel to that, El Quinto Escalón happened, and Cazzu, Duki, Neo Pistea exploded… young Argentine music was redesigning itself and connecting with the public more directly, they weren’t bottles in the sea. The big hand was the internet and YouTube. Luca Bocci uploaded an album and went on tour all year round the country, Mexico and Peru, with nothing, only with our management. The game changed very quickly.

T: How did the traditional industry adapt to these changes?
FC: The record industry had to reconsider before the new scene and I think it’s doing quite well. They are understanding the game and their new place. We have had good dialogues, we have done things and not. They changed the rules so quickly and they are listening much more to our proposals, contrary to the old stories. Today the artist rules more and the labels had to adapt to that.

T: In those quick changes, you also fell a lot of work at once. How did you absorb it?
FC: I put into practice what I had learned by watching and studying the way bands communicate. From the bands of the past to the current ones. I studied it as a nerd and realized that I had tools to turn dates into milestones and not announce them as just another show. That’s when I realize that I have these tools that I had acquired in the industry and I realized that I had the way to communicate a musical project. Organize and professionalize things. He went to the bullfights, but I don’t think I regret anything and I didn’t have anything left in the pipeline.

T: And the artists, how do you get them off the horse?
FC: They have to get on the horse, you need it. They have to believe it, not in a derogatory way, but being aware of the place they occupy and their responsibilities. It is a very fine and personal work. I approach the projects because I interpret what they want to do and then understand that there is a human and code base, of how to see the world, and we can work there. I was always able to work with people who are down to earth.

T: They inherit from rap, but they show themselves as a community, not as a gang war, as it was in the United States.
FC: At first that happened a bit in the networks, but they understood that it is not the one that goes and everyone pushes for the same side. Some have better chemistry, but they know they’re breaking it and there’s something of belonging to a scene from a cool place. Everyone raises the flag of something that exploded here and around the world. Camaraderie is key.

T: And how do the individualities of artists coexist in a world that homogenizes everything?
FC: It’s quite simple because they all have characteristic and well-defined profiles. They are very recognizable and will always keep their profile defined, it is what awaits them. They are faithful and do not get dizzy. They know what they want. The artists of the agency also work with each other, groups them and represents them.

Facu Cruz, manager of the hits of the moment: “What I was looking for was the lost epic”