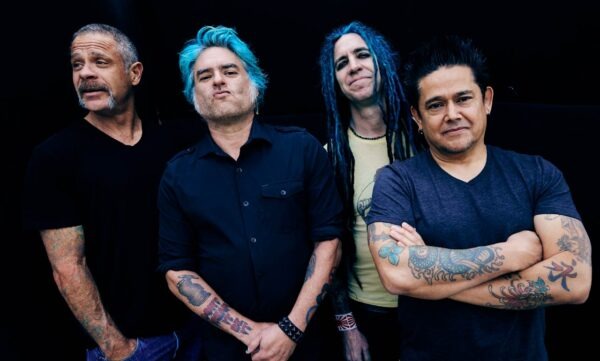 For some time now, the iconic Argentine group, ANIMAL., revealed that he was working on new material, so many fans were excited about an album of unreleased songs from the band led by Andrés Gimenez. This October 12 at midnight the new work of the group finally came to light and the surprise for everyone was that it is not about new songs but about versions of their best songs, with special guests.

Extreme Intimate – 30 Years is the name of the album that the band has just released, a production framed in the same idea that led them to perform the show “Intimate and Extreme” in Buenos Aires in 2017, an event where the themes were arranged, even changing various rhythms and re-versioning songs into something that seemed like covers of the original.

trending
NOFX will retire from the stages in 2023, according to Fat Mike

ANIMAL He decided to record these new versions of his music and this time he does it in the company of well-known artists, some from the rock and metal genre, while others are -for many- on the opposite path, generating controversy and debate among fans. from the time of the announcement.

The advance theme, a duet with Juanes, was published a few hours before and from that moment positive and negative comments could be read. Later, the complete list of songs was revealed -which are already available on streaming platforms- and many lost a screw when they saw Lali, Ca7riel, Neo Pistea, Abel Pintos, Draco Rosa and more on the list. Below is the full list of songs and their respective guests:

Andrés Gimenez gave his opinion about this release and confessed to being very excited to finally see this work published in which, in addition to artistic producer, he was executive producer.

I am very excited to see that this amazing work finally came out, grateful to all those who made this dream come true, to each of those musician friends, colleagues, artists that life gave us and united, each one committed himself from the heart and left his seal putting everything in each song, 30 years of passion, love, feelings, music, family, friends, faith, now I only hope that God gives me the strength to go out and play and enjoy again with my colleagues and you once again !!! , Hugs of the soul are loved and missed.

We will not issue an opinion at the moment, so as not to predispose you, and on the contrary, we invite you to listen to the album carefully, so that later we can debate on social networks. Listen to “Intimo Extremo 30 años” in full below:

Recorded at Monasterio Estudios between February and May 2022 in Buenos Aires, Argentina.