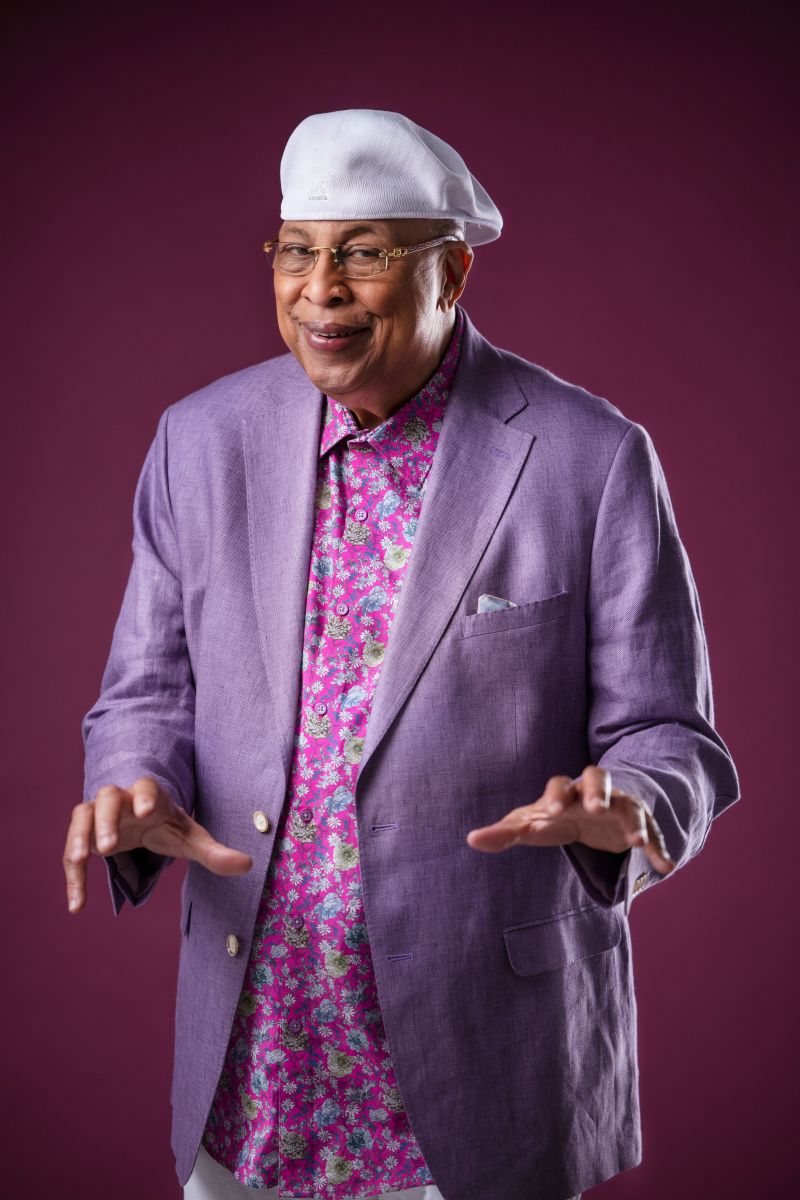 On the occasion of National Hispanic Heritage Month, Jazz at Lincoln Center brings back Chucho Valdés, Cuban piano virtuoso and distinguished composer, to the Rose Theater at Frederick P. Rose Hall on Friday, October 7 and Saturday, October 8, At 8:00 pm. In celebration of Chucho’s 81st birthday, the maestro will perform his new composition, La Creacion con Orquesta Yoruban, his new four-movement suite that explores the story of creation through the ritual music of Santería, the music of West Africa. and the blues. Jazz at Lincoln Center is located at Broadway Avenue and 60th Street. Visited to buy tickets and get more information.

RESPECT at the Kings Theater

The Queen of Soul comes to the Kings Theater (1027 Flatbush Avenue, Brooklyn) with a concert experience like no other. A tribute celebrating the legendary Aretha Franklin, RESPECT follows her story through a soundtrack of the hits that made her the Queen of Soul. More than just a concert, this is the Aretha experience like no other featuring all your favorite hits in one night including “Natural Woman”, “Think”, “I Knew You Were Waiting for Me”, “Chain of Fools” , “Respect”, and many more. The event will kick off on October 6 with additional performances on October 7 and 8. For tickets and additional information, visit:

The New York Coffee Festival will take over the Metropolitan Pavilion (125 West 18th Street Manhattan) from October 7-9 to bring together the best New York has to offer in coffee, food, cocktails, live music, art and more. Novices and coffee aficionados alike can look forward to unlimited tastings and presentations from over 100 of the most innovative exhibitors in coffee, tea and more. The three-day festival will also feature The Lab program with an exciting lineup of interactive demonstrations, educational workshops, talks and tastings. Tickets on sale at: www.newyorkcoffefestival.com

From October 7 to 23, the Teatro Círculo will stage the classic “Fuente Ovejuna” by Lope de Vega, a work known for its vivid representation and criticism of the abuse of power. The piece, under the stage direction of the Spaniard Mariano de Paco Serrano, tells a story about collective empowerment. The costumes, elements and scenery were designed by Israel Franco Müller (Puerto Rico); Lope’s word made into understandable verse is in charge of the verse director Karmele Aranburu (Spain); and the cast is made up of José Cheo Oliveras (Puerto Rico), María Fontanals (Spain), Eva Cristina Vásquez (Puerto Rico), Juan Luis Acevedo (Puerto Rico), Gemma Ibarra (Spain), Pablo Andrade (Venezuela), Fernando Gazzaniga ( Argentina) and Daniel Alonso (Spain). The play, in Spanish with English subtitles, will be performing at the 36th Street Chain Theater (312 West 36th St., 3rd floor). Tickets: www.teatrocirculo.org/tickets

This Saturday, October 8, Sebastián Yatra will arrive at the United Palace Theater (4140 Broadway 10033) with his first world tour “Dharma World Tour”. The Colombian artist will perform tracks from his multi-platinum album “Dharma,” recently nominated for four Latin Grammys, along with some fan favorites, including this year’s mega-hit “Tacones Rojos” as well as “Couple of the Year.” , “Chica Ideal” and her new piano ballad “Contigo”. Doors open at 6:00 pm, show at 8:00 pm. Tickets in: ticketmaster.com

Wisin and Yandel at the Madison squaregarden

Their “La Última Misión” tour has sold out stadium after stadium throughout Latin America and this Saturday, Wisin y Yandel arrive at Madison Square Garden with their farewell concert. The performers, who once again made history by selling out 14 performances at the José M. Agrelo Coliseum in their native Puerto Rico, will perform their countless classics, such as Rakatá and Noche de Sexo, as well as songs from their new album that has the same title of his tour, which reached all digital platforms on September 30. At 8:00 pm. Tickets: ticketmaster.com

Legendary Argentine musician Fito Páez, who this year received three Latin Grammy nominations today including Best Pop/Rock Album for “Años Salvajes”, brings his tour “El Amor, 30 años más del amor” to Radio City Music Hall, which will bears the title of their seventh album and that marked an entire era in Latin rock. Hits like “A roll my life”, “A dress and a love”, “Tombs of glory” and “The magic wheel”, will be part of the concert this Sunday, At 8:00 pm. Tickets: ticketmaster.com

Myriam Hernández kicks off her tour in NYC

Myriam Hernández, who will be distinguished with the award for musical excellence from the Latin Recording Academy, responsible for the Latin Grammys, being the first Chilean artist to receive this recognition, returns with her most extensive tour in the United States that will begin in the tri-state area. The presentations will start next Monday, October 10 at the United Palace, and then continue in Westbury, NY, Elizabeth, Nj and Stamford, Connecticut. At 8:00 pm. Tickets in: ticketmaster.com

Spain’s Great Match, presented by Foods and Wines from Spain and #alimentosdespaña, returns to New York. The Spanish food and wine event, organized by the Spanish Trade Commission, will take place on Wednesday, October 12 at José Andrés’ Mercado Little Spain, located in Hudson Yards. It will feature more than 300 of the best Spanish wines, five regional wine bars, four gin and brandy bars, a beer bar that includes a beer made with olives, tastings of the country’s emblematic dishes and excellent culinary ingredients, seminars , quick tastings presented by leading Spanish wine experts, food and wine pairings, and more. 100% of the proceeds from ticket sales will go to World Central Kitchen, a charity founded by renowned chef José Andrés. Tickets and information:

Events agenda: concerts for all tastes