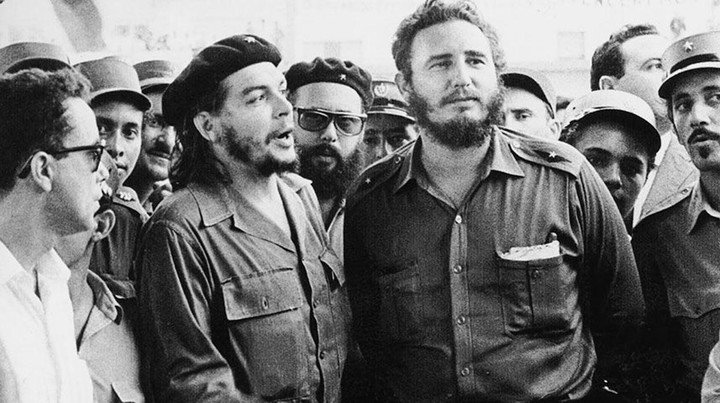 The capture of Ernest Guevara in Bolivia there was October 8th of 1967 at the hands of the Bolivian police forces, who had the support of the CIA to find the whereabouts of the Argentine-Cuban revolutionary. Finally, the “Che” he was assassinated the following day by Bolivian sergeant Mario Terán.

The Bolivian police had displayed posters throughout the country with the following message: “$10,000,000 Bolivian pesos for each one alive. These are the mercenary bandits at the service of Castro-Communism. These are the cause of mourning and pain in Bolivian homes.” Information that is true will give the right to the reward. Bolivian citizen, help us capture them alive as much as possible.”

Faced with the imminent arrival of the Bolivian police, the Che He tried to escape, but was captured and taken to the La Higuera school, where he was shot the next day by Mario Terán. Later, his body was placed in a marble sink in Vallegrande, where he was photographed to confirm his murder.

Son of Ernesto Guevara and Celia de la Serna, the Che He was one of the leaders and ideologues of the cuban revolution, and later held various political positions in the country such as Minister of Industry, President of the National Bank and Director of the Department of National Industrialization. His love and commitment to the Cuban people was born after meeting Fidel and Raúl Castro on a trip to Mexico in 1956, and from there they began to diagram how they could carry out the Revolution.

In turn, the October 8th 1927 born in Bahía Blanca Cesar Milsteinrecognized for his work in medicine and awarded the Nobel Prize in Medicine in 1984 for his research on monoclonal antibodies.

Milstein He was the second of three children born to his parents Lázaro Milstein and Máxima Vapñarsky. Since he was a child he was interested in medicine, so he decided to study Chemical Sciences at the Faculty of Exact and Natural Sciences of the University of Buenos Aires (UBA). Already graduated, years later he did a doctorate in chemistry and a mention by the Argentine Biochemical Society.

He received a scholarship at the University of Cambridge, and after the military dictatorship came to power in Argentina in 1962, he decided to settle permanently in the United Kingdom. There he served as head and director of the Division of Chemistry, Proteins and Nucleic Acids at the University of Cambridge, where he carried out the development of monoclonal antibodies that earned him the Medicine Nobel Prize in 1984.

In the same sense, the October 8th In 1984, the American singer of Puerto Rican descent was born. Bruno Mars. As a young man he already showed his ability to act on stage, so he was motivated by his loved ones to move to Los Angeles to try to succeed as a musician.

Inspired mainly by Michael Jackson and Elvis Presley, Mars began to perform small shows until in 2009 he signed his Atlantic Records contract, which allowed him to release his first album, “Nothin’ on You”, worldwide, in which the singles Just the Way stood out. You Are and Grenade.

One of his greatest achievements was participating in the Super Bowl halftime show in January 2014 along with the Red Hot Chili Peppers under 30 years old, which earned him recognition as the youngest artist of Puerto Rican descent to participate in the show. . In addition, she also participated in the show the following year with Coldplay and entered the list of artists with the most participations along with Justin Timberlake and Nelly (2), and only behind Gloria Estefan (3).

The October 8th The birth of the American actor and screenwriter is also remembered Matt Damon. Despite having managed to enter Harvard University, he decided to drop out and move to Los Angeles with the aim of succeeding in acting. There he met Ben Affleckwith whom he shares a great friendship ever since, and who was his roommate while they both sought to succeed in the business.

It was then that they both had the idea of ​​writing the script for a film that would star themselves, along with Robbie Williams: Good Will Hunting (1997), which earned Damon the nomination for best actor at the Oscar Awards, while both kept the award for best original screenplay. In addition, the film was a success at the box office considering that the production cost was just 10 million dollars: after several weeks in theaters, the film added 226 million dollars worldwide.

Meanwhile, the October 8th of 1898 appears in Buenos Aires the magazine Faces and masks, founded by José Sixto Álvarez, better known as Fray Mocho. Although the magazine was canceled several times, its time of greatest distribution and recognition was from its creation until 1939.

The magazine emerged as an imitation of the same one that was published in Uruguay, founded and directed by Eustaquio Pellicer, who years later settled in Argentina and shared with Fray Mocho the idea of ​​creating a version in the country. Likewise, in 2004 an exhibition was held with more than 150 historical illustrations of the magazine at the National Library, something that was repeated two years later at the Buenos Aires Book Fair.

Meanwhile, the October 8th also commemorates the Student Solidarity Day in Argentinacreated by order of the Ministry of Education of the Nation, which established the date in tribute to the students and the teacher of the ECOS school who died in a car accident on Route 11 in 2006 when they returned from carrying out a solidarity act in Chaco.

The October 8th ephemeris are remembered as the Rural Worker’s Day and the National Day of Natural and Cultural Heritage in Argentina. The first commemorates the sanction of the First Statute of the Field Worker in 1944 during the de facto government of Edelmiro Farrell, who had Juan Domingo Perón as Secretary of Labor.

The statute allowed workers to collect a basic wage in national currency, mandatory breaks and the illegality of retentions, among other aspects. Although it was repealed in 1974 by the de facto government calling itself the National Reorganization Process and sanctioned again, and in an updated manner, in 2011 with Law 26,727.

Solidarity Student Day was created in tribute to the students who died in a car accident in 2006.

For his part, the National Day of Natural and Cultural Heritage in Argentina it was established in 1990 with the sanction of Decree No. 2,033, whose objective was to obtain greater recognition from society. In addition, years later, the Mercosur Ministers of Culture created the Cultural Heritage Day of the member countries, which is celebrated every September 17.

“The natural heritage includes those natural monuments made up of formations that have an exceptional universal value from an aesthetic or scientific point of view, such as geological formations and areas that constitute the habitat of threatened animal and plant species, that is, those that are relevant to science, conservation or natural beauty”, explains the Ministry of Culture of the Nation.

Ephemeris October 8: what happened on a day like today?