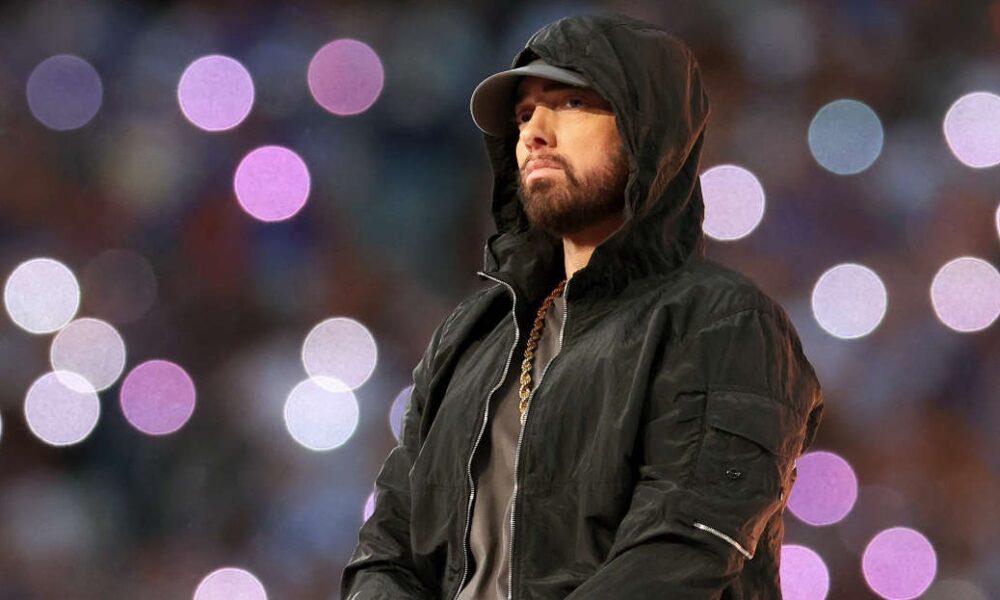 To those who think that Eminem is finished, outdated and has-been in 2023, these three fresh pieces of information will prove you wrong.

In the global rap game, who can sit at eminem’s table and tell him “I am stronger than you”? Simply nobody. In the circuit for almost thirty years now, the rapper from Detroit has known reach all generations of listeners from 7 to 77 years old. And even though he hasn’t released anything since the B side of his album Music To Be Murdered By in 2020 (if we exclude his last best of Curtain Call 2), he still remains in 2023 one of the most popular artists of all time. But who will stop Eminem’s madness? According to the latest news about him, the hype around the slim Shady is not ready to stop.

Since the advent of streaming, it is clear that numbers dominate rapological debates. If many veteran MCs have struggled to negotiate the turn, Eminem remains as still adored. Not content with having been inducted into the Rock & Roll Hall of Fame and having five clips that exceeded one billion views on Youtube last year, Marshall Mathers is also more broadly the most viewed rapper on the platform. Google in 2022.

Oh yeah, and as if that weren’t enough, he’s also one of the most streamed artists on Spotify with over 44.6 million monthly listeners last year. The height of the feat, he is also the only rapper in history to record eleven albums that have exceeded one billion streams on the Swedish platform. Add to that an unexpected buzz from his recently trending track “Mockingbird” on TikTok. Not bad for an embittered and supposedly outdated old rapper, huh?

He refused to perform at the FIFA World Cup

In 2022, Eminem also made history by performing alongside Dr. Dre, Snoop Dogg, 50 Cent, Kendrick Lamar and Mary J. Blige in the Super Bowl Finals halftime show. It was already huge, but the madness could have been even greater. Indeed, 50 Cent let the world know that Qatar had asked the Detroit rapper to perform at the closing ceremony of the last World Cup. A proposal that the interested party would have finally declined despite a pharaminous stamp of 8 million dollars. Fifty, however, did not specify the reasons for this disavowal, but it is a safe bet that Eminem simply refused to join the event for ethical reasons, the fault of all the extra-sporting controversies that he spawned.

An 8 Mile series in preparation

On a more positive note, that’s not the only info 50 Cent has dropped regarding his pal and “favorite white boy.” Very active in the media at the start of 2023, the author of the classic Get Rich Or Die Tryin’ let it be known that if a sequel to 8 Mile was definitely not planned, he intended to give a second wind to the film by Curtis Hanson. 20 years after the release of the original film, he has revealed that he is currently working closely with Eminem on a series adaptation of 8 Mile. Speaking to Big Boy TV, he said: “I’m going to adapt 8 Mile for television. We are launched and it will be huge. Together, we want to highlight his legacy in this series.” Ok Fifty, we can’t wait though, we just hope it’s not just empty words yet. Nobody forgot that you promised us a new album in 2022, huh?!