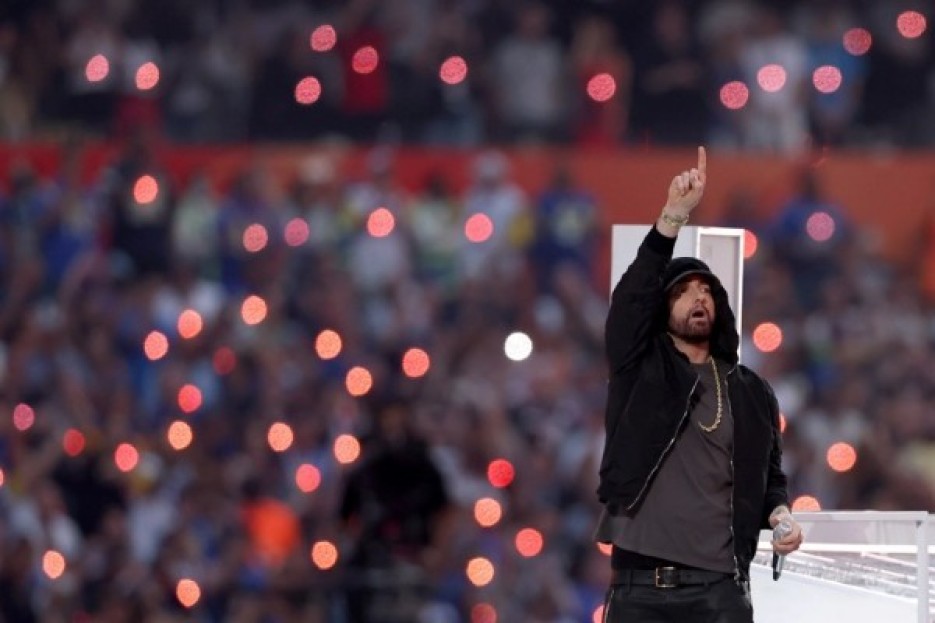 When thinking of Marshall Mathers, known professionally as Eminem, many are often reminded of his violent and irreverent rap lyrics, including talking about his wife’s murder or drug abuse. However, the critically acclaimed rapper has changed his tune for a new song where he professes to have faith in Jesus.

Khaled Mohammed, a professing Muslim popularly known as DJ Khaled, a successful DJ who has produced music for countless artists, released a new studio album titled God Did on August 26.

As of Wednesday, the album is No. 1 on the Itunes chart and features a remix of Kanye West’s gospel song release titled “Use This Gospel,” originally from his Jesus Is King album. The remix was produced by Dr. Dre and now features Eminem’s verse.

The chorus begins with a statement from West, who in recent years has professed to become a Christian.

Eminem begins his verse, which focuses heavily on Satan’s attacks and how God has been helping him. “Use This Gospel (Remix)” is one of the few songs on the album that does not feature explicit lyrics.

“I’m holding on, but I don’t know if I can hold on much longer/Today is the day I put all my trust and faith in You, Father/Please let this hate make me stronger before they turn me on like a zombie.” /It’s like I’m being strangled unconscious/When the temptation is almost like Satan compelling you to try to get away from your daughters/Hanging a bunch of painkillers all over you,” the Detroit-raised artist raps.

Later in the verse, he says, “So my Savior cries out for you to rescue me from these depths of despair/For these demons I had better step through for He is my shepherd/I am armed with Jesus, my weapon is prayer/As soon as I squeeze it, I’m blessed as sneezes / Call me Yeezus, I’m fucked in the head, maybe I’m crazy / Regardless, I never pretended to be flawless / As long as the mistakes I’ve recognized. “

Over the years, Eminem has openly discussed battling mental health issues. In times past, the dark image of him was the exact opposite of glorifying God. But in recent years, he seems to have turned to the Bible.

Eminem concluded the verse by saying, “Bible by my side like a rifle with a God-given gift/Every day I thank God/That’s why I pay so much homage/Praise Jesus, I always will.”

According to Rapzilla, the artist who dubbed himself the “God of Rap” a few years ago would pray before his shows in the early 2000s and “then rap some of the most unholy hip-hop of all time.” ”

DJ Khaled is very grateful for the gospel song on his new album.

“@drdre @kanyewest @eminem this GIFT is AMAZING!! THANK YOU!! Thank you for letting me put this in my album to bless the world,” she wrote on Twitter on Friday. “@drdre you are my idol! @kanyewest you are my BROTHER! @eminem this is a dream come true.”

Although Christians may find it interesting to hear one of the most secular artists of the 2000s speak so openly about Jesus in 2022, the 49-year-old is still on his way.

Over the weekend, Eminem appeared at the MTV Video Music Awards and took the stage with rapper Snoop Dog for a groundbreaking performance within the metaverse, where they both glorified marijuana. However, the multi-platinum artist said that he was sober.

Eminem Raps About God, Calls Jesus His Savior On US No. 1 Album