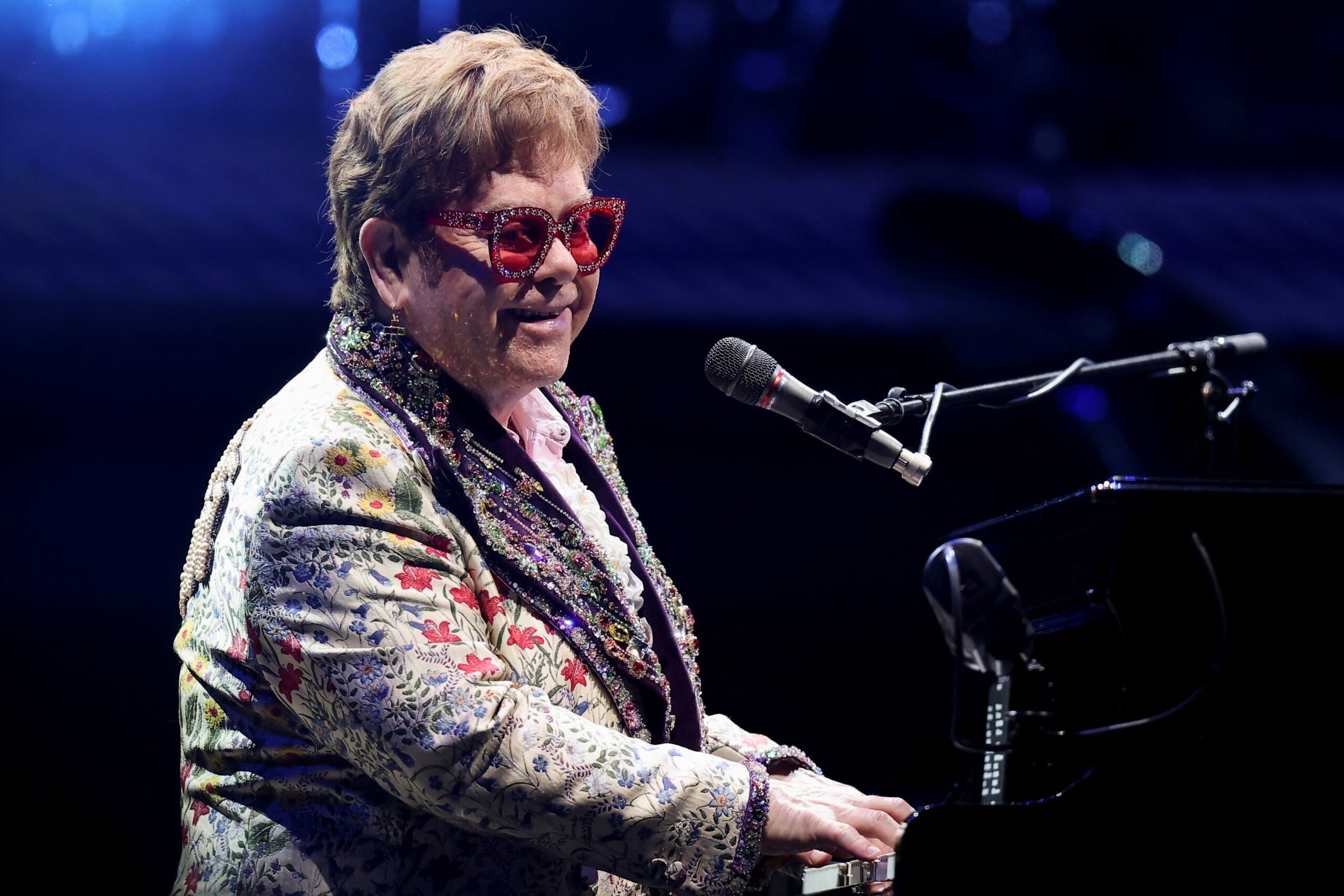 Tweet
Share
Share
Pin
In addition to his extravagant look, Elton John broke into rock with another rarity: the piano. That would give rise to one of his most famous phrases: “I always wanted to smash a guitar on the floor. You can’t do that with a piano” (REUTERS/Jonathan Bachman)

He grew up in a musical but, above all, feminine home, raised by his mother and grandmother. His father played the trumpet in a military band and there was a piano in his house that he learned to play before he was four years old. At seven he began taking formal lessons; at school he was known for his perfect impressions of Jerry Lee Lewis, although the records his mother played him until then were by Elvis Presley and Bill Haley. Before he was eleven, he was already composing and dressing with the eccentricity of the rock star he had no doubt he would one day become: “I never imagined another future for myself,” he would say later.

was still called Reginald “Reggie” Kenneth Dwight; it would only be Elton John after forming the group Bluesology, at 15, together with Long John Baldry on vocals and guitar and Elton Dean on sax: he would later take his stage name from them. By then his parents were already separated and his mother had already remarried the painter Fred Farebrothera man much more present in Elton’s life than his own father, to the point that it was he who helped get him hired to play in a bar near his neighborhood. 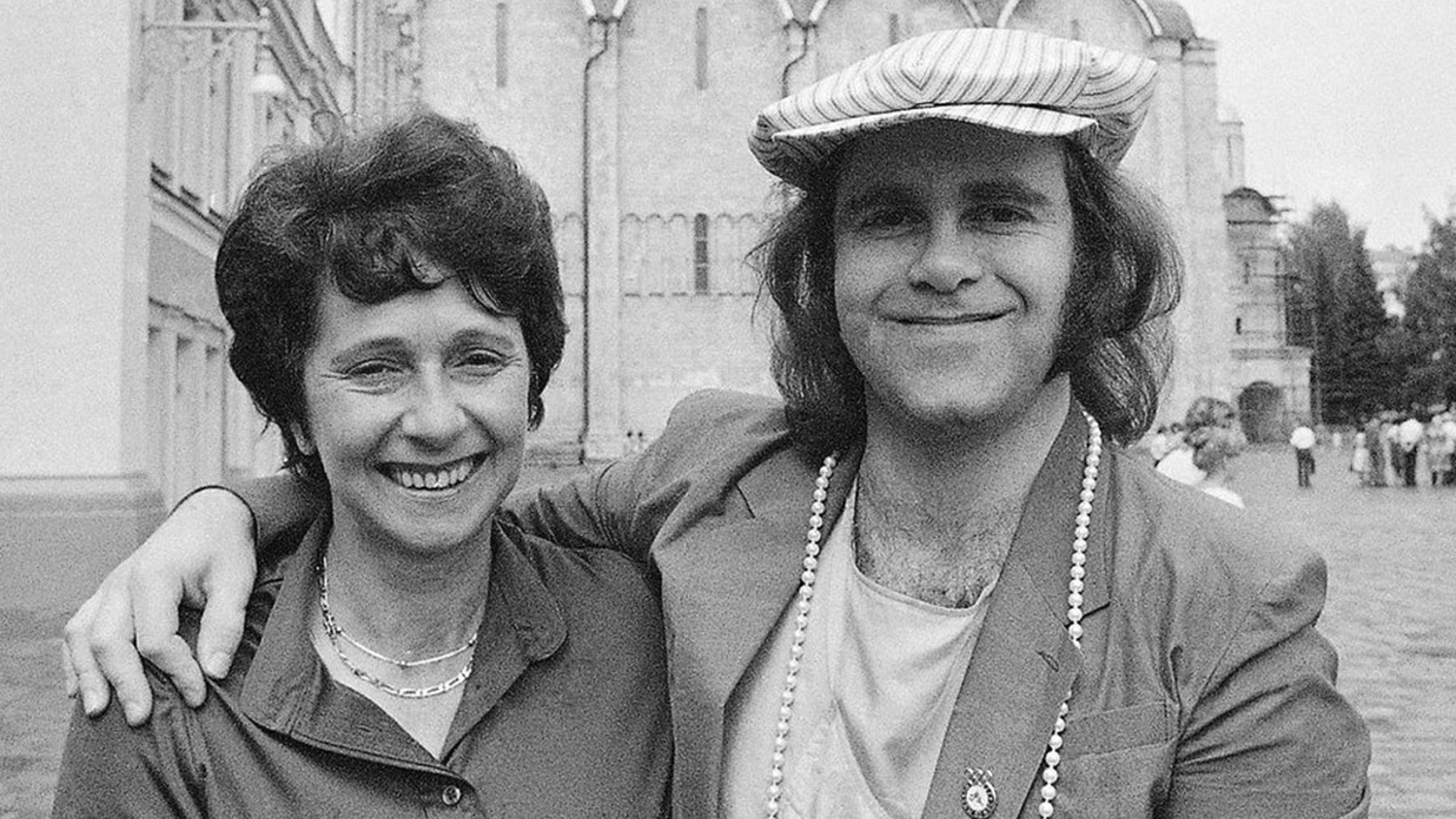 By the mid-1960s Bluesology was already playing loud in London pubs supporting soul and R&B artists like Patti Labelle. In 1967, at the age of 20, he answered an advertisement for New Musical Express magazine. Behind it was the Liberty record company, it was about composing, something he had done non-stop almost since before reading and writing. He signed the sender for the first time as Elton Hercules John in tribute to his Bluesology bandmates.

But the contest would not only baptize him with a new name –official as of 1972–, but would also introduce him to another talent who had been recruited by Musical Express and Liberty Records and who would become from that moment on the most fruitful artistic collaboration throughout his life: poet composer Bernie Taupin. The formula was clear from the beginning. Bernie was a typewriter of lyrics, and Elton could put them to music and arrange them in hours. 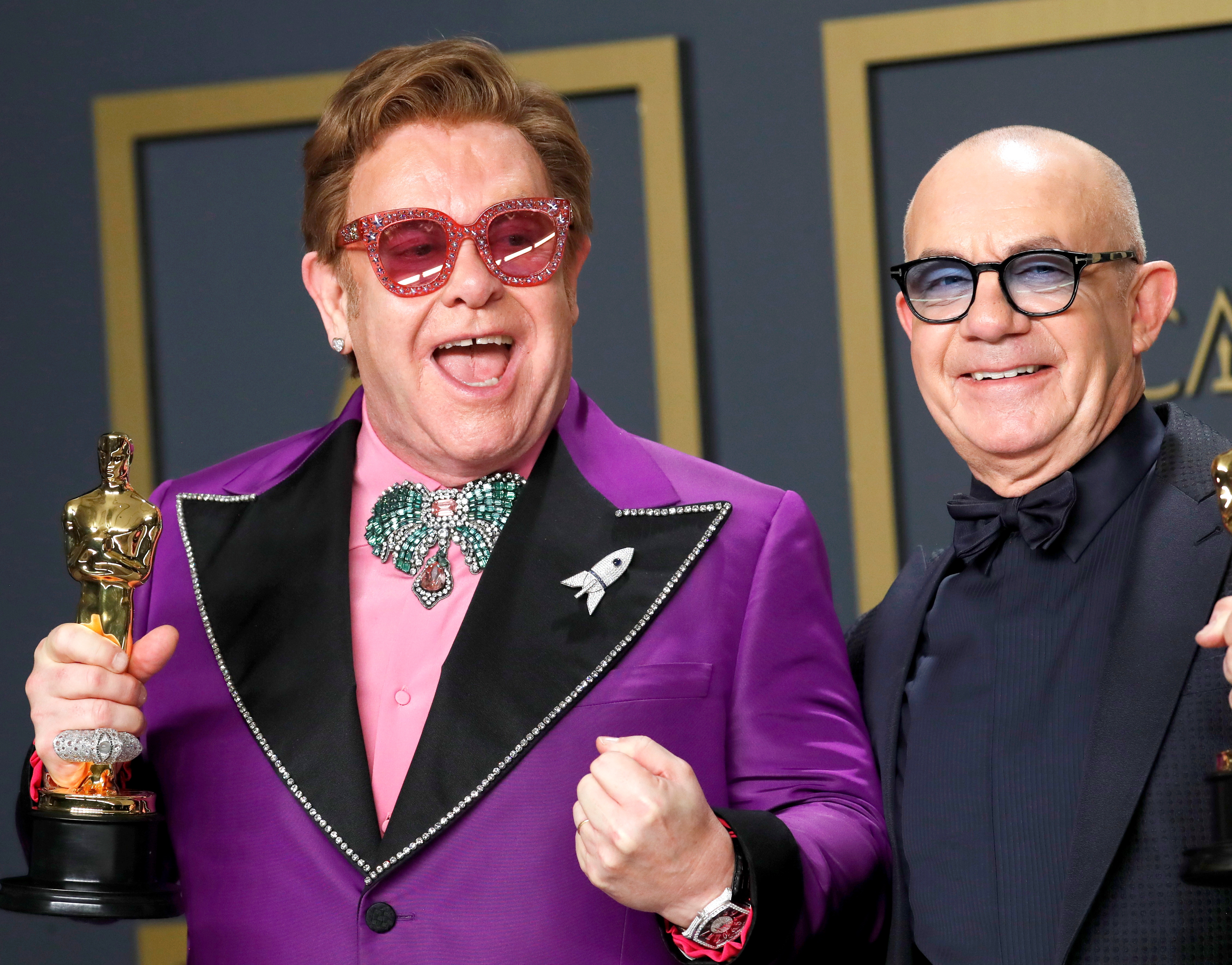 Elton John and Bernie Taupin with the Oscar for Best Song for (I’m Gonna) Love Me Again by Rocketman in February 2020. (REUTERS / Lucas Jackson)

The first song they wrote together was scarecrowin 1957. The unforgettable Your Song (his first hit in the UK and the US), Rocketman, Tiny Dancer, Daniel, Crocodile Rock, Candle in the Wind, Don’t let the sun go down on me, Sorry seems to be the hardest word, Empty Garden, I’m still standing, I guess that’s why they call it the blues , Sad Songs, A word in Spanish, I don’t wanna go on with you like that, Sacrifice, Club at the end of the street, The One, The Last Song, Believe…

With Sir John – knighted by Queen Elizabeth in 1998 for his contributions to music and philanthropy; he also received the Legion of Honor from Emmanuel Macronin 2019– it is impossible to choose only one title: most of his production has the unique character of those who manage to impose themselves as a soundtrack of the lives of several generations. And that’s what happened to his music, especially since the ’70s.

In six decades of career, more than 50 of his songs reached the charts around the world, he has sold more than 300 million albums and more than 150 million singles. She has also received five Grammys, five Brit Awards, two Oscars and two Golden Globes (for the theme of The Lion King –Can you feel the love tonight– and for that of Rocketman –love me again–) and a Tony Award. Everything seems little for an artist to whom the rolling stone ranked in 2004 at number 49 on his list of the 100 best in history.

His rise to stardom, which happened at the speed with which he was composing with Bernie, as if he were indeed that rocket man that gives the title to the musical biopic of Lee Hall (2019), had a lot to do with the extravagant look with which he was practically born and also with another rarity in rock that he brought from the beginning: the piano. Rock and pop had always been guitar territory when Elton burst in sitting on his Yamaha. That would give rise to one of his most famous phrases: “I always wanted to smash a guitar on the floor. You can’t do that with a piano.”

But with all its extravagance and the free and loving upbringing it received from its mother and stepfather, all that took place in another time. In the late 1960s, he was about to marry Linda Woodrow, a girlfriend who doubled as his and Taupin’s assistant, also helping them pay the bills before the duo had their first big hits.

Elton tells the story in Someone Saved My Life Tonight: “You almost got me, didn’t you, my dear? / You almost had me tied up, hypnotized / Sweet freedom whispered in my ear: / You are a butterfly / And butterflies are free to fly”. In reality, the ones who whispered to him were his friends and colleagues Taupin and Long John Baldry: “How are you going to marry a woman?” She broke off the engagement two weeks before the wedding. But it wouldn’t be the first time.

At the beginning of the 70s, the one who in the biographical film of the singer appears as the great villain entered his life: who would be his manager and then that of Queen, John Reid. She quickly became her lover and Elton says it was her first gay relationship.

But soon there was also a frustrated marriage with the german sound engineer Renata Bluein 1984. They got married in 1984. John said about her that she was “the most classy woman” that he met, but just weren’t meant to be together: “We were living a lie.” She confessed that attempted suicide on honeymoon in St. Tropez when he told her he was sorry and wanted to separate. The divorce was finalized four years later.


Already then, the pressure of stardom and access to a life of wealth, drugs and luxuries unthinkable in his childhood in Pinner confronted him, like many of his friends from swinging London, with problematic cocaine use. In 1975 he overdosed. He would later tell that he also suffered from eating disorders. In fact, that was one of the points in common with one of her most beloved friends, Lady Diana Spencerfor whom he adapted A candle in the wind as a hymn and tribute during his funeral, in 1997. “We were both bulimics”he told a report to Larry King in 2002.

He always boasted that he had recovered from his drug and alcohol addiction on his own. And he always considered himself lucky not to have contracted HIV in the 1980s “after so much unprotected sex.” Partly because of that, and also because of the enormous affection he felt for Ryan White and Freddie Mercury, was that in 1992, shortly after the deaths of his friends, he decided to create a foundation with his name to prevent AIDS, assist the sick and combat prejudice around the virus. The party at the Oscars that she has offered since 1993 to raise funds for this purpose is to date one of the most popular and has hundreds of millions in donations, as has her White Tie and Tiara Ball, in Berkshire.

Candle in the wind – Elton John

He had already declared himself bisexual in an interview with the rolling stone in 1976, but in 1992 he was finally able to tell the same magazine that he felt “pretty comfortable being gay.” Thirty years later he likes to call himself “the most famous homosexual in the world”, and he has made merits and knocked down many barriers along the way to earn the title.

In 1993, John went public with his relationship with Canadian publicist and filmmaker David Furnish. On December 21, 2005, the same day that the Civil Union for people of the same sex came into force in England, John and Furnish became one of the first gay couples to commit under the law.. And exactly nine years later, in December 2014, when the UK legalized same-sex marriage, they got married too, in Windsor.

Musician Elton John with his husband David Furnish, after being made a member of the Order of Companions of Honor for services to music and charity during an investiture ceremony at Windsor Castle, Britain, on 10 November 2021 (REUTERS)

With them were their two sons: Zachary Jackson Levon Furnish-John, born in December 2010 by surrogacy; Y Elijah Joseph Daniel Furnish-Johnborn in January 2013 by the same surrogate and then just a baby.

“There is a world of difference between calling someone your partner or calling him your husband,” she said on their wedding day. Couple is a word that should be saved for the people you play tennis with, or do business with. It doesn’t even come close to describing the love I have for David or the love he has for me. Husband, on the other hand, he does.”

Eight years later and at 75, the rocketman follows his trajectory to infinity, to prove over and over again that he was never “the man they thought of at home”. Without going any further –or rather, doing so–, just a few months ago his collaboration with Ed Sheeran with the theme merry christmas –in whose clip both musicians recreate a scene from the film Love Actually– raised millions in his crusade against AIDS. The song, fifty years after her first hit, was her third number one of the year. I said, rocket man never stops or gets tired.

Titanic secrets: Kate Winslet’s nude, DiCaprio’s nerves and those poisoned on set
A man in pajamas, a horse’s head and bloody sheets: how the mythical scene of “The Godfather” was filmed

Elton John’s 75: He recovered alone from drugs, his frustrated wedding with a woman and the day he found love