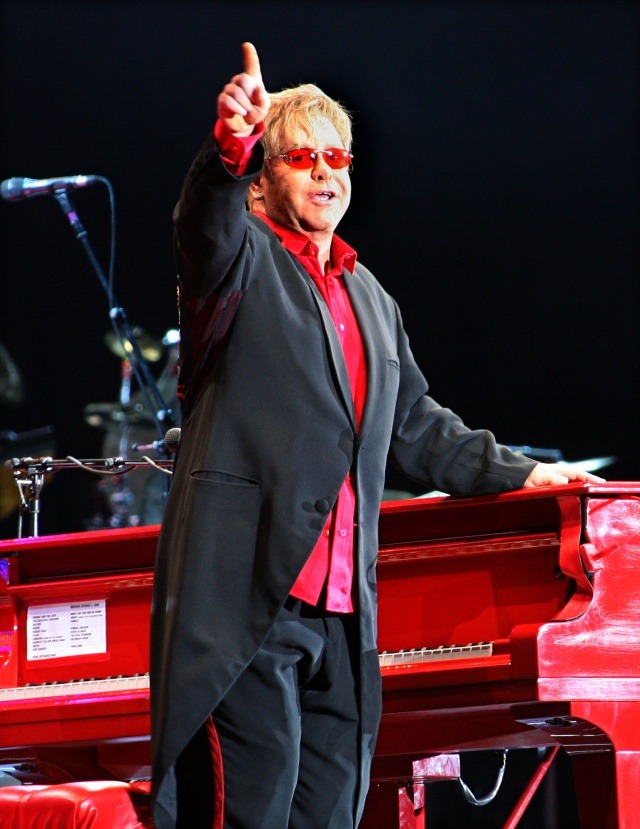 “Heartbroken” by the “nightmare” experienced by the population of Ukraine, Elton John he has sworn never to perform in Russia again. “Little bastard. I hate him”, were the words that the pop legend dedicated to Vladimir Putin. The situation was very different when, more than four decades ago, he became the biggest Western rock star to visit the Soviet Union. On May 20, 1979, Sir Elton landed in Moscow. and starred in an event of special cultural and political importance. According to the British Ambassador in Moscow, the Briton’s eight concerts represented “the greatest advance in relations between East and West since Khrushchev visited Hollywood in 1959”.

Leonid Brezhnev was the top leader of the Soviet Union when Elton John made history and became one of the first Western rock stars to perform in the USSR. Amid the tensions of the Cold War, it was a demonstration of tolerance towards Western culture by the communist authorities. And, obviously, an act of propaganda ahead of the 1980 Moscow Olympics. Later, in his official biography, the artist acknowledged that: “… my visit was a waste of time. Six months later, they invaded Afghanistan”.

Elton John performs at Moscow’s Olympiysky stadium in 2009, years after his huge success in Russia. / Sergei SHAKHIDJANIAN/AFP via Getty Images

John insists that he was the first to travel behind the Iron Curtain because he was the first to request it: “They wanted me to Paul McCartney, Eric Clapton, Neil Diamond, Nana Mouskouri and Pink Floyd go to Russia,” he said. Associated Press. “The truth is that they told us that the only reason why more people didn’t play there was because they simply hadn’t asked for permission.”

But it is not true. He was not the first Western artist to visit Soviet lands. They had done it before cliff richard (in 1976) and Boney M. (in December 1978). Sir Cliff claims that he is “the first internationally known ‘pop star’ to sing in Russia,” he told Express. She did two concerts: in Moscow and in Leningrad (now Saint Petersburg). For their part, the Rasputin performers did 10 concerts in Moscow and received permission to shoot their video clips in Red Square.

Possibly, as the magazine claims BillboardJohn was “the first established rock artist to appear in the USSR”.

“I wanted to see different people from all over the world”

“We decided to play places we hadn’t been before,” the singer revealed to United Press International. “Usually rock people go to places where they can make money, but I was tired of doing that. I wanted to see different people from all over the world.” With that goal in mind, Elton John performed eight concerts that were part of ‘A Single Man Tour‘ (title of their twelfth studio album from 1978): four at the Great October Hall in Leningrad (between May 21 and 24), followed by four more (between May 25 and 28) at the exclusive Hotel Rossya from Moscow. At each show, John would appear alone onstage with a Steinway grand piano, followed by a second set with Ray Cooper backing him up on different percussion instruments. In total, two hours.

Ticket demand for all eight concerts was high. They cost 8 rubles, the average daily wage in the Soviet Union, but their records did not sell

John arrived in Moscow on May 20, 1979. He was accompanied by an entourage that included his parents and his manager John Reid. The group was transferred to the railway station and traveled overnight to Leningrad. The equipment was transported by truck from Europe.

“How is it possible that my records are not sold here?”

Ticket demand for all eight concerts was high. They cost 8 rubles, the average daily wage in the Soviet Union. Around 90% of the seats went to ‘senior’ Party members, diplomats and military officers. The rest changed hands on the black market for more than 25 times the official price. John ended up getting angry at journalists asking what he considered stupid questions and was shocked to learn that only a few people had heard his music. “Is incredible!” How is it possible that my records are not sold here? asked the artist, supposedly oblivious to the fact that Western pop at the time was only available on the black market and at very high prices.

Elton John’s Russian adventure was not without setbacks. It was an unusually hot summer and his accommodation was not prepared for the high temperatures. “In those days, even the word ‘air conditioning’ was hardly known in the USSR,” explained Denis Azarenkov, a member of the artist’s Fan Club who attended one of those concerts. The food was not to his liking either: “The food was indescribable, 157 varieties of beet and potato soup. If this was what they served in the best hotels, what the hell did normal people eat?” John wrote in his autobiography.

“Thousands of people chanting my name”

Contrary to the hot weather, the public response was colder than expected. When on May 21, 1979, Elton John walked onto the stage of the 4,000-seat Great October Hall, he thought it would take him some time to win over the audience. And at the beginning of his performance, things didn’t go well. The reception was cold and very different from what he was used to. The audience sat motionless. They only respectfully applauded between one song and another.

However, there were some brave and excited fans – some of whom had paid more than $150 for a ticket – who ran up to the stage. “They would throw flowers and ask for autographs between one song and another.” He sang Your song, Bennie and the Jets”… or his version of the Beatles that had been banned: ”They told me not to sing ‘Back in the USSR’, but of course I sang it. If the KGB had been eavesdropping, I hadn’t eavesdropped on myself long enough to know that one of the quickest ways to get me to do something is to tell me not to do it,” Elton John recounts in ‘Me’.

Already at the end of the journey, “after the show in Moscow, there were thousands of people chanting my name, many more than those who had been watching me. From the locker room window, I would throw flowers at them, which they returned to me. My mother told me, ‘You’d better throw a tomato at them’ in memory of our feast.”

Following the concerts, A Single Man became Elton John’s first officially released album in the Soviet Union. With a slight change: it was called Elton John sings in Russian. The tour was the subject of a documentary: To Russia with Elton.

“Little bastard. I hate him”

The last time Elton John was in Russia was in December 2013, with Vladimir Putin in power. His trip to Moscow made a big splash when he criticized the government for encouraging “ruthless homophobia.” The singer published a forceful letter in which he showed that the homosexual propaganda laws in Russia were deeply dangerous for the LGBT community. And he remembered what Russian fans had told him about him, threatened, insulted and attacked for being gay.

Elton John is today one of the many artists who have sworn that they will never perform again in Russia or “for anyone associated with the regime” (referring to his lucrative private shows for Russian oligarchs). At his February 2022 concert in New Jersey, he stated that he was heartbroken by the terror that the Ukrainian people were experiencing. And he added, in a clear message to Putin: “Some people are awful, absolutely terrifying. There is no justification for this. You little bastard. I hate you.”

Elton John: The first great western star in the Soviet Union, today swears that he will never return to Russia