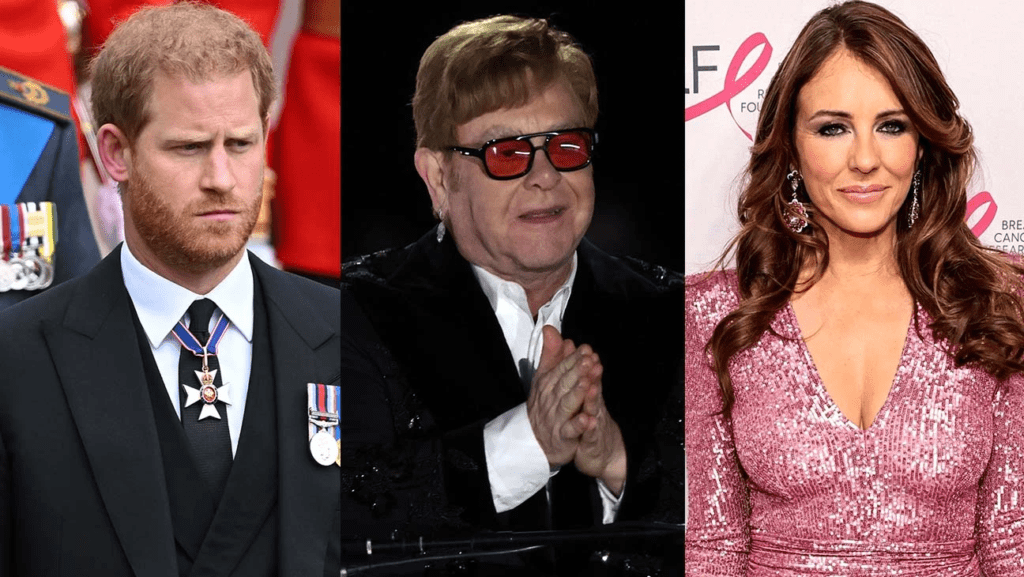 Elton John and several celebrities claim that The Daily Mail newspaper violated their privacy in a “grotesque way”.

TheDailyMail It is one of the largest newspapers in Britain. Known for revealing the most secret details of big celebrities, the portal has faced defamation lawsuits several times, particularly from The royal family of Great Britain, who are usually the center of attention among the English entertainment media.

However, it was revealed today that Elton John, her husband David Furnish, Prince Harry, Sadie Frost and Elizabeth Hurley they are making a joint lawsuit against the portal for allegedly violating your privacy in a highly invasive way, committing criminal acts such as espionage, bribing police officers and illegally accessing their bank accounts for information about their lives.

What are they accusing the Daily Mail of?

law firms Gunnercooke and Hamlins they are representing Prince Harry and Elton John, respectively. The lawsuit will be made against the group “Associated Newspapers”, the conglomerate that owns The Daily Mail with the allegation that “They have come together to cover up the truth and to make the journalists the only ones responsible, who still have positions of authority and power within the company.”

Celebrities are suing the media conglomerate for the following criminal activities:

Hamlins’ firm also ensured that “Apparently this is just the tip of the iceberg and many innocent people are still unaware that they have been victims of similar acts.”

Meghan Markle and the Duke of Sussex they had already sued the newspaper for defamation and won the case in early February over a publication they made about their tensions with the Ministerial Department of the British Colony. And they also lost a case for posting about their father’s messages.

The conglomerate released a statement denying the accusations, assuring that they are baseless allegations: “We absolutely and unambiguously reject these accusations, which appear to be nothing more than a pre-fabricated plan to drag the Mail newspapers into a phone hacking scandal that revealed articles from over 30 years ago.”

Nevertheless, Jonathan Good, lawyer who has been involved in legal battles against the conglomerate, assured that the accusations of Elton John and company go much further than “a phone hack” and could even be a violation of the European human rights convention.

“They are extremely intrusive. And it is a horrendous invasion of privacy if these things occurred, and it would be absolutely right for Associated Newspapers and its leading figures to take responsibility if these events occurred.”

Elton John and Prince Harry are teaming up for an intense lawsuit!