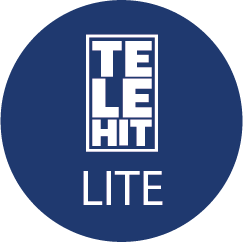 Dua Lipa, Bad Bunny and more singers who have had legal problems for their songs

In the world of music there is a fine line between what is considered inspiration, similarity and plagiarismso artists like Ed Sheeran along with other singers have not been able to save themselves from accusations that have even gone to court to determine if it was really the case.

Some of the most talked about lately include to Ed Sheeran, who recently won the “Shape of You” lawsuit.” After several court sessions in the United Kingdom, a judge decided that the Briton did not “deliberately or unconsciously” copy a fragment of “Oh Why”, by Sami Choki, a song released in 2015.

The lawsuit began in 2018 and since then, the Briton has been accused of “borrowing” and ideas from Choki’s song, something that after 11 days of trial, it was concluded that Sheeran is innocent.

Before a judge in Los Angeles, the interpreter assured that these phrases are in common use and that she took them from various films and other artistic expressions, since she had never heard the song “Playas gon’ play”.

Who has not been left out of signs of alleged plagiarism is Dua Lipa with “Levitating”, song that has faced more than one accusation. The song that got Dua in trouble is “Don Diablo” by Miguel Bosé, which, along with the authors of “Wiggle and Giggle All Night” performed by Corey Day in 1979, is accused of copyright infringement; that is why the composers L. Russell Brown and Sandy Linzer took their accusations to court; At the time, Bosé was also sued by the creators and they were recognized as co-authors of his success.

“The infringing works have compositional elements substantially similar to those of the Brown and Linzers songs,” notes Rolling Stone.

Bad Bunny, one of the most listened to artists in the world for “Safaera” and many other songs, is also included in the list of plagiarism artists precisely thanks to that song since in 2020, he premiered this song that gained great popularity and became quite a TikTok trend. Now, it seems that he may have made a serious mistake in producing it and was sued by the AOM Music company.

According to what was published by the newspaper El Nuevo, from Puerto Rico, it is claimed that Bad Bunny would have violated the copyright of three works produced by DJ Playero: “Besa Tu Cuerpo”, “Chocha Con Bicho” and “Sigan Bailando”. The claim specifies that the reggaeton player did not accredit the corresponding license and that he uses fragments of the songs for his hit called “Safaera”.

In the evidence that the defendants would have presented, they presented a comparison of the verses and choruses used in the songs of DJ Playero and “Safaera”. It establishes that the same phrases from “Besa Tu Cuerpo” and the other two songs appear in the Puerto Rican success, only changing or omitting a word.

Katy Perry and her song “Dark Horse” have been surrounded by controversy for a while, as it was declared plagiarism and according to Billboard, the interpreter, her collaborators and record label paid $2.78 million to the christian rapper Marcus Graywho accused perry to use the base of his song, “Joyful Noise”.

The juries determined that “Dark Horses” used 45% of the rhythmic and instrumental base of the rapper’s theme, which is why Marcus Gray, formerly known as Flame, asked for a fair share of the royalties. Even though the team of Katy Perry assured that they had not heard the song before, the authorities found the singer guilty after five years of trials and lawyers.

Ed Sheeran and other artists who have been accused of plagiarism