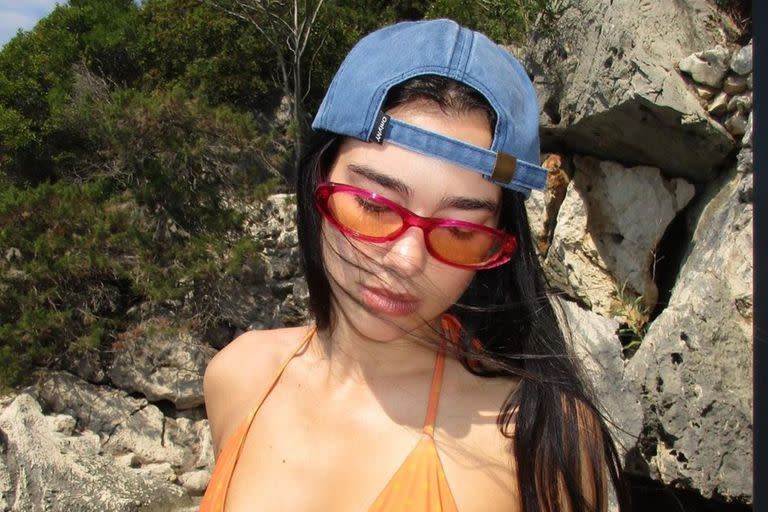 One of the most influential women today is Dua Lipa: her songs, her style, her dances and personality led her to become one of the most beloved international references for young audiences. In the last weeks, the British went viral for some fragments of the concerts provided in the United States and Europe.

From Nicole Kidman to Dua Lipa, the stars revolutionized the Balenciaga catwalk in Paris

Despite the long and exhausting tour “Future Nostalgia Tour” which will continue in South America the next month, the British decided to take some mini-vacations and surprised everyone with the photos he shared on his social networks.

“It has been a dizzying journey, 74 shows on the #FutureNostalgiaTour”, he wrote this Thursday on Instagram, adding: “Taking a little break before going to South America in September“. This Saturday she shared two carousels of images from her eccentric vacation with her friends.

Dua Lipa, Hailey Bieber, Amy Schumer and other celebrities reacted to the Court’s ruling on abortion

In the first compilation of photographs you see Dua Lipa posing with four friends, each with a different colored bikini. “tanned”, said the 26-year-old girl in the caption, who showed herself with a smile and a look orange bikini, hat and red glasses.

In the second carousel, which she titled “calm”, the interpreter of “One Kiss” posed with other outfits summery, but elegant, faithful to its style. In one of them, she was shown with a checkered dress with the sea in the background and stole the sigh of more than one follower. But the exotic thing about her vacation was the two menus that she shared on social networks: a fountain full of prawns and a fig split in two

Dua Lipa will perform in the country on Tuesday 13 and Wednesday 14 September at the Campo Argentino de Polo and thanks to this new location, new tickets could be sold for fans who could not get them in the first instance.

They threw fireworks at a Dua Lipa show and three spectators were injured: the artist’s release

There were moments of tension and uncertainty in the show he gave Dua Lipa last Wednesday, July 27 at the Scotiabank Arena in Toronto, Canada. In full concert, and without any authorization, they started throwing fireworks from the public and, as a consequence, three spectators were injured.

It is still unknown who threw the pyrotechnics, but there is an ongoing police investigationas reported by the singer herself through an Instagram story.

Images of the chilling scene went viral on social media. At first, when the first fireworks began to explode, the public interpreted that they were part of the British artist’s show, but after a few moments, panic invaded the Scotiabank Arena. Even Dua Lipa herself could not hide his surprise and concern at the unexpected sight.

Through his Instagram account, the 26-year-old singer posted a meaningless discharge and told how the events were. “Last night, unauthorized fireworks exploded in the audience during my performance in Toronto”, he explained and remarked: “Creating a safe and inclusive space in my shows is always my first priority, and my team and I are as shocked and confused by the developments as all of you”.