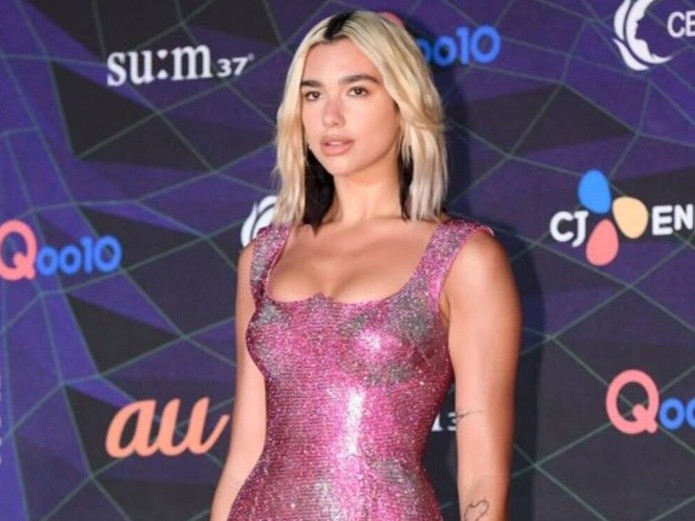 In Los Angeles, California is the Los Angeles Historical Museum. grammysis interactive and educational, it is directed to the history of music personalities who have ever won a Grammy award, recently Dua Lipa, has announced great news about it.

well the successful british singer has been very committed to using the great influence and reach that her voice has to help, speak about important social issues, creating organizations such as Service 95accepting the title of ambassador and now being part of this campaign.

In the social networks of model 27 years old, issued a message informing that he will be part of the Campaign for Music Education, filling the more than 80 million followers with pride, because they have as an idol a person who truly cares about making a change .

Dua Lipa was expressing his feelings through the description of the publication, where he made this event known, attaching the official account of the Grammy Museum and the co-presidents who are also involved in this noble cause that seeks to help music students .

It may also interest you: Georgina Rodríguez shares a photo of her time as a dancer

“I am proud to be a part of the @grammymuseum Campaign for Music Education in its work to democratize and expand its educational and community programs.

Funds raised will provide free admission to the GRAMMY Museum in downtown Los Angeles for all students and increased access to its music education programs in the US.

Absolutely thrilled and honored to do this job with my co-chairs @billieeilish @brunomars @rosalia .vt and @shawnmendes”

This place opened in December 2008, thirteen years in service, and as we can see big-name artists like Bruno Mars, Billie Eilish, Rosalía and Shawn Mendes are part of this organization to try to support students who want to get involved. in the music industry.

In the image you shared Dua Lipa You can see a quote he made around this noble cause, which says:

“Access to music education has the power to not only shape the next generation of musicians, but also provides a creative outlet that is crucial to a child’s development. It gives students the opportunity to excel creatively as well as in their academic achievement beyond music.

I am forever grateful to the music educators who touched me in my life, they were the foundation for creating this incredible journey I am on, I am proud to be co-chair of the Campaign for Music Education…”


Studying a degree in Secondary Education in the Spanish Area, venturing into the world of writing by entering Show News last March of this year, working on the writing of media notes for the shows with the aim of entertaining, At the same time as informing readers who follow the page. He is a lover of music and cinema, so writing about it is entertaining. Aiming to graduate to acquire a major in literature