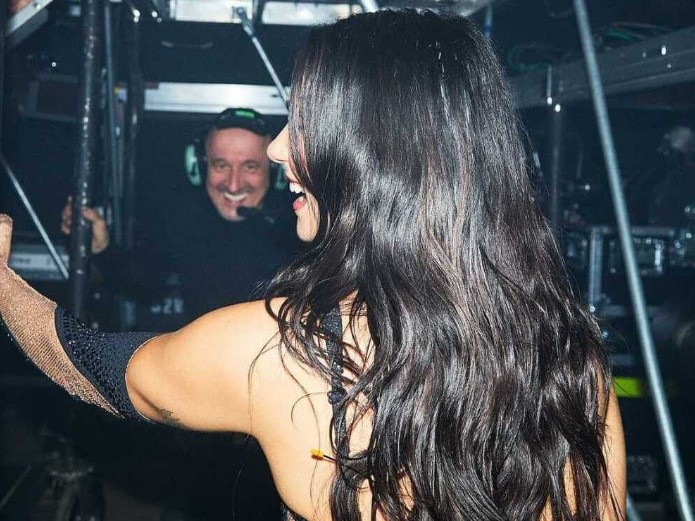 The beautiful singer Dua Lipa, is of British origin, however her first language is Albanian, since she has descendants from Albania, so they are two languages ​​that she speaks perfectly, now, she would amaze her followers after she shared in Instagram stories a video where he perfectly speaks another language… Spanish.

With a fun filter that makes the sides of the head look like “horns”, next to her little sister, who recently turned 21 years old, the singer made a sweet post congratulating her, letting her know how important it is for she. Well, in her company, they were in a restaurant, sitting next to each other.

“So we made a pact, (begins Spanish) lots of glasses of wine… lots of yoga… and lots of conversation in Spanish.”

After finishing, she gives a nice smile to the camera, and then makes a “cheers” illusion with the cup that she and her sister hold, that’s when the little video ends.

It may also interest you, Anitta in a small beach dress loved posing on the sand

Well, despite the fact that Spanish was very little, its pronunciation was quite good, since for some English speakers what is most complicated is the pronunciation because it is very different from English, due to the question of accents, accents, While these things do not exist in her original language, some fans speculate that perhaps her little knowledge of Spanish is due to her Yoga instructor, who is of Venezuelan origin, in fact, the singer takes her with her on her different trips. to be able to continue with the discipline.

BY CLICKING HERE can you see Dua Lipa practicing his Spanish.

The comments are full of her followers who assure that it sounds really nice to hear her try to speak in another language, while some others were so fascinated that they would like that at some point in her career she would be encouraged to release a song entirely in Spanish.

Now, the interpreter of “Don’t Start Now“He has already collaborated with Spanish-speaking artists such as reggaeton bad bunnylike the Colombian J Balvin for the single titled “One day” which would be released last year, however the 26-year-old British sings only in Spanish.


Studying a degree in Secondary Education in the Spanish Area at the age of 21, venturing into the world of writing by entering Show News last March of this year, working on the writing of media notes for the shows with the purpose to entertain, at the same time as to inform the readers who follow the page. He is a lover of music and cinema, so writing about it is entertaining. Aiming to graduate to acquire a major in literature

Dua Lipa is caught speaking in Spanish, she makes it perfect