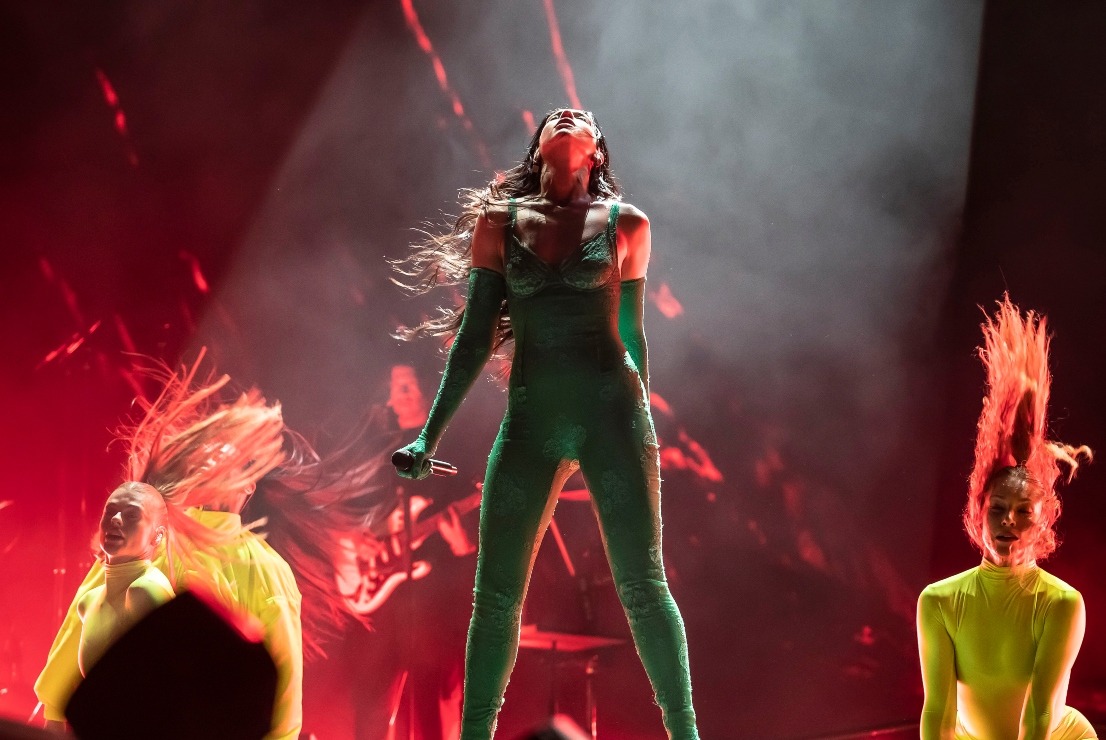 Singer, Dua Lipa, considered one of the most famous female artists globally, is successful not only in the entertainment industry, but also on social networks, where she shares with her millions of followers photographs that show her bright complexion, her slim figure and her varied taste in fashion. The British actress, who is currently on her ‘Future Nostalgiaha’ tour, has mentioned on different occasions what routines she performs to look amazing and feel good.

A bit of what Dua Lipa has mentioned

The stress that exhausting tours cause in celebrities, as well as their presentations, red carpets and other events is often reflected on their exterior, and the interpreter of ‘Levitating’ knows this well, who has mentioned in interviews that her The best allies for your face to look perfect are sunscreen products and removing your make-up thoroughly before going to sleep.

As can be seen in her various Instagram posts, the composer also spends a large part of her vacations in warm and sunny places, and it is very common to see her share photos of herself in a bikini. According to “Marie Claire”, what Dua does in her day to day to maintain the figure she wants is a light workout, with which she does not have to wake up a few hours before a commitment.

“I love to do something that’s really quick, like a 15-minute HIIT session that I can do before I start my day,” the singer mentioned.

When Dua has more free time, she doesn’t close herself off to new exercises and allows herself to be surprised. “I love mixing a lot of different workouts, finding different workouts in whatever city I’m in, whether it’s yoga, pilates, boxing, or spinning. Whatever it is, I try to change it up every day to keep things interesting,” Dua added.

In the podcast “At Your Service”, the native of the United Kingdom shared at the beginning of the year a little about the diet that she eats and that has worked for her to feel good. Apart from drinking plenty of water, what the actress consumes the most are vegetables, fruits, fish, vitamins and Omega 3, but to take better care of her metabolism she does intermittent fasting under the supervision of a certified doctor.

“I don’t eat anything solid since 6pm. When I eat late, my body is not able to work well and it takes me longer to process the food,” Dua Lipa said.

Definitely, Dua Lipa He is a celebrity who has managed to consolidate his success and win the affection of the public. Since her release in 2017 with her debut album, Dua has stood out not only for her beauty and her amazing style, but also for her talent as a singer and songwriter. In 2017 alone, the single “New Rules”, a symbol of female empowerment for many women, placed her as one of the most listened to singers on Spotify, according to “FORBES”.

Dua Lipa and her incredible figure over the years