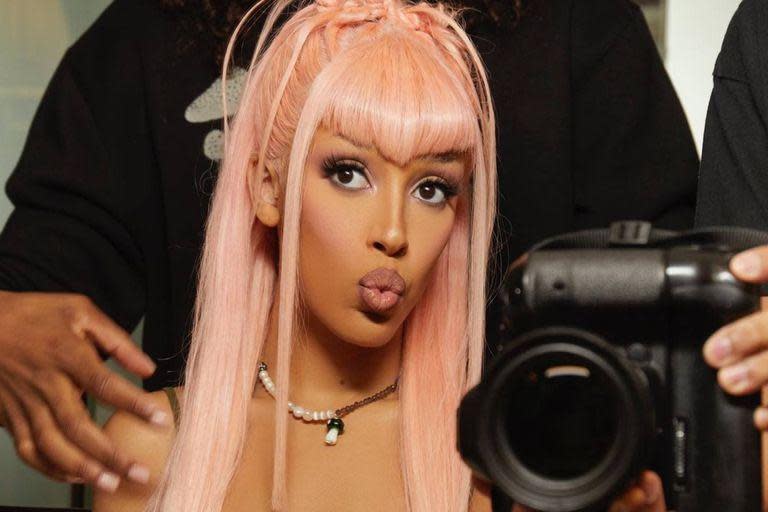 After her presentation at Lollapalooza Argentina, Doja Cat continues with a tour of Latin America, which included presentations in Paraguay and Brazil. Contrary to plan, he had to suspend one of his shows and this would have caused him a strong anger for which he lashed out on Twitter against his followers. The impact of his words was such that he had to delete his post from the social network.

Miley Cyrus’ plane had to make an emergency landing after being struck by lightning: this is how it turned out

“There was a storm in Paraguay and the show was cancelled”Doja Cat announced in a tweet, as she would have done formerly Miley Cyrus who made the same decision as his colleague. He then added, “When I left the hotel the next morning, there was no one at the door waiting for me. Get over it.”

The artist’s claim was in bad terms as she was not surrounded by her fans, as she is used to. Immediately, her followers reacted with a cataract of responses.

The accusations were not lacking and many remarked that, because of the comment, “fame” went to his head. However, evidence immediately appeared that contradicted the singer’s statements: there were fans outside the Asunción hotel after the cancellation of the concert.

In this sense, the singer was identified as xenophobic for not wanting to see her Paraguayan fans and ddecided to use a lie to justify his action.

The evidence that indicates that the singer lied (Photo Twitter)

Unleashed the scandal, in the first instance, Doja Cat held her anger and indicated that she did not feel bad about her statements. But then he deleted the tweets in which he accused his Paraguayan fans and minutes later he apologized to his audience in Brazil, where he did give a show.

“I don’t think I gave you a good enough show tonight and I’m sorry. for that, but thanks guys for coming. I love you and thank God we have another show tomorrow. I promise I will do better,” she wrote.

But the scandal did not end. During the early morning, she used Twitter again to make a release: “This m… is not for me, so I’m leaving. Take care of everyone”. In this way, he alerted his followers who interpreted that it is an announcement about his retirement. of the music. Beyond that, she did not elaborate on his statements.

Who is Doja Cat

Amala Ratna Zandile Dlamini She started her career in 2012, under the stage name of Doja Cat. She released her first song “So High” on a streaming platform, which led her to become known a year later. She comes from a large family of artists, since she was a little American she decided that she would dedicate herself to music. At 27, she stands out as a singer, songwriter and producer.

It was in 2014 that he made his big leap in the industry, signing a contract with a record company and at that time he released his first material. Since then, the combination of her rap with pop conquered the public. However, the controversy from time to time overshadows her talent. In 2020 she was accused of being racist for her song “Dindu Nuffin” in which he criticizes the reaction of the Afro-descendant community to police violence. From that moment, Doja Cat is pointed out as a person who denies her roots.