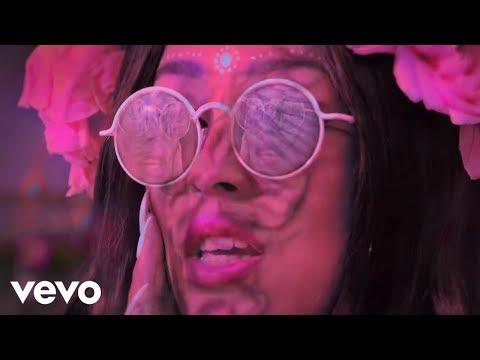 Doja Cat has become the female artist with the highest number of nominations in the new edition of the Billboard Music Awardsopting for 14 awards accolades for the best in the industry in the last year.

LOOK: Ana Torroja, one step away from singing in Lima: “I don’t miss anything about Mecano because I always carry it with me”

2022 seems to have become the best year -so far- for Doja Cat due to the other recognitions she has received for her musical work. Here’s a review of what her career has been so far.

The rapper born on October 21, 1995 in Los Angeles, California (United States) is the daughter of a marriage involved with art. Her father Dumisani Dlamini is an actor, composer and film producer of South African origin; while her mother, Deborah Elizabeth Sawyer, is a painter.

Amala Zandile Dlamini, the singer’s real name, learned to play the piano and danced since she was a child. Her brother was into rap and following her example, Doja decided to develop her skills for this music genre.

A curiosity that the singer has expressed about her stage name. “Doja” is related to her fascination with marijuana, since that is an alternative term to refer to cannabis; while “Cat” is linked to her affection for cats.

A review of his career

His beginnings in the music industry date back to 2012 on the SoundCloud streaming platform. Doja Cat released her first single “So High”; but it was not until March 2014 that the song went viral after signing a contract with RCA Records.

That same year he released his debut EP “Purrr!”, along with the video clip for “So High” that caught the attention of his followers. After that, she continued to post more music on both SoundCloud and YouTube, which caused people to start noticing her talent.

But it was only in 2018 when he released his first album “Amala”, in honor of his real name. That same year she published the fun video clip of her song “Mooo!”, which went viral on social networks and received positive comments from artists such as Katy Perry and Chris Brown. “Roll with Us” and “Go to Town” are other songs included on this album.

Her first song to enter the Billboard Hot 100 was “Juicy”, her collaboration with Tyga released in August 2019. This charted at number 83 and caused her album “Amala” to also enter the Billboard 200 chart with number 162. That same year, Doja Cat released her second studio album “Hot Pink”, which received good reviews from critics.

In 2020, Doja Cat managed to position herself in the industry by viralizing songs like “Kiss Me More” and “Streets”, which were spread through the Tik Tok social network. But the most successful song was “Say So”, the remix with Nicky Minaj, which reached the first position on the Billboard Hot 100.

The American rapper reached one of the greatest achievements of her career -so far- at the 2021 Grammy Awards. She raised her first gramophone in the category of Best Performance by a Pop Duo or Group with the song “Kiss Me More”, in collaboration with SZA. “Thank you all, I really appreciate it. Thank you everyone in my family, my team, I wouldn’t be here without you, without my fans. SZA you are everything to me, you are the talent, you are everything (…) I have faced many things, but this means a lot. Thanks everyone, stay safe. Take care”he said in his speech.

Despite her talent for music, Doja Cat has also been involved in some controversy during her career. In September 2018, Twitter users revealed that the artist had used homophobic insults in 2015. Through a tweet, she called the members of the band Odd Future a “faggot”.

To try to defend herself, the rapper pointed out that “I called a couple fagots when I was in high school in 2015, does this mean I don’t deserve support? I’ve said fagot like 15 thousand times in my life. Hate gay people? I don’t think he hates gay people. being gay is ok”.

However, some users did not believe his explanation. Even award-winning actress Debra Messing expressed her disappointment in Doja Cat’s response and asked her to use her platform better. As a result, the American apologized again and decided to delete her posts.

Years later, in 2020, his song “Dindu Nuffin” (2015) became popular on the internet. But people realized that the name of the single is also a term used to make fun of African-Americans who say they have been victims of the police in the United States. The singer again expressed her apologies for the single and stressed that her goal was to misrepresent the original meaning of the term. Furthermore, she stressed that she was not making fun of the death of Sandra Bland, an African-American woman murdered in 2015.

Also, in the midst of the COVID-19 pandemic, the artist shared ‘fake news’ about the virus, calling it “a simple flu.” Later, after becoming infected, she apologized for her statements and encouraged her fans to continue to respect the measures.

His stormy passage through Latin America

Doja Cat announced her arrival in Latin America as part of the main act at the well-known Asuncionico Festival, which was to take place in Paraguay between March 22 and 23, and which would also include the participation of other artists such as Miley Cyrus.

However, the event had to be canceled due to poor weather conditions. Before the news, the rapper expressed her annoyance and began to respond to her followers through Twitter. “There was a storm in Paraguay and the show was cancelled. When I left the hotel the next morning, there was not a person at the door waiting for me.”, was one of the first tweets published by the singer.

After that, her Paraguayan followers indicated that they were waiting for her outside her hotel, but that she would not have come to greet them. “We waited all day in front of the hotel in the rain. You never came out or said anything. Did you think we were going to go again the next day?”commented a Twitter user.

The American rapper continued to respond to attacks from netizens. Some of her tweets were deleted and others are still on her Twitter profile. Faced with all the controversy, the 26-year-old celebrity announced her withdrawal from the stage.

“He’s gone and I don’t give a f*** anymore. I quit I can’t wait to disappear and I don’t need you to believe in me anymore… Everything is dead to me, music is dead, and I’m a fool to have thought I was made for this, this is f*** nightmare. Stop following me.” it was read in the post of last March 25. In another tweet, the young woman added “this is not for me, so I’m leaving. Take care of everyone”. She even changed her name on Twitter from her to “I quit”, noting that she “resigned”.

This shit ain’t for me so I’m out. Y’all take care.

However, days later he apologized for his attitude and stressed that he will not walk away from music. “I get to travel, eat good food, see new people, smile, create memories I dreamed of having, laugh, support my family and friends, learn about the world, and give back to everyone because of you”he wrote on Twitter.

Later, he had his time in Brazil where he gave a couple of shows; but, the artist apologized for not having made the best presentation of her. “I think I haven’t given Brazil a good enough show tonight and I’m sorry for that, but thanks for coming, I love you and thank God tomorrow we’ll have another show, I promise. I will do it better”.

I don’t think I gave Brazil a good enough show tonight at all and I’m sorry for that but thank you guys for coming out I fucking love you and thank god we got another show tomorrow I promise I’ll do better. 💕🇧🇷

The Billboard Music Awards 2022 will reward the best of the music industry of the last year. The event, which will take place at the MGM Grand Garden Arena in Las Vegas, announced the nominees and the female artist who competes for the most awards is precisely Doja Cat.

The rapper is nominated in 14 categories, including the most important ones like Best Artist, Top Hot 100 Artist, Best R&B Artist, Best R&B Album for “Planet Her” and Best Collaboration for “Kiss Me More” with SZA.

It should be noted that this Sunday, May 15, it will be known how many awards Doja Cat will be able to take home.

Doja Cat at the Billboard 2022: a review of the artistic career of the controversial singer