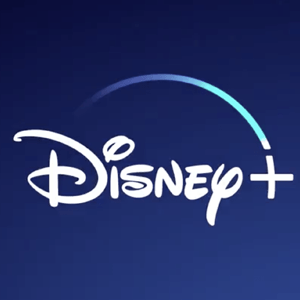 Little by little, advertising is coming to streaming platforms. In March, Disney+ announced its intention to launch a new subscription that is more affordable, but which will be partly financed by advertising. Obviously, the objective, for Disney, and to have more subscribers thanks to this cheaper offer.

The company plans to launch this new subscription in the United States this year, then offer it in other countries from 2023. For the moment, we do not know exactly when this offer will be available. But in the meantime, Disney’s projects are becoming clearer.

In an article published this week, Variety discusses the restrictions Disney would impose. Citing sources familiar with the matter, the media indicates that Disney + would like to remain cautious, by not displaying an excessive amount of pubs.

In essence, ads on Disney+’s low-cost offering would be limited to 4 minutes, on average, per hour. With this limit, SVOD users would see fewer ads than on competing services in the United States, such as NBCUniversal’s Peacock. Disney+ would also broadcast fewer advertisements than the Hulu platform, a streaming service which also belongs to Disney, and which has offered an affordable subscription with advertising for years.

Also, children should not see these advertisements. Indeed, Disney+ would have decided not to broadcast it on content targeting children, or on children’s user profiles. In addition, certain advertisements, such as those of a political nature, or those of alcoholic beverages, would be banned. Finally, Disney would also have decided to ban advertisements promoting the competition.

Of course, for the moment, this information is still to be considered with caution, pending the launch of the new offer in the United States (then in Europe, later). But in any case, Disney should certainly be very careful in order to preserve its image.

This rumor about the limitations Disney would impose on its ad-supported offering is circulating as Netflix prepares to follow suit. For years, Los Gatos company executives have spoken out against the idea of ​​an offer that includes ads.

But today, it is in trouble. In the first quarter, Netflix has indeed lost 200,000 subscribers and expects to lose 2 million within a few months.

Because of this, Netflix is ​​now ad-friendly. “Those who have followed Netflix know that I have been against the complexity of advertising and a big fan of the simplicity of subscription”said Reed Hastings, the company’s CEO, in April. “But as much as I’m a fan of that, I’m a bigger fan of consumer choice, and allowing consumers who want a lower price and who are ad-tolerant to get what they want makes a lot of sense. . »

And this affordable offer from Netflix could arrive as soon as this year. In an article, the New York Times relays a note that the SVOD would have sent to its employees. In it, the company would have indicated that the objective is to make the offer financed by advertising available before the end of the year. Netflix also reportedly wants to start cracking down on password sharing (which is believed to be one of the causes of lost subscriber numbers) in Q3.

To justify the creation of this ad-financed offer, Netflix would have explained to its employees that “Every major streaming company except Apple has or has announced an ad-supported service. »

“For a good reason, people want cheaper options”we would also read in this note.

To boost its growth, Netflix should also continue to focus on video games. Currently, the company offers access to a catalog of mobile games to its subscribers. And by the end of the year, this catalog could include around fifty titles.

Moreover, today the company would also explore live contents. But for the moment, the matches would not be on the program.

Disney +: how much advertising time for the low cost offer?