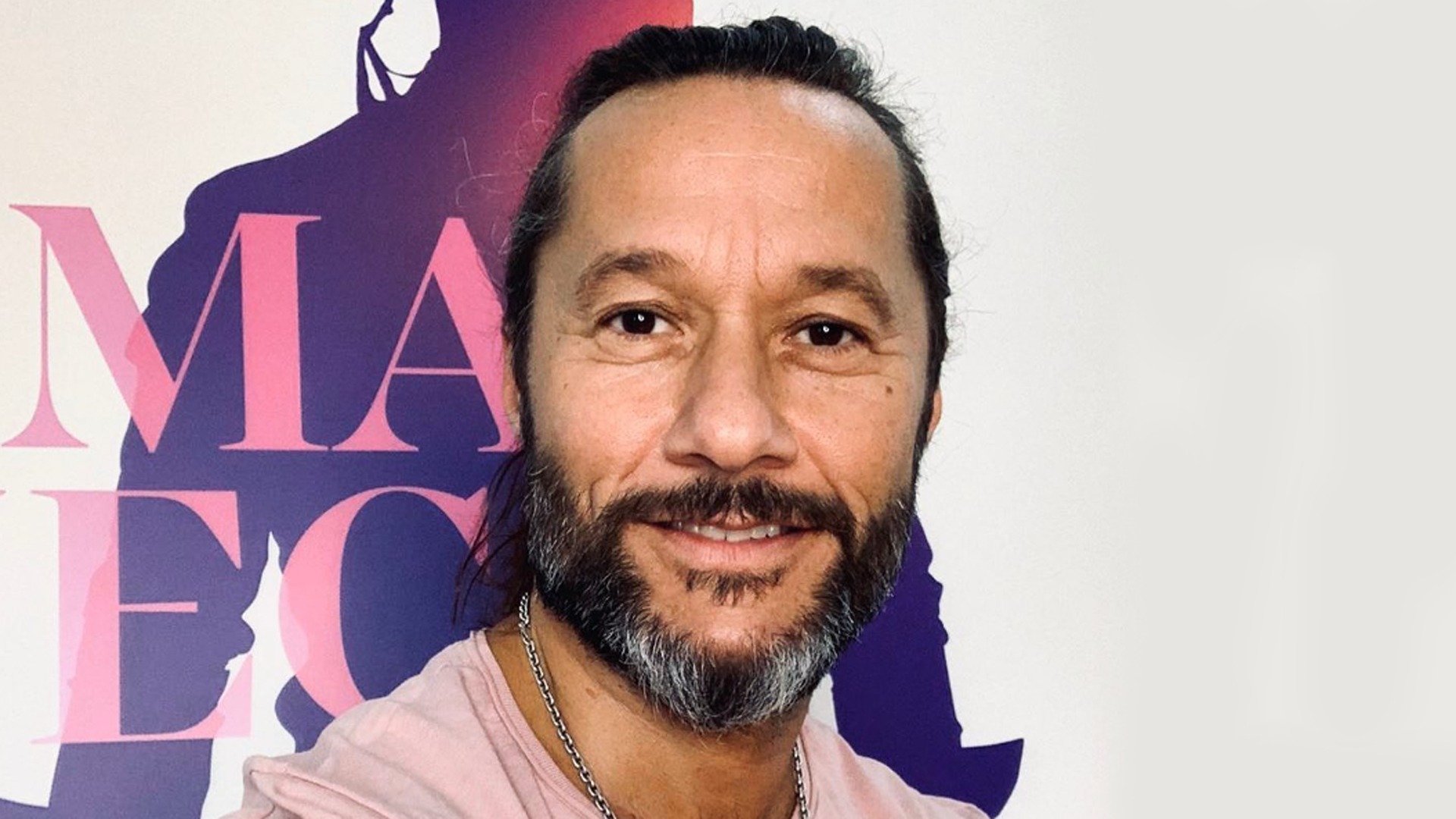 since december Diego Torres beats on social networks the reunion with his audience thanks to his new album, Atlantic on foot. The accompaniment of his admirers generated that the initial proposal of two dates in the Grand Rex Theater became four presentations, after selling out locations every time he added shows to the schedule. In the last few hours, she reported on her Instagram account that contracted coronavirus and was forced to postpone three concerts to recover before seeing his fans again.

“It is with great regret that I have to give you the bad news that I am with Covid and that for this reason we have to reschedule this week’s concerts.”, he communicated in the epigraph of the post. “I am taking care of myself and getting well to meet again after a long time. A big hug for everyone! ”, She concluded next to the image where she clarified the changes in the functions, which were originally scheduled for May 19, 20, 21.

“The show on Thursday May 19 goes to Wednesday May 25; that of Friday, May 20, passes to Sunday May 29; and that of Saturday May 21 passes to Saturday May 28”, he explained through a banner. He also recounted that the show on May 27 remains unchangedas well as those that will be offered in the interior of the country on June 2 in Rosario and on June 4 in the province of Córdoba. 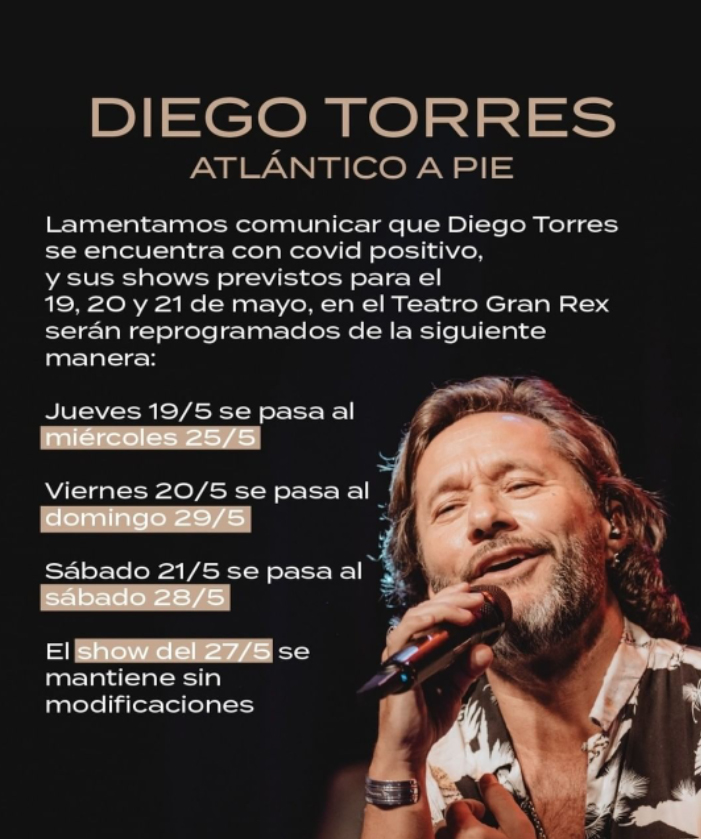 Regarding the tickets, he assured that those that were purchased will be valid for the new dates without the need to be replaced, and in case of not being able to attend, a refund can be requested. Days ago he had confessed the great expectation he felt to play on stage again: “How happy it makes me to know that we will have many nights to meet. See you there!”.

At the end of March, the artist had a one-on-one with María Laura Santillán where he talked about the production of his new album, and explained the special meaning of the name he chose. “When I was writing that song, that phrase came to me and I said: ‘Ugh, this is the title of the album.’ I felt that by not traveling, one could use the metaphor of crossing the Atlantic on foot, as Juan Luis Guerra says, ‘The Niagara by bicycle’”. In this sense, he deepened the importance of applying the concept as a way of life: “To say: ‘My freedom of thought continues to be free’, and through the songs I say and sing, I send a song to another colleague and we sing together, the songs travel and carry their content, their message”.

“I am a Piscean, I am from the sea, I like to ride my boat all the time, I throw myself into the sea and I enjoy it. Many people like Miami for the shopping malls and amusement parks, what I like is the feeling of living in the Caribbean”, she confessed. As to the song “To feel free” revealed that it has to do with the pandemic and his separation from Débora Bello, after 17 years together. “It talks about that freedom that we have lost, about how we get along with loneliness. We find it difficult to find ourselves alone, it scares us and we fill ourselves with things that keep us entertained; and when we close the door… no one can escape from oneself”.

When asked what his fans are going to find when they go to his concerts, he assured that they will have an epic moment. “There is everything, one tries to provoke different emotions in people. Sing, dance, laugh, get excited. That is a label that naturally appeared in me, it is not that there was a marketing department, I listen to diverse music since I have the use of reason, “he said.

Controversy in the Martín Fierro because they excluded Dieguito Fernando from the tribute to Maradona: “There was a black hand”
The discomfort of Fernanda Vives for a question from Nancy Pazos: “I don’t know how to handle it”
Carolina Baldini and a bath boy nicknamed He-Man: 14 years after the scandal that caused the separation of Cholo Simeone

Diego Torres tested positive for coronavirus and rescheduled his concerts: “I’m taking care of myself”