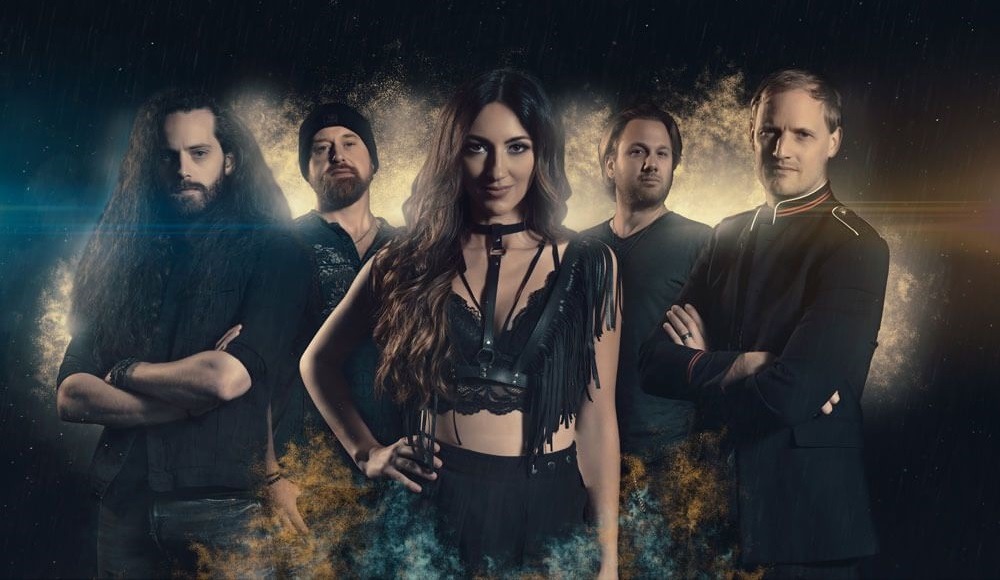 In 2022, DELAIN unveiled their new line-up and announced a highly anticipated new studio album titled “Dark Waters” due out February 10, 2023 via Napalm Records. With this new album, the band opens the way to a new era, while remaining faithful to the unique musical universe that fans love: catchy and explosive melodies full of contrasts and a real talent for orchestral arrangements.

Released today, new single “Moth To A Flame” showcases the versatility of DELAIN by presenting a pop-like song, and demonstrates in a masterful way that the international group gathered around the founder Martijn Westerholt holds its place at the top of the stage! Fueled by massive worldwide support and enthusiasm upon the release of first single “The Quest and The Curse” and more recently “Beneath” (currently amassing over a million views), the official video for “Moth To A Flame” can be found below.

“I’m particularly proud of this piece. It’s one of the most upbeat tracks on the album while having the heaviest guitar riff, and Diana’s voice is outstanding! It’s an explosive combination and I think the fans are going to love it. »commented the keyboardist, founder and principal composer Martijn Westerholt.

For more than 20 years, Martijn Westerholt galvanizes the world with his eye-catching compositions. Thanks to hits like “We Are The Others” or “April Rain” which enchant their fans, DELAIN has amassed millions of streams on Spotify and views on YouTube. With six albums, the group has positioned itself at the top of the rankings with “Apocalypse And Chill” and “Hunter’s Moon”. The group has performed all over the world alongside SABATON, NIGHTWISH and WITHIN TEMPTATION, as well as on the stages of the biggest European festivals, and this year embarks on a new, even more promising journey with its new line-up!

Next to Martijn Westerholt, Ronald Landa and Sander Zoerrespectively guitarist and drummer since 2021, strengthen the sustainability of DELAINwhile the latest arrivals Diana Leah lead vocals and bassist Ludovico Cioffi evolve its sounds. Songs like “The Quest And The Curse” and “The Cold” (which features an actual choir) seduce with an emphatic sound and carefully fuse orchestral melodies, heavy, epic riffs, and standout vocal performances. DELAIN manages not to lose its characteristic musical signature which stabilizes them more than it makes them trample.

Pre-orders for the new album are open here: Delain-DarkWaters