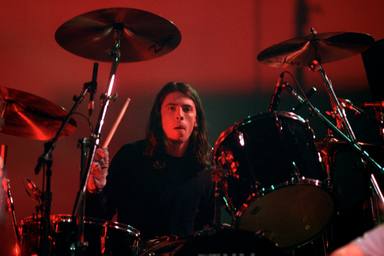 This January 14 we celebrate the 53rd birthday of Dave Grohl, one of the legendary artists in the history of music. The current leader of Foo Fighters and legendary Nirvana drummer is in a splendid professional stage and we look forward to the concert at the Metropolitano on June 20. To celebrate this birthday in style, we wanted to remember one of the most important moments in Grohl’s career: his entry into Nirvana. A signing that was a betrayal and that we tell you below.

The fall of 1990 was a really important time for Nirvana, one of the most promising rock bands in the northwestern area of ​​North America. They had it all: they were loud, disruptive and had attitude. However, they were still missing a piece in their musical puzzle, a drummer capable of taking them to the next level, someone, as bassist Krist Novoselic said at the time, who could be defined as “a beast that walked on the earth“. That man was Dave Grohl.

At just 21 years old, Grohl was not the charismatic guy we know today. The ugly young man born in Washington DC, however, already had enough boards after performing with his punk band, scream, On numerous occasions. His first meeting would take place, precisely, in a show of this group, to which Kurt Cobain attended invited by buzz osbourne, Melvins singer and fan of both bands. The blond was impressed with what he saw.

the sound engineer Craig Montgomery witnessed that magical moment. “I was between Kurt and Chris when Cobain said, ‘That’s just the kind of drummer we need.’ Dave had an energy that was hard to ignore and they were both impressed with how he played. He seemed like he fit in really well with what they were doing.“.

Shortly after, Cobain and Novoselic made one of the most important decisions of their career: to betray Dan PetersNirvana’s drummer at the time, inviting Dave Grohl behind his back to play with them in Seattle on September 21, 1990. The truth is that Peters hadn’t been in the band long, but long enough to have recorded a single, “Silver”with them.

Of course, his live trajectory lasted exactly one concert, on September 22 of that same year. Unaware of what was about to happen, Dan calmly walked onto the stage, unaware that Grohl was in the audience and that, just a few days later, Dave would be the man to sit in his place. Nirvana’s “betrayal” was about to take place.

Only a few days passed until Grohl joined Cobain and Novoselic to rehearse at a local studio called Dutchman, quickly proving that he was the link they needed for the band. The first years of Nirvana had been characterized by the entry and exit of several drummers but, now yes, the members of the group knew that they had found the definitive one.

“Within a couple of minutes, it was clear to us that he was the right drummer. He hit hard and was very dynamic. They were so bright, so fired up, so vital… He was cool.”“Recalls Novoselic in the biography of the band‘Come As You Are’.

Cobain called Peters and fired him, only to announce his new addition on local radio a few days later. Cruisomente, nobody told Grohl that he was in Nirvana, they just simply called him back to play.

The betrayal was necessary, as time has shown. Nirvana signed a deal with DGC Records just a few months after Grohl’s arrival, and by September 1991, a year after his arrival, they became stars with the release of their second studio sidco, ‘Nevermind’. By January of the following year, the band had already managed to reach number one on the sales charts. The rest, as epic as fleeting and tragic, is history.

Dave Grohl and his entry into Nirvana: the historical betrayal that changed the musician’s life forever