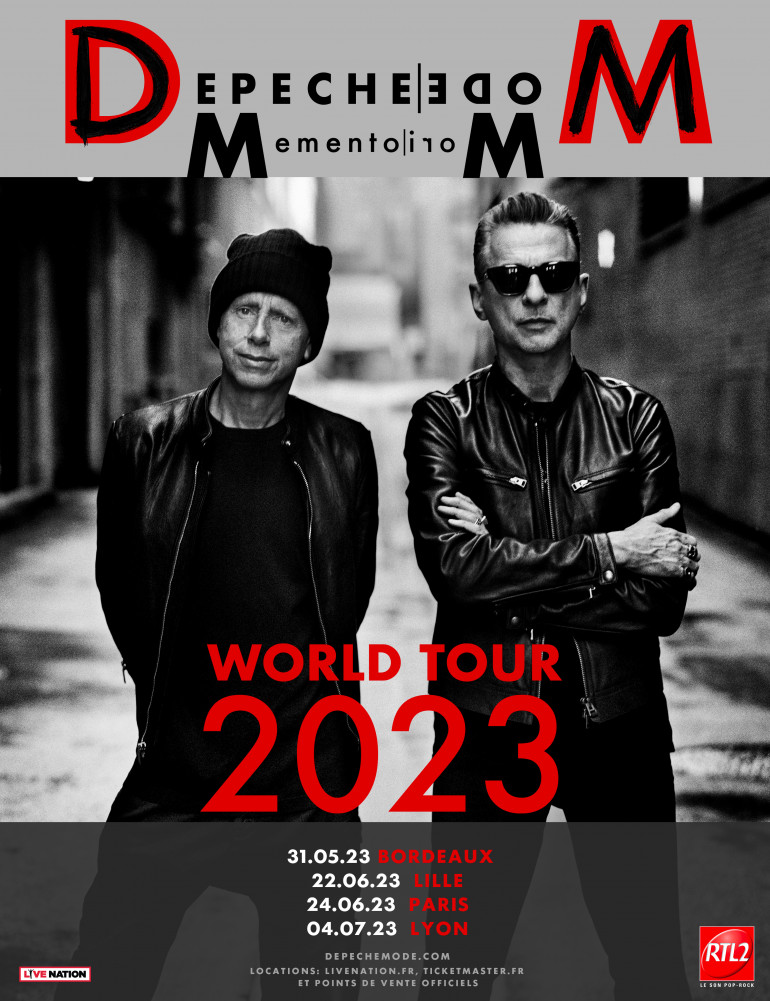 It was the world event of this beginning of October. Depeche Mode, the iconic electronic music and alternative rock band announced Tuesday, October 5 at a special event in Berlin the release of their new album Memento Mori and their subsequent world tour, the Memento Mori Tour .

Marjorie Hache took an early morning flight to the Berliner Ensemble theater at 1 Bertolt Brecht Platz in Berlin and attended for #LeDriveRTL2 along with journalists and fans from around the world at the group’s press conference. After this event, she had the right to spend a few moments with Dave Gahan in person. And the question she asks the singer of Dépêche Mode is the one that everyone in the audience had on their lips, namely the precise release date of the album and the first single?

If Dave Gahan remains quite evasive on the exact date of the release of the album which should arrive in March 2023 and on the date for the first single he wishes to specify that the album is almost finished and that he has just passed these last months in the studio, mainly at Martin Gore in Santa Barbara. The two remaining members of the band are going to New York next week to do some more work. The album is currently being mixed in London. A mix that should be completed in the coming weeks. But the two remaining members of the group agree on the order of the titles and the first title they will use.

A “Memento Mori” to celebrate life

Depeche Mode’s new record is therefore called Memento Mori which can be translated as “remember that death is inevitable”, a way for them to celebrate life. Indeed the year 2022 was marked by a blow for the group: the death of the keyboard and founding member Andrew Fletcher. A disappearance that Dave Gahan evokes “When Fletch died … inevitably, Martin and I talked about the sequel … It was shocking. We wondered what we were going to do for the sequel. And we decided that we wanted to continue. What will stay with us and you is his “Memento Mori”.” A title that had been chosen well before his death and that Andy Fletcher did not know that it was going to become the name of the album since it is Dave Gahan and Martin Gore who take care of the phase writing the songs.” but he was very excited…through his wife Grainne to come and join us in the States to listen to the songs. Unfortunately, that never happened.”

Depeche Mode is therefore preparing a tour of stadiums around the world and will pass through France for four dates with RTL2. The opportunity for Marjorie Hache to ask Dave Gahan what relationship he had with France? A passionate relationship, comments Dave Gahan: “Over the years we have done so many concerts with a lot of passion. There are quite a few concerts that we have done, particularly in Paris. There is one in particular at the Stade from France I had just been ill, I had just left the hospital. We had met to rehearse and my first concert after my convalescence was at the Stade France. I remember arriving on stage. What I felt was an incredible audience. It upset me. I remember this concert when I’m feeling down and questioning myself. I’m trying to think about that.”

Memento Mori the group’s 15th album scheduled for spring 2023 and the group’s worldwide discovery will pass through four major French cities: Bordeaux (May 31), Lille (June 22 at the Pierre-Mauroy stadium), Paris (June 24 at the Stade de France) and Lyon (July 4 at Groupama Stadium).

Depeche Mode in concert with RTL2 in 2023

Dave Gahan of Depeche Mode on RTL2: “we decided we wanted to continue”