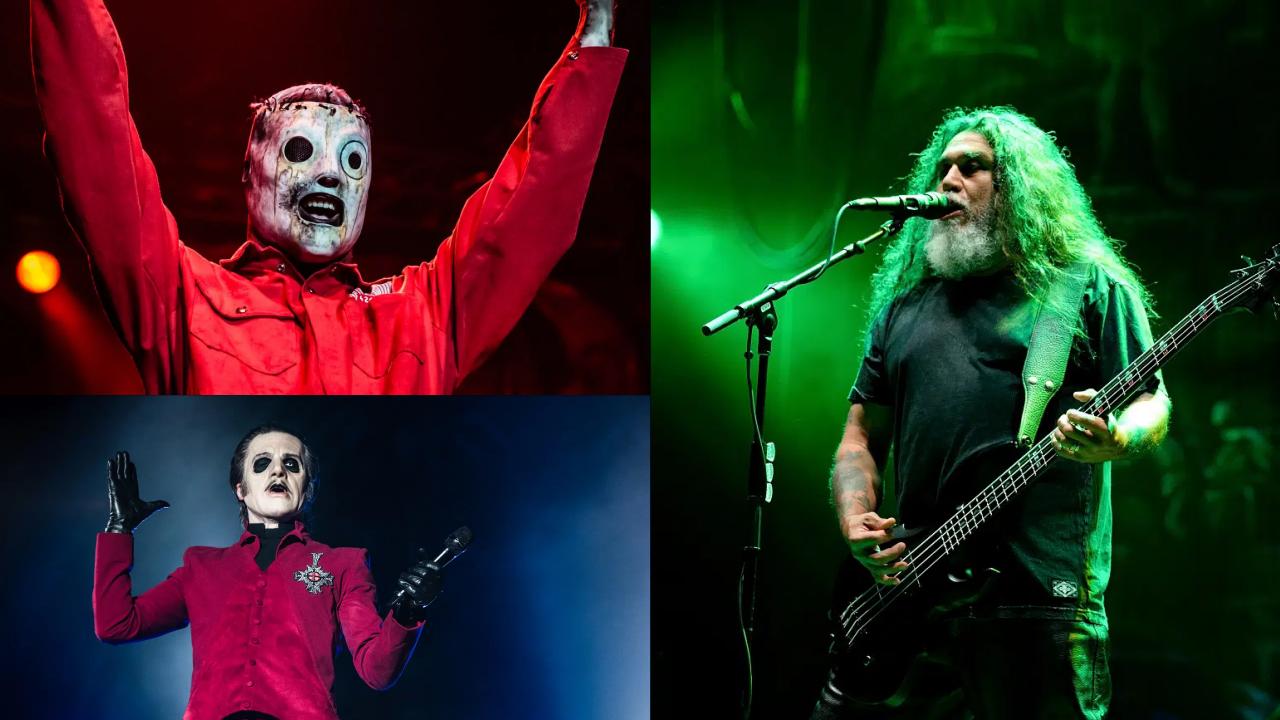 
Among the many fans of the same group, it is always interesting to see what catches the attention of one or the other, because the tastes of music lovers of the same genre can be very different.

It’s pretty obvious if you take the time to think about it, everyone likes things for significantly different reasons, and the same goes for a band like Slayereven if its sound Thrash Metal may seem a bit monolithic at first listen.

In a new article published by Metal Hammerthe magazine asked many notable musicians from the stages Rock and Metal what their favorite Slayer song was, and compiled their answers for the curiosity of its readers.

Among the musicians who answered the call, we can mention Corey Taylorsinger of Slipknotwho chose South Of Heaven, taken from the album of the same name, released in 1988.

He explained : “It’s my favorite Slayer album and my favorite Slayer song. The way she starts is so epic. It just keeps building up like a long intro, you know what I mean? You’re ready for it to start and no, it’s so frustrating. It pissed me off the first time I heard it, but when it really starts, oh my! It’s the equivalent of hitting a baseball bat in the face.”

He added : “It’s one of my favorite Hanneman/King tracks, Lombardo’s fills are so spectacular, and there’s real venom in Tom’s voice. It’s madness, you can feel it. For me it’s not the scariest song on Slayer, nor the fastest, but it sums up Slayer with everything it offers. A tension that is growing in view of a completely crazy surge of metal.

For his part, Tobias Forge, the brain of Ghostchose Haunting The Chapel from the 1984 album of the same name, stating: “I like the weird time signature at the start. They were so twisted back then. I’ve always been a big fan of Metallicaand Slayer, in a way, was everything Metallica wasn’t and vice versa.”

He added : “Slayer, at the time, was doing the most evil riffs, and there was something really hostile about them. There is not a single happy note. Their lyrics and imagery were really cool, and they sounded great and played great. This period of Slayer’s debut is without a doubt one of my favorite periods in extreme metal.”

Slayer played their very last show on November 30, 2019 at the Forum in Los Angeles, marking the retirement of one of the most legendary thrash metal bands in history.

Guitarist Kerry King has mentioned several times that he feels that the departure of the group was “premature”. Since then he has been working on a new project which should be released soon.

For their part, Slipknot and Ghost will have a busy year in 2023.

Slipknot will be present at the Nîmes festival and two days before, he will play as part of the first Italian edition of the Knotfest festival in Bologna. The group will also be one of the headliners of the Hellfest and GreenfieldFestival.

Slipknot might even release their bonus album, Look Outside Your Windowduring the year.

As for the rising Swedish rock band, Ghost will give eight shows in France in May 2023, together with Spiritboxin addition tobring “a little change”…