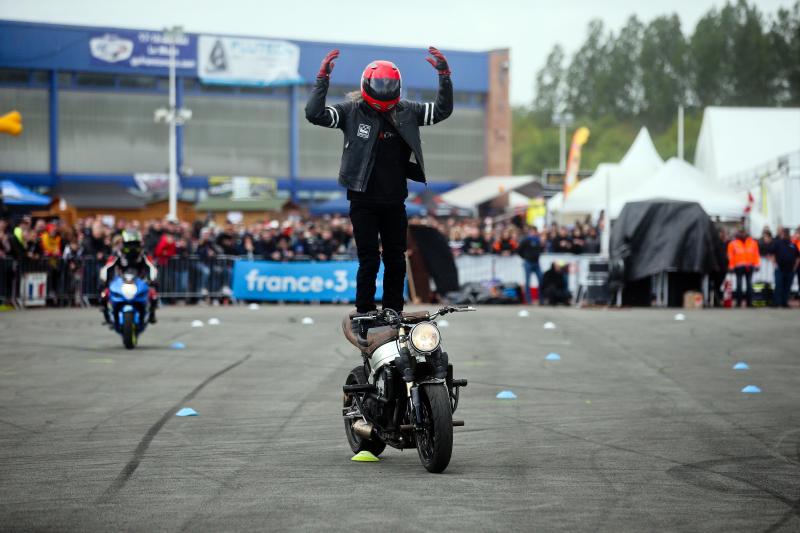 The last edition of the Motorcycle Show took place on April 27 and 28, 2019. Since then, the Covid has been there and the 2020 and 2021 editions had to be canceled due to the health situation and confinements. The 41st edition of the region’s flagship event for bikers will not see the light of day. The organizers have decided to change the concept in order to breathe new life into the event, which has seen its attendance decline in recent years (around 15,000 visitors in 2019). In the good old days, the salon brought together forty to fifty thousand people! Place now at the Mecanic show.

An event which is intended above all to be open to the general public and not only dedicated to two-wheeler enthusiasts. Bruno Moniot, the new president of the Moto-club de Pecquencourt recalls that ” the era is no longer the same so you have to know how to change. »

This name change means that the bike will no longer be the only star of the Pecquencourtois show. An exhibition of trucks and cars will be offered to visitors. We will also find motorcycles, don’t worry. Animations will also be on the program with vehicles that will be out of the ordinary like this Norman who will go to Pecquencourt with a Peugeot 205 equipped with an F16 aircraft engine! ” He will give demonstrations during the two days as did the animator Vincent Perrot at the time. », explains Bruno Moniot. Julien Perret’s Urban Trial Show will present a breathtaking number of extreme precision where the pilots will overcome obstacles (truck, structure over 7 meters high) and perform incredible tricks.

In stunt, we will have the return of the child of the country, Alain Rousseau. Originally from Bruille-lez-Marchiennes, he has several world speed records on one wheel. Aged about fifty, he decided to come out of his sporting retirement to perform in Pecquencourt.

Not everything was thrown into the old Motorcycle Show schedule. The traditional clearance sale will be held on Sunday morning in the center of Pecquencourt.

In 2019, during the last edition of the Motorcycle Show, you had to pay 15 € (28 € for the two days). This year, for the first edition of the Mecanic show, the entrance fee is set at €5 (free for children under 12). A drastic drop in admissions which can be explained by the organizers’ desire to attract a new audience to Pecquencourt, but also to silence the critics. During the last editions, the price had made visitors wince. For the time being, places are to be withdrawn at the Rallye (café-tabac located on the Place de Pecquencourt). It will also be possible to buy tickets on site during the two days.

The Northerners of Marcel and his orchestra and Yarol Poupaud (former member of FFF and guitarist of the late Johnny Hallyday) are the last artists to have performed at the Pecquencourt Motorcycle Show. Before them and for nearly 40 years, many famous singers and groups performed there. We think in particular of Louis Bertignac, Trust, Dick Rivers, Les Wampas, Mano Negra, The Stranglers. More surprisingly, the rapper Doc Gynéco made an appearance, but the group that left the most memories for the Moto-club volunteers was Boney M in the early 80s. Bikers love disco. It was madness in Pecquencourt. This year, the musical entertainment will rest solely on the shoulders of a single group which will perform during the two days (between 4 p.m. and 6 p.m.). Whynot Company was chosen by the organizers. This rock group from the region offers a wide repertoire of covers ranging from Radiohead to Joe Cocker via Queen and Dire Straits. ” They promised me to offer two different concerts “says Bernard Moniot.

Concert, stage, price: we tell you everything about the Mecanic Show of Pecquencourt which arrives in 15 days