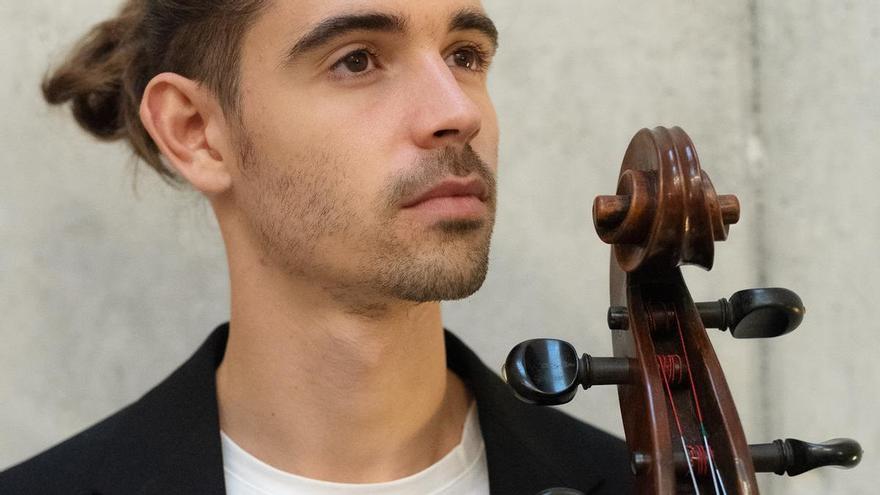 The performance, promoted by the Alicante Concert SocietyIt is free admission until full capacity.

Winner of the first prize and four special prizes at the Antonio Janigro International Competition in Zagreb in 2016, the cellist eldish alfredo ferre He has performed as a soloist in some of the most important venues on the international scene, such as the National Music Auditorium in Madrid, V.Lisinski National Auditorium in Zagreb, KKL in Luzerna, La Fenice Theater in Venice or the Shostakovich Hall in Saint Petersburg, with orchestras such as the Zagreb Soloists, Malaga Philharmonic, Radio-television Orchestra from Croatia, Lüneburg Bachorkester or the Queen Sofia School Orchestra.

has acted in Festivals such as Kronberg in Germany, Wissenburg Festival, Gstaad Menuhin Festival, or the prestigious Verbier festival, where in 2017 he received the Jean-Nicholas Firmenich award. A lover of chamber music, he has collaborated with artists such as Mischa Maisky, Claudio Martínez-Mehner, Sol Gabetta or Vlad Stanculeasa, and has recorded for RTVE in Spain, HRT in Croatia, Medici.tv, or Venice Radio.


Born in Elda, he began his studies with Francisco Pastor and Rafael Jeziersky. Later he moved to Madrid to train in the Reina Sofía Higher School of Music with Natalia Shakhovskaya and Michal Dmochowsky. After his time in Madrid, Alfredo entered the Basel Hochschule, his current residence, continuing his studies with Ivan Monighetti, Sol Gabetta, Reiner Schmidt and Anton Kernjak. He has finished his student stage with a postgraduate degree in the class of Claudio Martínez-Mehner.

Alfredo, also known as onomeya, combines his career as a classical music performer with the composition and production of electronic music, which is leading him to collaborate with visual artists, dance projects. On the other hand, and after many years observing and studying the effects that sound has on people, Alfredo teaches individual and group sound therapies to rebalance and increase our energy, our vibration. In them, Alfredo uses his voice, the cello and Tibetan bowls, among other instruments.

For his part, the pianist Dominic Chamot, born in the German city of Cologne in 1995, is acclaimed by the public for his extensive and multifaceted international activity as a soloist and chamber musician. Despite his young age, he has won more than twenty international prizes and awards, making him one of the most successful pianists of his generation.

After his beginnings at the HFMT in Cologne in Shelia Arnold’s class, he moved to Basel to study with the famous pedagogue Claudio Martínez-Mehner, where he obtained the Bachelor and Master Soloist degrees with the highest qualifications. During this time, Chamot is invited to play in venues such as the Berlin and Cologne Philharmonic, the Vienna Musikverein or Steinway Hall in New York, with orchestras such as the WDR Symphony in Cologne and the Basel Symphony.

He has received international awards in Berlin, Zwickau, Enschede and Weimar, and has received scholarships from the Deutsche Stiftung Musikleben, the Migros Kulturprozent and the International Lieven Piano Foundation.

He is also in great demand as a chamber musician and accompanist: he has been invited to prestigious European chamber music festivals and has worked as an accompanist for the Basel Theater.

The pianist and music critic Hannes Sonntag describes it this way: “Dominic Chamot creates that lasting emotional experience that we all seek when making or listening to music”

Concert by the Eldense cellist Alfredo Ferre in Alicante