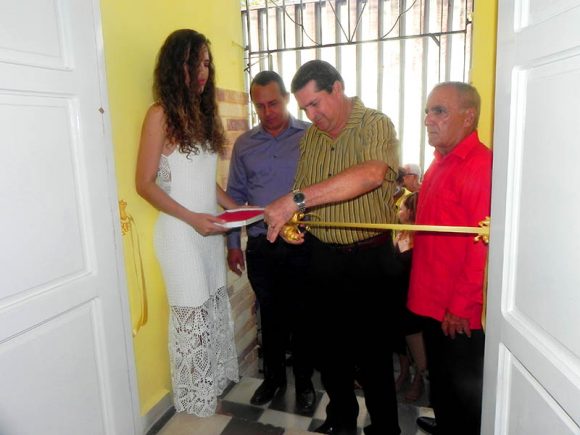 After a complex restoration process, the well-deserved headquarters of the provincial concert band was opened. Photo: Now.

The new headquarters of the Holguín provincial concert band was inaugurated on October 10the day of their centenary, in the city of parks, remembering precisely the first time they appeared before the people of Holguin, then under the baton of the Spanish maestro Ángel Díaz Uriona.

After a complex restoration process that converted the building that once occupied the El Jigüe restaurant, the well-deserved headquarters of the provincial concert band was opened, which, in addition to being a rehearsal space, it will extend its use value as a methodological center for the attention of municipal bands and the training of emerging musicians.

Ernesto Santiesteban Velázquez, member of the Central Committee of the Communist Party of Cuba and its first secretary in Holguín, meant that To the pride of all Holguin residents, the provincial concert band achieves, after one hundred years, the place it always deservedan institution that defends culture because to do so is to defend the Homeland.

“Congratulations to the 75 who are part of the band today, recognition and thanks to those who have been part of it over these hundred years and to maestro Humberto Pino for passionately defending this great work,” Santiesteban said. Velazquez. 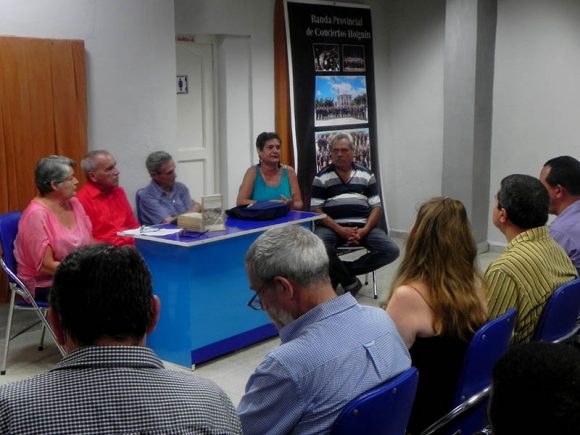 The day continued with the presentation of the book “Banda Provincial de Conciertos. One hundred years of a triumphant sound”which was authored by Humberto Pino himself and was published under the protection of La Mezquita, seal of the National Union of Historians of Cuba in Holguín.

Mayra San Miguel, editor of the volume, commented on the pleasure it was for the editorial team to work on the book, which has a printed version and another two in digital format, one as an ebook for reading from mobile devices and the other as an interactive book that includes part of the band’s musical repertoire.

“We are facing a study that saves for history an important part of the cultural memory of the province of Holguín”underlined San Miguel, and added that it is a work marked by the rigor and accuracy of our concert band, in which its author exposes a hundred years of cultural legacy and brings us closer to a history that is entrenched in taste popular for the concerts and public concerts in parks and squares.

He specified that It is structured in two main parts.the first deals with the background, genesis and evolution of the Holguín provincial band, while in a second moment emphasis is placed on the work of this cultural project in the new millennium.

Photographic annexes, as well as the creation of a chronology with the most important activities of the provincial concert band in this century They accompany the book that emerged from the results of the Master’s Thesis in History and Culture that Humberto Pino developed.

Pino, main director of the Holguín concert band, expressed his gratitude for the support received from the main authorities of the Party, the Government and the provincial directorate of Culture and assured that the story continues.

The meeting on Monday was also attended by Governor Julio César Estupiñán Rodríguez, Rachel García Heredia, provincial director of Culture, Julio Méndez, president of the Holguin delegation of the National Union of Writers and Artists of Cuba and Hiram Pérez, director of the Office of Monuments and Historical Sites of Holguín. 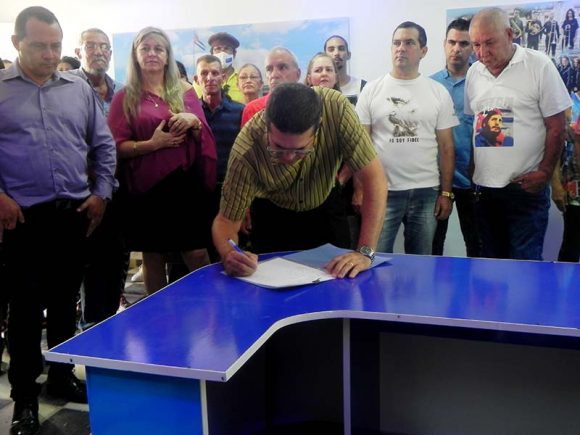 The new headquarters will extend its use value as a methodological center for the attention of municipal bands and the training of emerging musicians. Photo: Now.

(With information from Now)