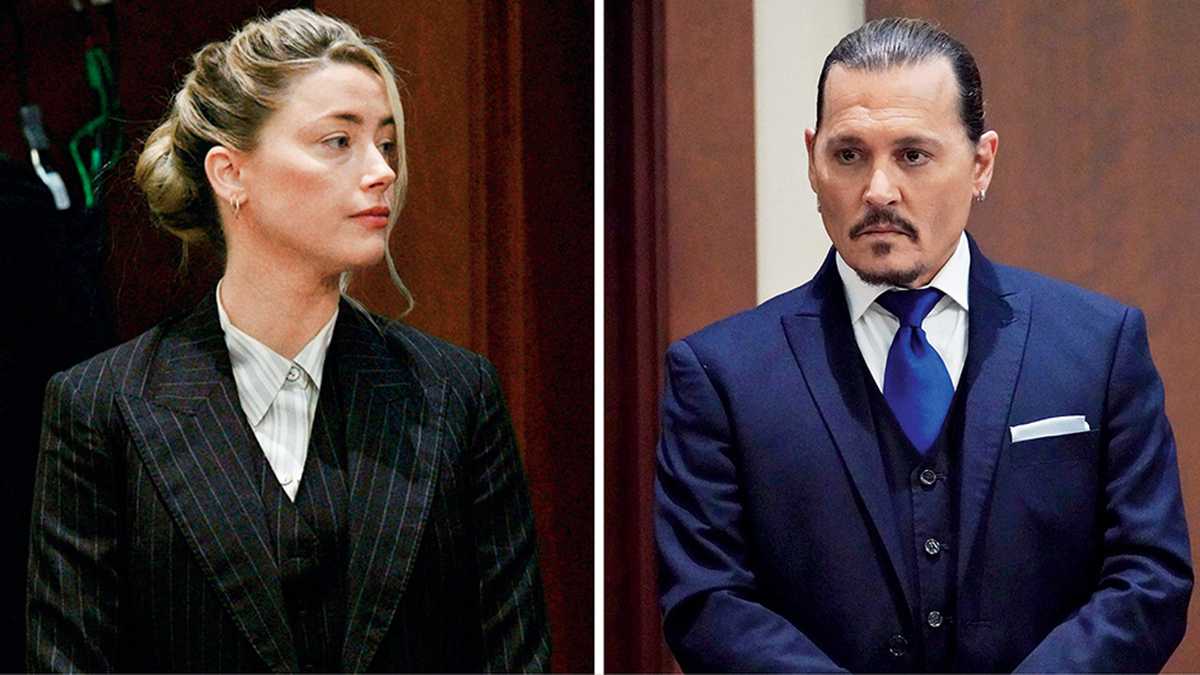 Leonor Espinosa took Colombia this week to one of the planet’s summits. She was named the World’s Best Female Chef 2022 by the influential The World’s 50 Best Restaurants list. “I receive this award with great joy because now my voice can be heard a little more, which will allow me to continue using gastronomy as an instrument for generating socioeconomic well-being, especially in developing countries,” she said excitedly.

Espinosa does a commendable job not only for its delicious seasoning, but also for recovering the ancestral gastronomic knowledge and culinary techniques of indigenous and Afro-Colombian peoples. She is one of the greatest protectors and ambassadors of the country’s enormous biodiversity and has encouraged Colombians for years to be proud of their flavors. Thanks to her work and her foundation, Funleo, many families of small producers managed to reach the most exquisite tables.

The trial that pits Johnny Depp against Amber Heard continues and the voltage of the revelations does not diminish. She counted this week the dozens of attempts she made to put an end to that toxic and violence-filled relationship. “I had to leave it. She knew that if she didn’t, he wouldn’t survive. She was so scared that she believed it was going to end very badly for me,” she said. The actress described the protagonist of Pirates of the Caribbean as a “monster” and narrated how the two normalized the aggressions.

He pointed out that asking for a divorce was very hard, because at that time “I loved him too much”. However, she clarified that she wants to move on and for Johnny to too. “I just want him to leave me alone,” she concluded distraught. For Heard, being in front of the jury for hours recounting the darkest moments of her life has been an “emotional torture.”

Amid Russia’s tense offensive against Ukraine, all sorts of things have been said about Vladimir Putin. The latter caught my attention. Former British spy Christopher Steele, who had warned of Russian interference in the election of Donald Trump, assured that he was “certain” that “Putin is seriously ill.”

A recording is also circulating in which a Russian oligarch said he would have blood cancer, would have undergone surgery a few days before launching his offensive against kyiv and would undergo another operation soon. Furthermore, according to the oligarch, Putin is losing his mind and has “gone crazy”. It is not the first time that versions of this style run. A few weeks ago, it was also circulated that he would have Parkinson’s and schizoaffective disorder, which generates hallucinations. The Kremlin denies everything.

The last days of Hawkins

Taylor Hawkins, the iconic Foo Fighters drummer, had told his friends that he “couldn’t take it anymore.” This is how several of them told Rolling Stone magazine, which reconstructed in detail the last days of the drummer, who died in Bogotá the night he was going to give a concert at the Festival Estéreo Pícnic, on March 25.

In the report, Matt Cameron, from Pearl Jam, and Chad Smith, from Red Hot Chili Peppers, narrate the suffering of Hawkins, who had told them that he was exhausted and collapsed. They added that the musician felt pressured by having to do more and more concerts and had asked to lower the rhythm.

“He tried to stay on his feet,” Cameron said. “He just did whatever it took to stay on his feet, but in the end he just couldn’t keep up.” The group had 62 dates scheduled for 2022. The publication recounts episodes of this extreme fatigue that was experienced, such as a day when he allegedly lost consciousness on a plane. The gang denies it.

Father Diego Jaramillo reached the ninth floor. The priest is one of the most beloved characters by Colombians. He has been at the helm of the God’s Minute program since 1993, when Father Rafael García Herreros, who was its director for 38 years, passed away. The space is iconic on Colombian television and has been on the screen since the 1950s, which is why it is considered the oldest in the country.

It is a minute before the seven o’clock news broadcasts to reflect on God and daily life. The figures of what he has produced are impressive. They have helped more than 160,000 families to have a home, a university spread over more than 70 municipalities, 26 schools and 15 bookstores. The father’s phrase “God, in your hands we place this day that has passed and the night that is coming” is a fundamental part of the lives of millions.

The health of Pope Francis has been a cause for concern in the Vatican, but he himself has made sure not to lose the good humor that characterizes him, even in the face of his ailments. “Do you know what I need for the leg? A little tequila”, he told some Mexican priests, who approached him when he was in the popemobile. One of them, Father Rodrigo Fernández de Castro, posted the video on TikTok and it went viral.

The pope suffers from a torn ligament that does not allow him to walk well and that is why he has used a wheelchair. He himself said that they are treating him with infiltrations to manage the pain. But he has joked about his situation. “It’s something temporary. They say that this only happens to older people, and I don’t know why it happened to me… ”, she stated, laughing, recently.

Colombian pride: Leonor Espinosa was chosen as the Best Female Chef in the World 2022