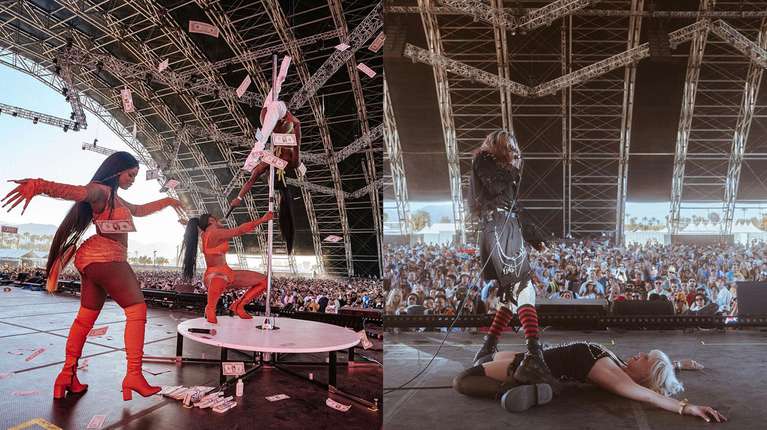 The Weeknd was one of the figures of the first weekend of the Coachella festival. The singer performed songs from his new album Dawn FM live for the first time. Abel Tesfaye – his real name – topped the Sunday bill alongside Swedish House Mafia who replaced Kanye West.

the public could enjoy 17 themes, A review of The Weeknd’s career. Some tracks from his latest album also appeared as “Sacrifice”“How Can I Make You Love Me? Y “Out Of Time”.

The Canadian artist invited Swedish House Mafia on stage to do some of his collaborations, such as “Moth To A Flame” of 2021.

Read more: The Weeknd: all the secrets behind his new work, “Dawn FM”

‘How Do I Make You Love Me?’ (with Swedish House Mafia)

‘I Feel It Coming’

‘Moth To A Flame’ (with Swedish House Mafia)

After a three-year hiatus due to the pandemic, thousands of fans passed through the first weekend of the 2022 edition. Let us remember that it is one of the biggest music festivals that takes place in Indio, in the coachella valley.

Held over two three-day weekends, the musical event traditionally opens the concert season in the United States. This year, the lineup includes stars such as billie eilish, Harry Styles, The WeekndAnitta, Nicki Nicole and Nathy Peluso.

The 2020 edition of Coachella was postponed when the covid-19 pandemic shook the world. And, after two years of cancellations, the festival returned this Friday with its extravagance and the participation of stars on its different stages.

With more than 30 degrees, the public traveled the several meters of distance from the parking lots and camping areas towards the festival. The colorful looks did not include masks.

Coachella’s return is seen as a signal to the multibillion-dollar concert industry still reeling after numerous setbacks during the pandemic.

Although some massive festivals, such as the one in lollapalooza 2021, required proof of vaccination and tests to rule out covid-19, Coachella announced that it was not imposing any type of restriction, not even the use of masks, or distancing. The festival is open air, but it brings together some 125,000 people every day, many of whom camp or sleep in hotels in the region.

The spokesman commented that due to the times of the virus, the health impact of the festival will only be known to middle of next week just before the second weekend of the festival.

In the United States, Covid-19 cases were down compared to January numbers but have started to rise again, with about 38,000 diagnoses a day, according to the Centers for Disease Control and Prevention.

Coachella 2022: The Weeknd played some of the songs from “Dawn FM” live for the first time