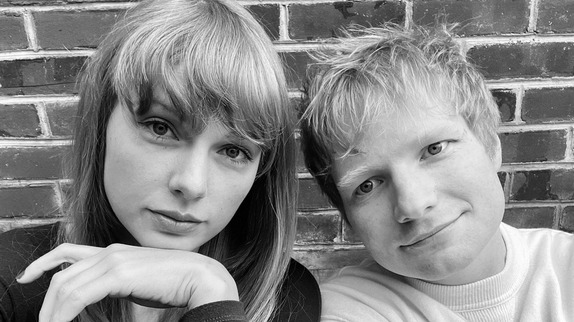 
The year 2021 has been very good for Ed Sheeran. While he is a hit with his album “Equals” (157,000 sales in France) and the hits “Bad Habits” or “Shivers”, the English star also stormed the charts with his Christmas song “Merry Christmas” in duet with Elton John then “Peru” with Nigerian singer Fireboy DM. A huge success for the artist, whose agenda is very busy in 2022 between his new world tour and the possible release of another album. In the meantime, the superstar continues to ardently defend “Equals”. Very present in the media, Ed Sheeran announced for more than a month that his song “The Joker and the Queen” would be the fourth official single from the disc.

A very well chosen title since it is a ballad which, in the spirit of its hits “Perfect” or “Happier”, should soften this end of winter with its romantic lyrics. Because on this title, as in so many others on the album “Equals”, Ed Sheeran addresses his wife Cherry Seaborn. And if he could have simply sent the title on the radio, the British singer prefers to bet on a new version announced as a collaboration. If the name of the surprise guest has not been revealed, many have guessed that it was Taylor Swiftthe two artists being very close and having shared the microphone several times (recently on “Run”), while the name of the American popstar appears discreetly in the clip “Overpass Graffitti”.

“When I fold, you see the best in mе”

And the fans were right: coming to collect the award for Songwriter of the Year at the BRIT Awards on Tuesday evening, the musician confirmed the release of the remix of “The Joker And The Queen” with Taylor Swift this Friday, perfect for warming hearts as the days get milder. On Instagram, Ed Sheeran does not hide his joy to find Taylor Swiftwho added his own lyrics on the second verse: Taylor and I met and wrote and recorded our first song together in 2012, 10 years ago, I’m so honored to have him on this song. She is not only the best singer and songwriter in the world but she is also a very good friend, I am lucky to have her in my life .

Watch the clip “The Joker And The Queen”:

If this remix should make sparks on streaming platforms, Ed Sheeran and Taylor Swift especially create the event with the clip of “The Joker And The Queen”… direct continuation of the clip of “Everything Has Changed”, duet between the two artists released 10 years ago, where we followed the story of love between two young children, whose respective parents were none other than Ed and Taylor. A decade later, we find the two children who have grown up well. If they are now in high school, the two have been separated by time and distance and inevitably appear melancholic at the thought of no longer being together. Whether in the refectory, on a basketball court or at a party, childhood sweethearts are truly inconsolable. But the power of love will cure all ills. A clip that comes at the right time, a few days before Valentine’s Day!

Clip “The Joker And The Queen”: Ed Sheeran and Taylor Swift seal their reunion