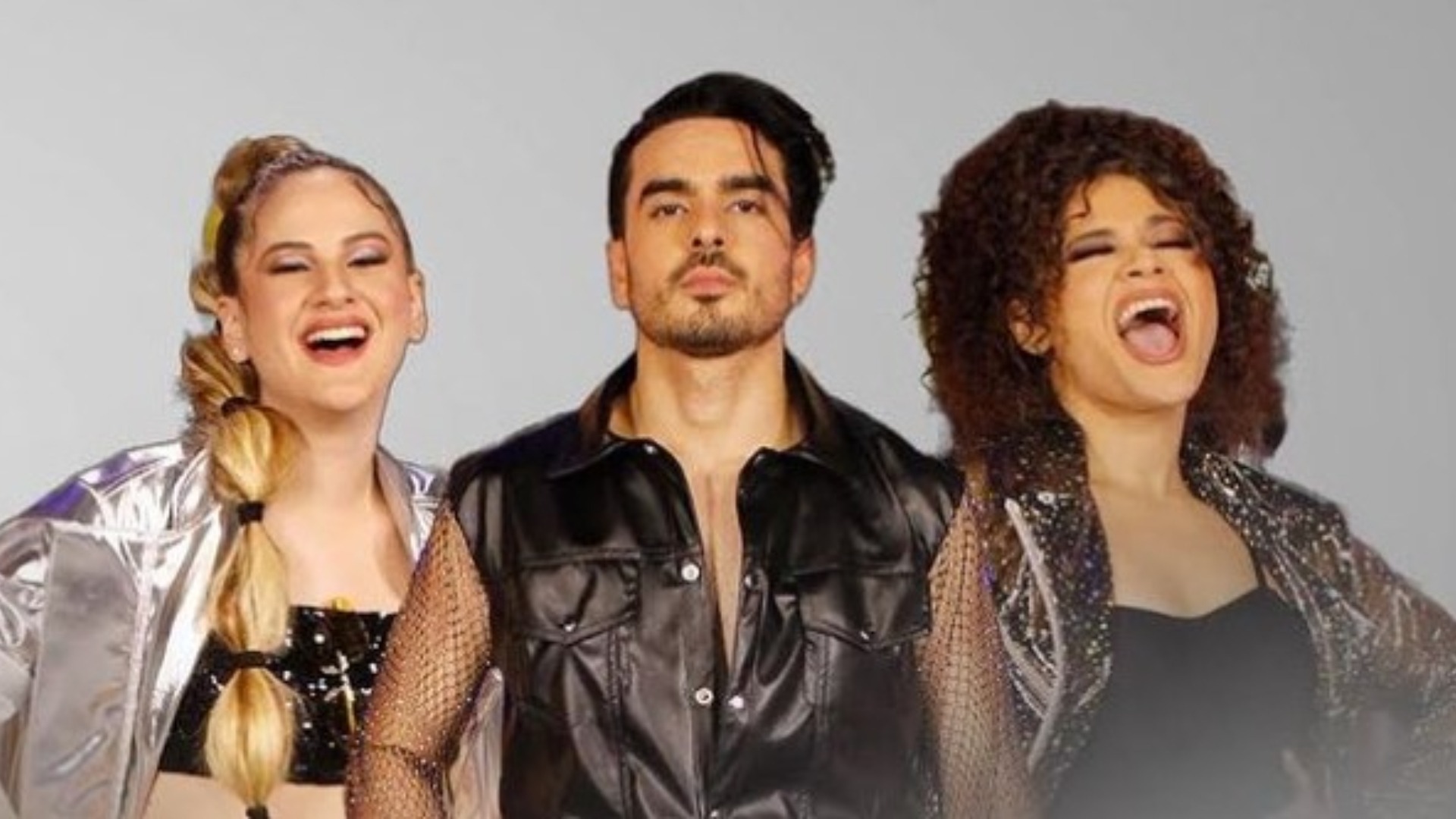 Although the end of The Academy 20: years happened a few weeks ago, Cesia, Andresse and Mar continue to be in the public eye. So on this occasion they surprised the most assiduous followers of the reality show when announcing a tour that they will carry out soon.

It was through their respective social networks, where the young people excitedly shared that they will soon be presented in three states of the Mexican Republic.

“TURN IS COMING!! This is the surprise we had prepared for you, grThanks to all your love we will all be singing together very soon”, Andrés wrote from his Instagram

The three singers will perform next October 13 at the Diana Theater from Guadalajara; the 1October 4 at Pabellón M Monterrey Auditorium and the 3October 0 at the Pepsi Center in Mexico City.

According to the information provided by the former academics, the show will feature live music and special surprises for the guests. Also, tickets can be purchased from September 14 at Ticketmaster. 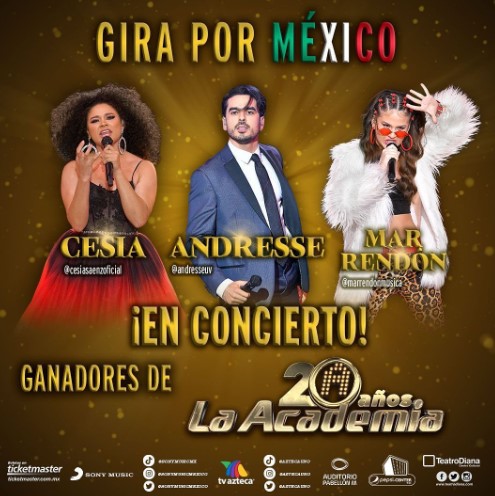 For his part, Mar Rendón took advantage of his own account on this social network to thank his fans for the support they have given to his single. Let me go.

“I personally want to thank you for all the love for Déjame Ir, keep listening to it and asking for it on the radio because very soon you will be able to sing it with me with live musicians. Thanks also to @sonymusicmexico for making this possible and for helping me fulfill one more of my dreams. Tickets will be available from this Wednesday, September 14 at @ticketmaster WE ARE WAITING FOR YOU!”, he commented.

In turn, Cesia Sáenz -winner of this edition of the TV Azteca- She was happy for the opportunity she will have next to her teammates.

“This is the surprise!! I’m super happy for what’s coming! Our first official tour will be a magical reunion. LET’S MAKE OUR FIRST SOLD OUT IN SALES !!!”, he placed. 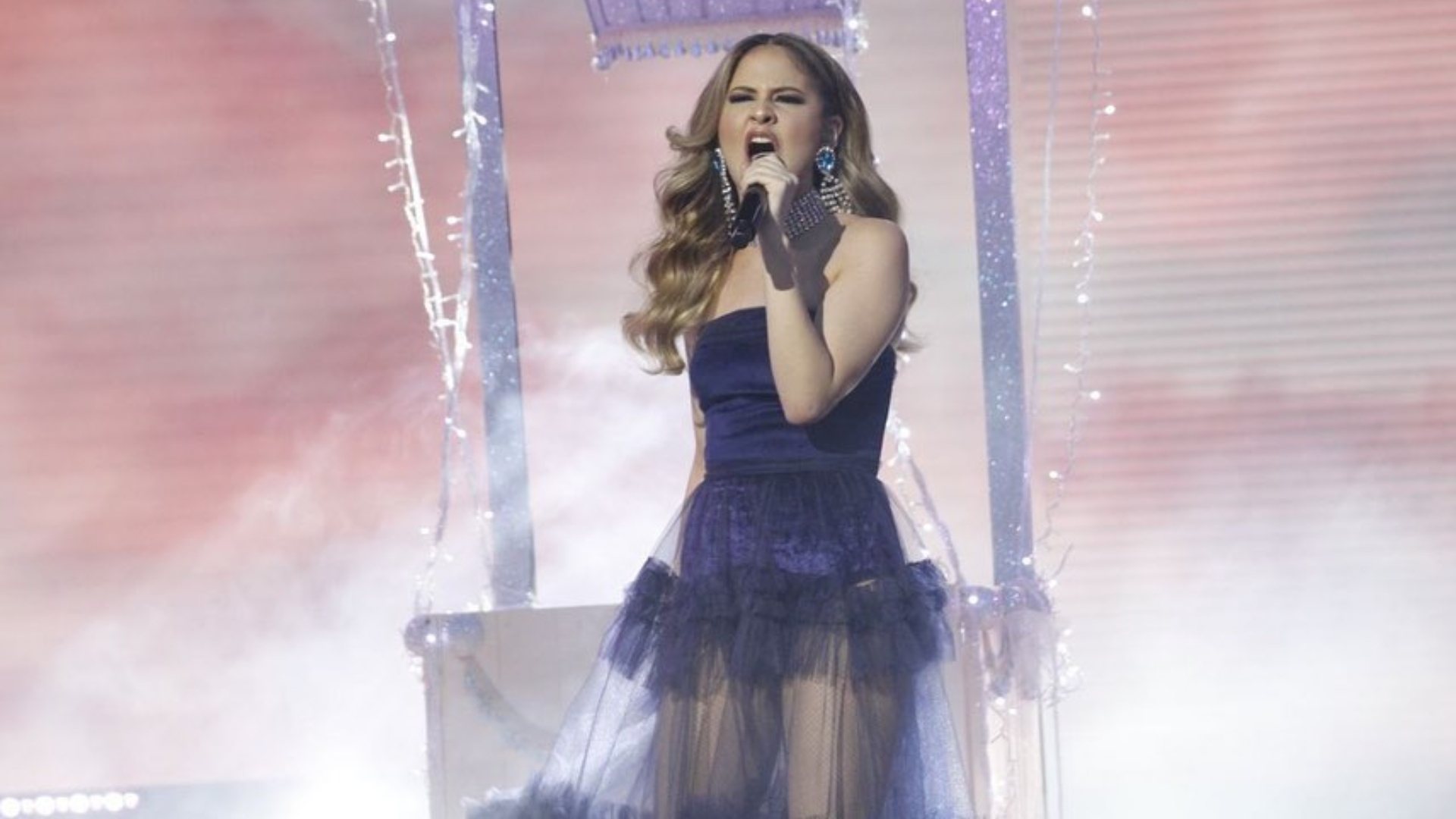 This was the participation of Mar during the grand finale of La Academia 20 años, a concert applauded by all those present (Photo: Instagram / @laacademiatv)

The reactions from Internet users were immediate and several of them denoted happiness for soon seeing their favorite artists on stage.

“Of course I’ll be there.” “I’m excited to see them in CDMX”. “Just remember that @cesia_saenzoficial @andresseuv and @marrendonmusica at this moment are risking their future at every step. The union is strength and with the help of EVERYONE (the capital letter is intentional) it will be possible. I hope the fandom understands that the WORST way to help them is by dividing. If unity is achieved, success for all is guaranteed”, were some of the mentions in networks.

It should be remembered that, recently, the three winners of The Academy 20: years counted exclusively for Infobae Mexico how was your experience during the demanding singing contest.

“Really being inside you do not dimension what is happening outsideyou don’t even realize it, we didn’t know anything, we didn’t have a cell phone, we didn’t know about our families, there are movies that have already come out, that we haven’t seen, news, suddenly we found out that it trembled and we didn’t even realize it,” said Andrés, who on August 25 premiered with the help of sony music and as part of his prize, the single Before, cover of the singer-songwriter Obie Bermudez.

“They hired her to scare children”: Alfredo Adame attacked Laura Bozzo after finding her on a plane
Los Tigres del Norte promised to “give themselves completely” during their concert in the CDMX Zócalo
La Más Draga 5: the possible contestants, famous guests and everything about the new panel of judges
José Eduardo Derbez denied that his father has a bone problem

Cesia, Andresse and Mar will start a concert tour after participating in “La Academia”