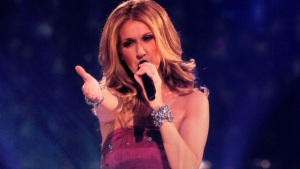 In a recent video published on her social networks, on the verge of tears, Céline Dion announces that, once again, she has to postpone her return to the stage. It is the second time that she has canceled her European tour.

The first time it was due to the pandemic. And this second cancellation is due to a mysterious illness that he has been suffering from for a long time and about which little is known.

The only thing that his family and friends have revealed is that it is not cancer, nor is it a degenerative or serious illness, but rather an ailment that takes time and causes severe muscle spasms and stomach problems.

This would explain the extreme thinness that she has worn in some of the public appearances in recent years, such as in the 2019 Paris Fashion Week where she appeared very deteriorated.

In the video from a few days ago, Dion is looking good, although she is very sad to announce that her health is not good enough to embark on a demanding tour with dozens of dates ahead.

Before the pandemic, he had already performed 52 times as part of this Courage World Tour. In March 2020 he canceled the tour due to the health emergency. He was to have resumed it in January 2022 in North America, but illness prevented him.

A few days ago he announced that he will not be able to continue the tour in Europe in May as planned. The singer has postponed it until February 2023.