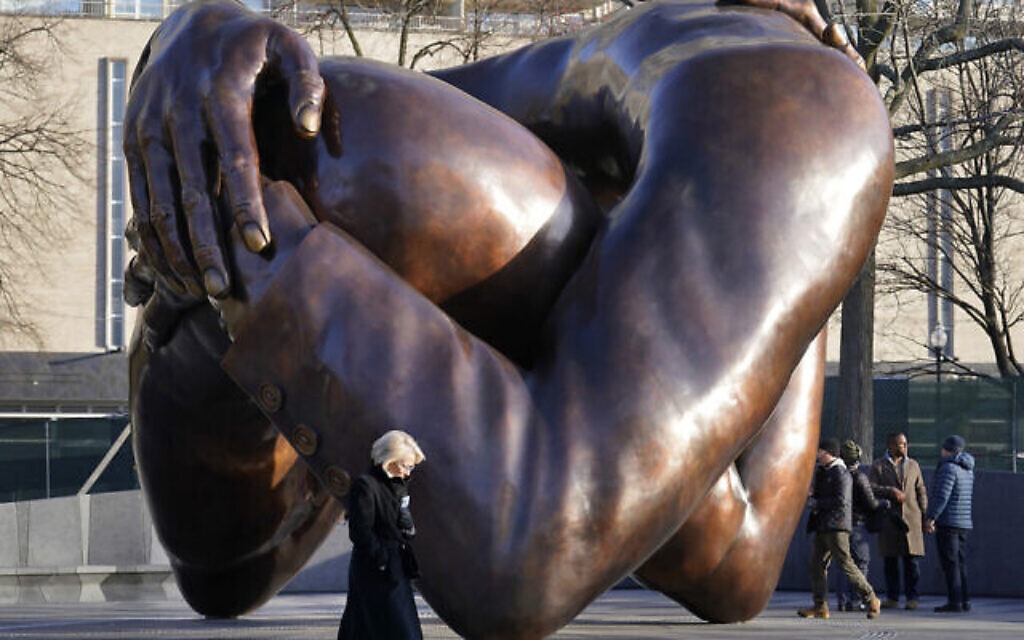 On April 23, 1965, King led more than 20,000 people in his wake on a march from Roxbury, the city’s historic black neighborhood, to Boston Common.

The procession, one kilometer long, enters into the history of Boston and its black community.

Receive our free daily edition by email so you don’t miss any of the best news Free registration!

As MLK’s birthday and the 50th anniversary of Heschel’s death are commemorated, the Boston Common park again saw protesters.

Last Friday, Boston Jews and others marched from the Reformed Synagogue to the park in honor of the city’s dedication of a new memorial to the Reverend and his wife. and partner in the fight for civil rights, Coretta Scott King.

“We thought it was the perfect time to recall the alliance between the African-American community and the Jewish community for civil rights,” said Rabbi Michael Shire, rabbi of the synagogue and Hebrew College faculty member. , during a telephone interview, a few days before the event.

King had a professional and personal relationship with this city which was like a second home.

He had earned his doctorate in theology from Boston University. It was also there that he had met and courted Coretta Scott, then a master’s student at the New England Conservatory of Music.

The Embrace [L’Etreinte]both a monumental sculpture and a memorial, the work of the famous artist Hank Willis Thomas, pays homage to the couple and the role the city played in their lives.

Unveiled last Friday, the 6-meter-tall bronze sculpture is inspired by a photograph of the couple taken in 1964, following the announcement that King had been awarded the Nobel Peace Prize. 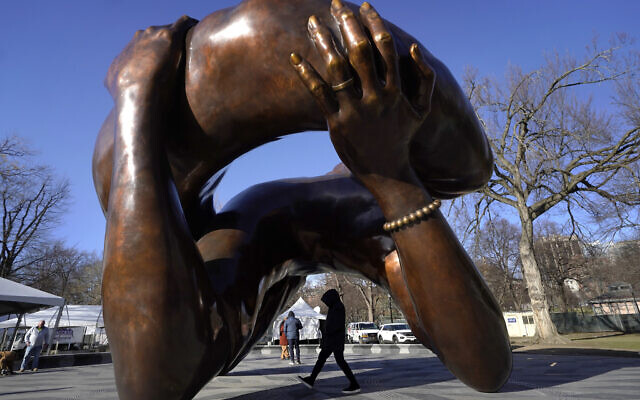 According to Imari K. Paris Jeffries, executive director of Embrace Boston, the nonprofit organization that runs the memorial, The Embrace [L’Etreinte] is the largest bronze sculpture fashioned in the United States.

“It’s kind of like the Statue of Liberty in Boston,” he told WBUR.

The procession, which brought together a hundred people, wanted to evoke both the link between these two giants of faith and the one that unites the black and Jewish communities since the march of Selma, at the head of which Heschel carried a scroll of the Torah.

The rain had calmed down enough to allow the Jews of Boston to carry their Torah, presented at the part corresponding to this week, the beginning of the Book of Exodus.

“It talks about freedom and liberation,” Shire explained before the march.

“As we march today, we will reflect on how this history is still present for us. »

Jill Silverstein, a synagogue board member who co-founded the racial justice committee following the tragic 2020 death of George Floyd, said committee members study slavery and racism today. and had engaged in what is akin to true introspection.

Silverstein, who was able to see the installation of the monument from her home, describes it as “exquisite and original”.

She added that Friday’s march, which the synagogue group previously discussed with Embrace Boston leaders, was a first step in a collective fight against racism.

“This is about renewing our commitment to racial justice, fairness and equality,” Silverstein said.

This march was organized at a difficult time.

Indeed, anti-Semitism monitoring organizations agree that the number of incidents has increased significantly.

Boston has also been the scene of several incidents in recent years, such as the stabbing of a rabbi in 2021, which sparked demonstrations of solidarity within the Jewish community.

In addition, recent incidents have shaken relations between Blacks and Jews, such as the many anti-Semitic remarks by rapper Kanye West and the advertisement made by NBA star Kyrie Irving for an anti-Semitic film.

The Emmanuel Church, an Episcopal congregation located near the synagogue, and Congregation Mishkan Tefila, a conservative synagogue in Brookline, were the first partners in an event that the two synagogues would like to follow up with work with the black churches on issues of racial and economic justice.

“In this atmosphere fraught with anti-Semitism and racism, Blacks and Jews need to speak loud and clear, and support each other, against hatred and prejudice,” Rabbi Marcia Plumb of Mishkan Tefillah said in an email. (Plumb and Shire are husband and wife.) 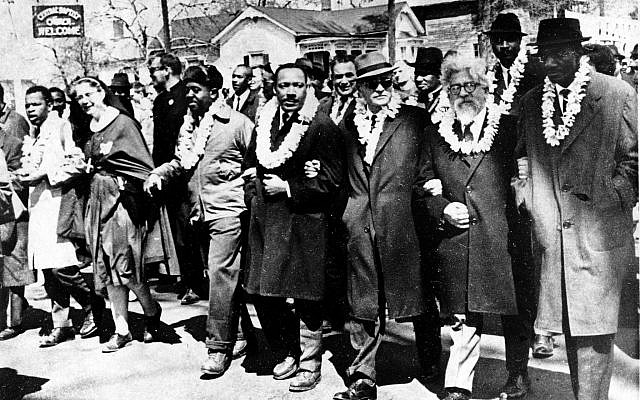 Also taking part in the procession were Rabbi Jim Morgan, head of the Harvard Hillel communities and residents of Hebrew communities of the elderly, who came with some of them.

“People in my community took part in the civil rights movement in the 1960s,” Morgan said.

Next Friday, Reverend Liz Walker, co-chair of the Embrace Boston committee and pastor of Roxbury Presbyterian Church, will speak at the Reformed Synagogue’s Shabbat service.

“It’s an almost indescribable moment … intimately tied to what the Kings wanted to say right here in Boston,” Liz Walker, one of Boston’s most prominent black clergy, told JTA by phone.

She said she intends to speak about how, in divisive and polarizing times, a memorial “that speaks of love, unity, courage and justice” was important.

Referring to the almost prophetic words of King and Heschel, Walker said: “Relationships [entre les chefs religieux et la communauté] are more vital than ever and need special care because they help guide the world through this minefield of negativity and animosity. »

Boston: Jewish mobilization around the new monument in memory of MLK