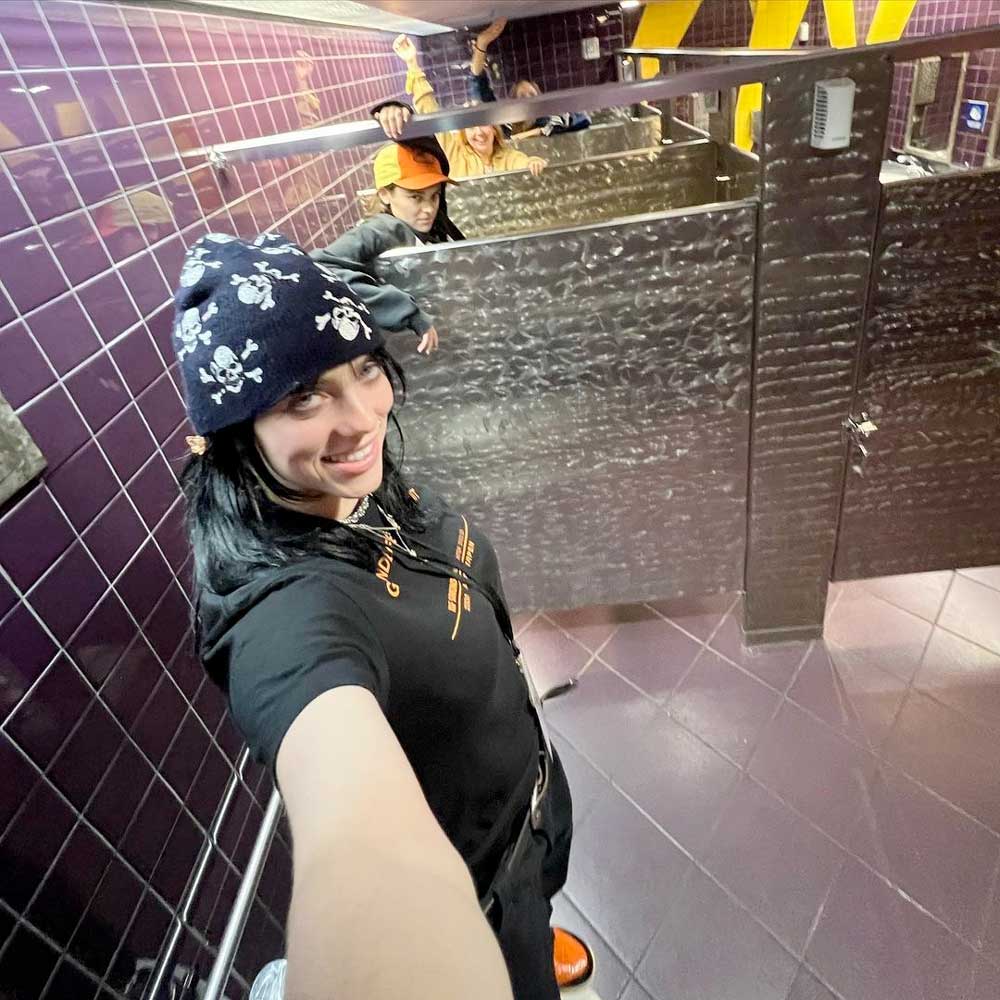 Billie Eilish has something on her mind that is always in the news. It doesn’t matter if it’s a beautiful song, a depression and anxiety problem due to fame, or a hat with skulls that you just put on.

Billie Eilish is for real, she’s not even hiding behind a stage name. The 21-year-old singer-songwriter writes and sings heartfelt songs that represent multiple generations. Her fame is international. And everything that goes through her head is subject to becoming a headline. From a song that talks about the combination of depression and fame, to a hat with pirate skulls that she just put on. Everything in the same bag. To go crazy.

Everything I Wanted video clip, where Billie Eilish talks about mental health

On the same day, Billie Eilish is capable of grabbing headlines for such disparate topics like the depression she suffers because of fame, or a simple fashion accessory she has put on her head for her latest selfie on Instagram, a hat with the Jolly Roger pirate flag, a skull and crossbones on a white background black. And even a simple double-grommet belt can become news in the eyes of a fashion editor looking for trends: “returns in Y2K gothic belt” (as if they had disappeared, or had not been seen in the 60s, 70s, 80s and 90s). Anyway… 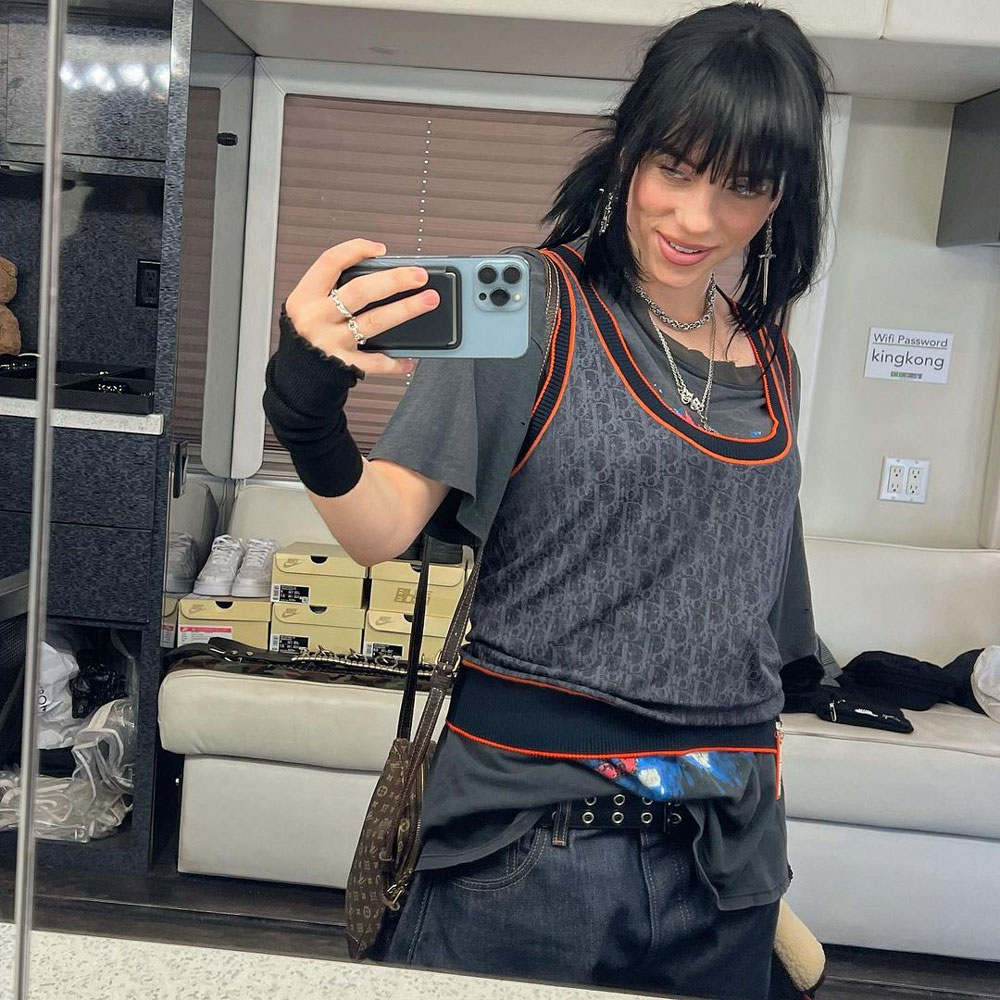 Above fashion, Billie Eilish, considered one of the 10 best fashion instagrams of the week by a famous international header, also is able to put the problem of mental health on the agenda of all the magazines. She screamed it out with her song Everything I Wanted. A song from 2019 that was only released as a single and is not part of either of her two albums, neither When We All Fall Asleep, Where Do We GO?, nor Happier Than Ever. A half-composed theme, as always, with her older brother Finneas. Although unlike other songs, Finneas on this occasion he only participated in the music. The lyrics were all by Billie Eilish. 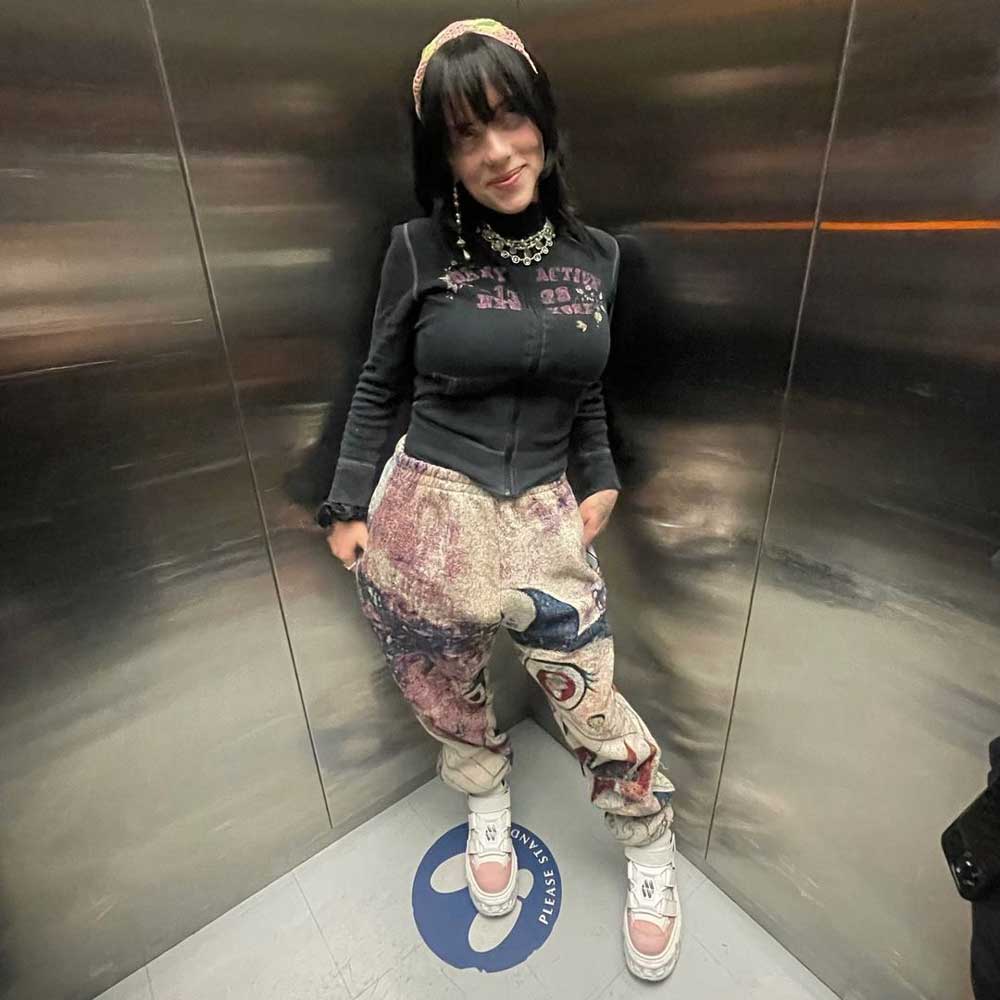 Everything I Wanted’s Therapeutic Lyrics About Depression And Fame Anxiety

Mental health is on everyone’s lips, Billie Eilish’s too. Society has taught us to eat our mental problems and always present ourselves happy and content as if everything was going well in life and in our heads. The Latin and Mediterranean culture, unlike the Anglo-Saxon, was traditionally more extroverted and it was common to talk openly about eating coconuts. There was a belief that it was a more open and healthy society in that sense. But Just as we have been adopting Anglo-Saxon traditions such as Halloween, Santa Claus or even Thanksgiving, which is creeping in, we are also assimilating not to talk about our worries and mental problems (now you have to do it alone before a psychologist or therapist, you have to go to therapy and not overwhelm friends with your shit).

Billie Eilish with gothic typography on the t-shirt

It is obvious that Billie Eilish is Anglo-Saxon, Californian from Los Angeles to be exact, the cradle of fame, where the only thing that counts is success and money. Perhaps Billie Eilish does not have anyone, a friend, to whom she can tell her mental problems face to face. But she, unlike the rest of mortals, she has a voice and a name that she follows a whole generation, and more. She has been able to vent through a song and tell the world her neuras. That song that talks about fame and depression is Everything I Wanted.

In Everything I Wanted, Billie Eilish speaks openly and vents in this song. She herself says that telling the world about her depression was a healing and cathartic experience. Finneas himself talks about the composition of this song. “Unlike other intimate songs that are written once you’ve been through the experience, this one was written in real time.” The thing is, not everyone is capable of turning their mental health issues into a song. Talk too. You have to learn to listen. And not just Billie Eilish.

“I had everything I wanted, it’s not what you would have thought, and if I’m honest, it may have turned into a nightmare.” “I thought she could fly. That’s why I jumped off the Golden Gate Bridge. no one cried… I even thought it might matter to them.” “I tried to scream, but my head was under water” (this line from the song was actually recorded with my head under water). “Now everyone wants something from me, and I don’t want to let them down… They don’t deserve you.” “If I had known all that then, would I ever do it again?” Billie Eilish confesses like this in Everything I wanted about her anxieties and depression