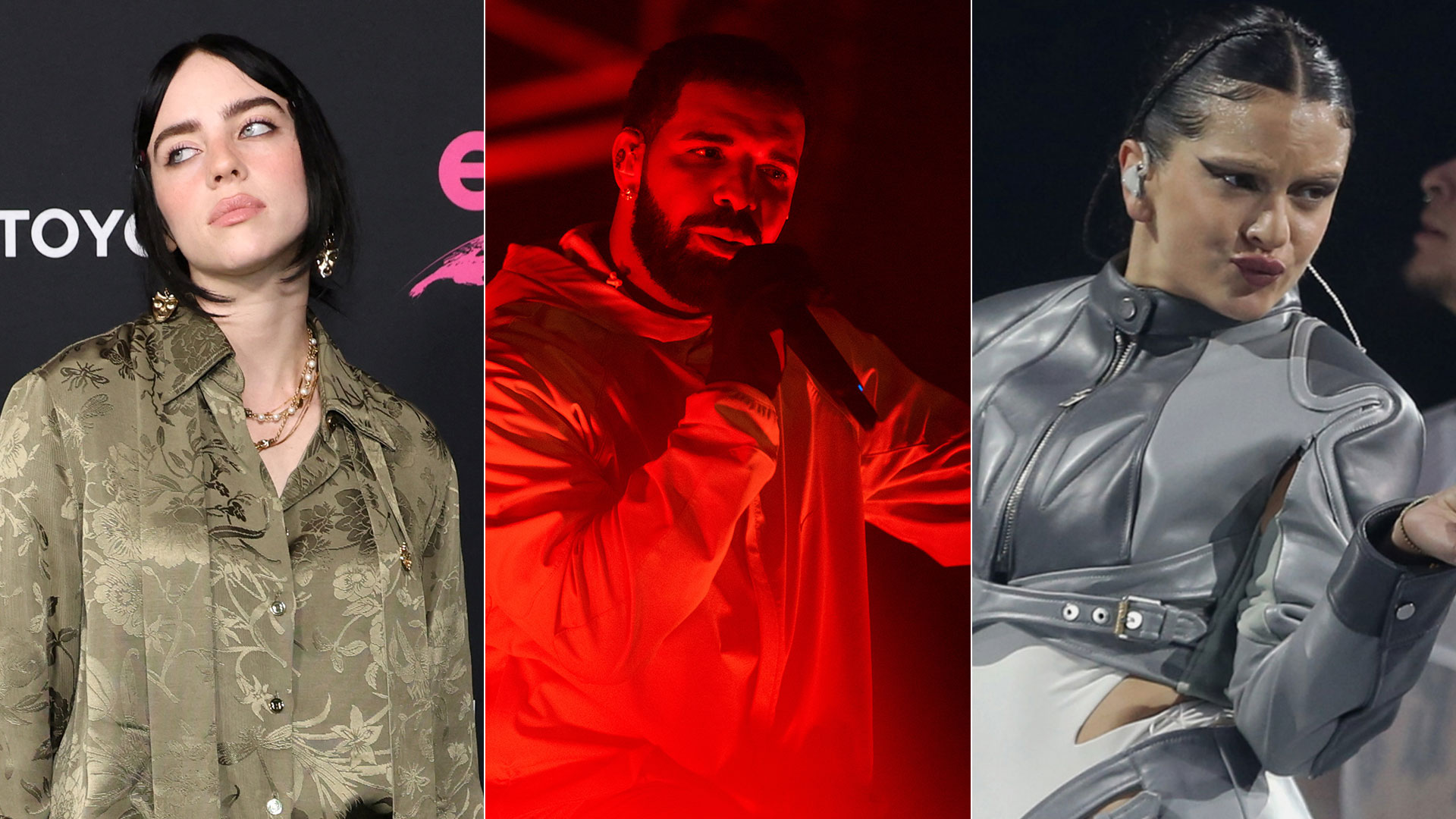 End of the mystery! The names that will adorn the 2023 edition of Lollapalooza Argentina. Billie Eilish, Drake, Rosalía, Blink-182, Tame Impala Y Lil Nas X They will be the ones leading this return of the country’s largest festival. With exclusive streaming from Flow, it will be in the San Isidro Racecourse during the weekend of March 17, 18 and 19.

with a blunt line-up, Lollapalooza Argentina It reaffirms itself as the most anticipated cultural event on the calendar. And in this return, it will have as an extra shine the fact that for the first time artists like Drake, billie eilish, Blink-182 -with its original formation- and Lil Nas X. 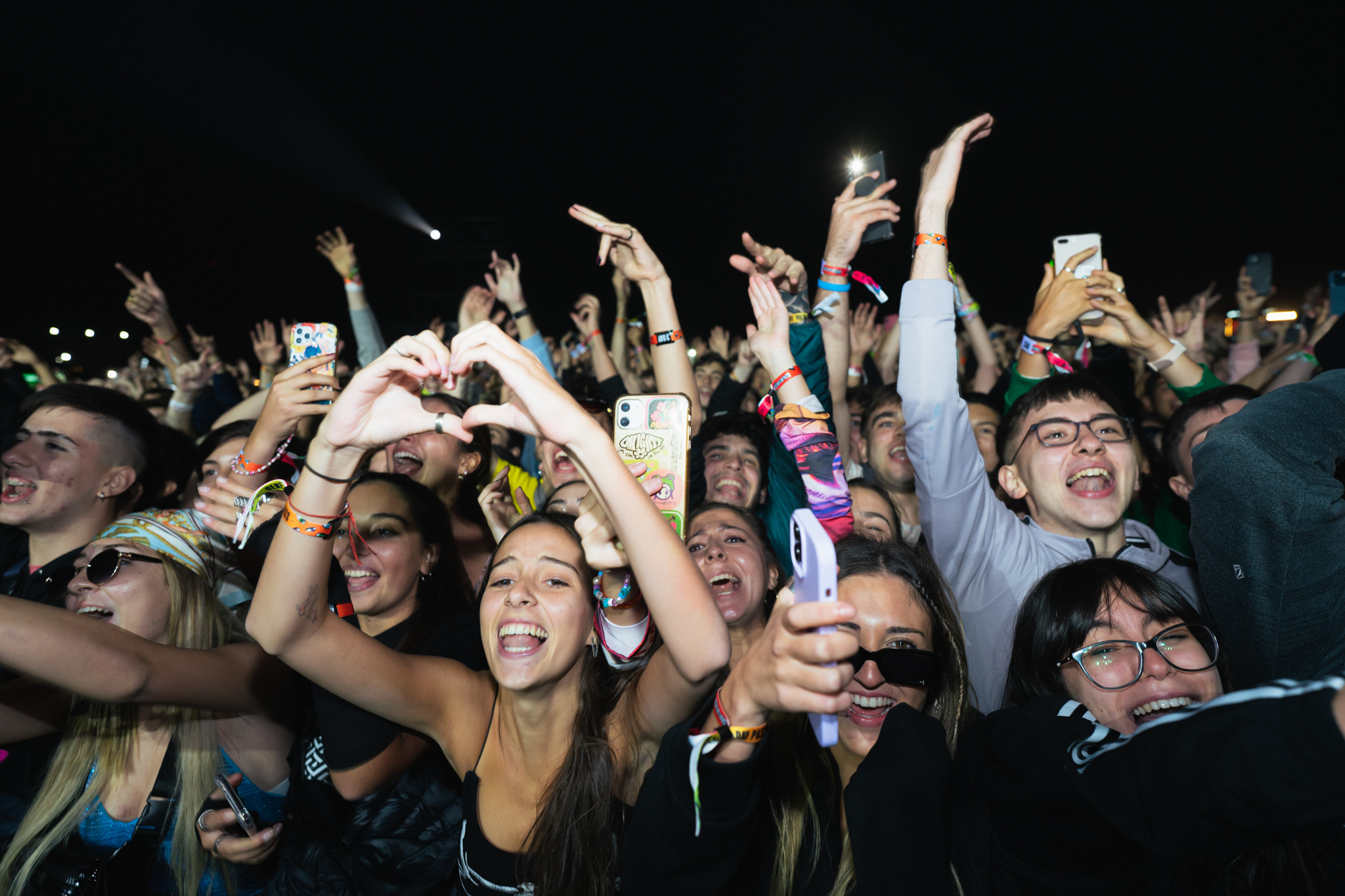 Lollapalooza Argentina 2023 will be at the San Isidro Hippodrome during the weekend of March 17, 18 and 19

Another piece of news that Lollapalooza Argentina 2023 brings is that the sale of tickets is reactivated and the latest 3 Day Pass subscriptions are availablewhich are achieved through the platform all access. In addition, they can be paid in up to 6 installments without interest with Santander American Express cards and in up to 24 installments with interest with all banks.

The complete grid of Lollapalooza Argentina 2023 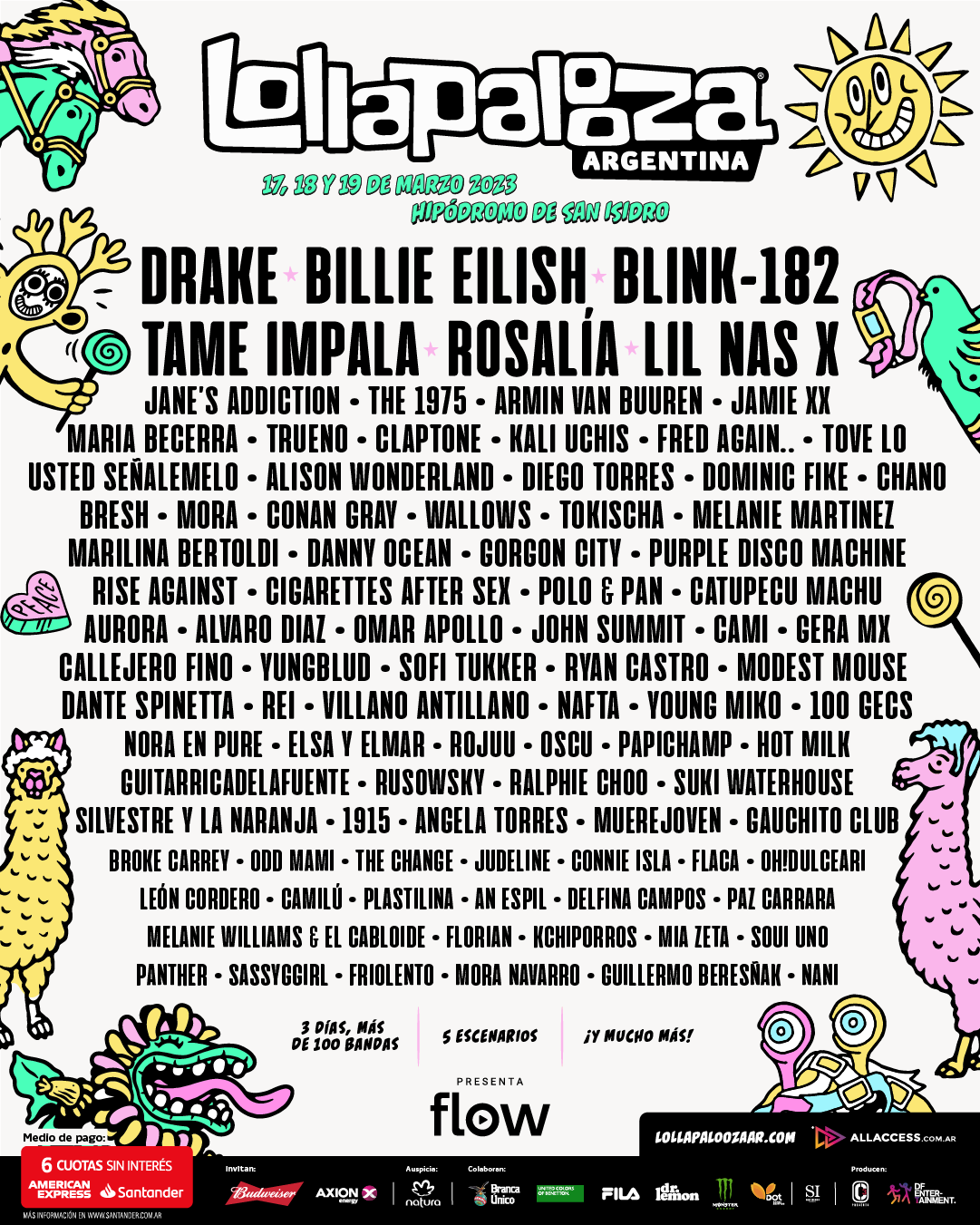 The complete poster of Lollapalooza Argentina 2023

After seven unforgettable editions, Lollapalooza Argentina It earned a privileged place in the hearts and on the calendar of music lovers, becoming a central date in the cultural agenda of the country and the region, with a tradition that becomes more solid and larger with each year.

In 2022, more than 300 thousand people enjoyed shows by top artists such as Miley Cyrus, Foo Fighters, The Strokes, A$AP Rocky, Doja Cat Y Martin garrix. But the festival is not only known for its unparalleled musical quality but also for offering a complete experience: in Lollapalooza different artistic expressions, first-class gastronomic experiences and proposals for all ages converge, all in an environment where a strong commitment to sustainability prevails. and a healthy lifestyle.

Foo Fighters headlined the 2022 edition of Lollapalooza Argentina, in what was drummer Taylor Hawkins’ last show

Lolla’s hallmark is found in the intersection of different arts, turning the San Isidro Hippodrome into a party for all the senses. The festival invites great local and international artists -in the last edition they were from Argentina Marta Minujin and the Venezuelan Raphael Paratoro– to intervene in spaces with installations, sculptures, kinetic art and even digital art with augmented reality proposals.

Lali Espósito celebrated her birthday in Spain and made a particular request for her cake
From Rosalía’s playful leather dress to Millie Bobby Brown’s bike ride: celebrities in one click
The new eliminated from Who is the Mask? he acknowledged: “I have known the people of the channel for 30 years”