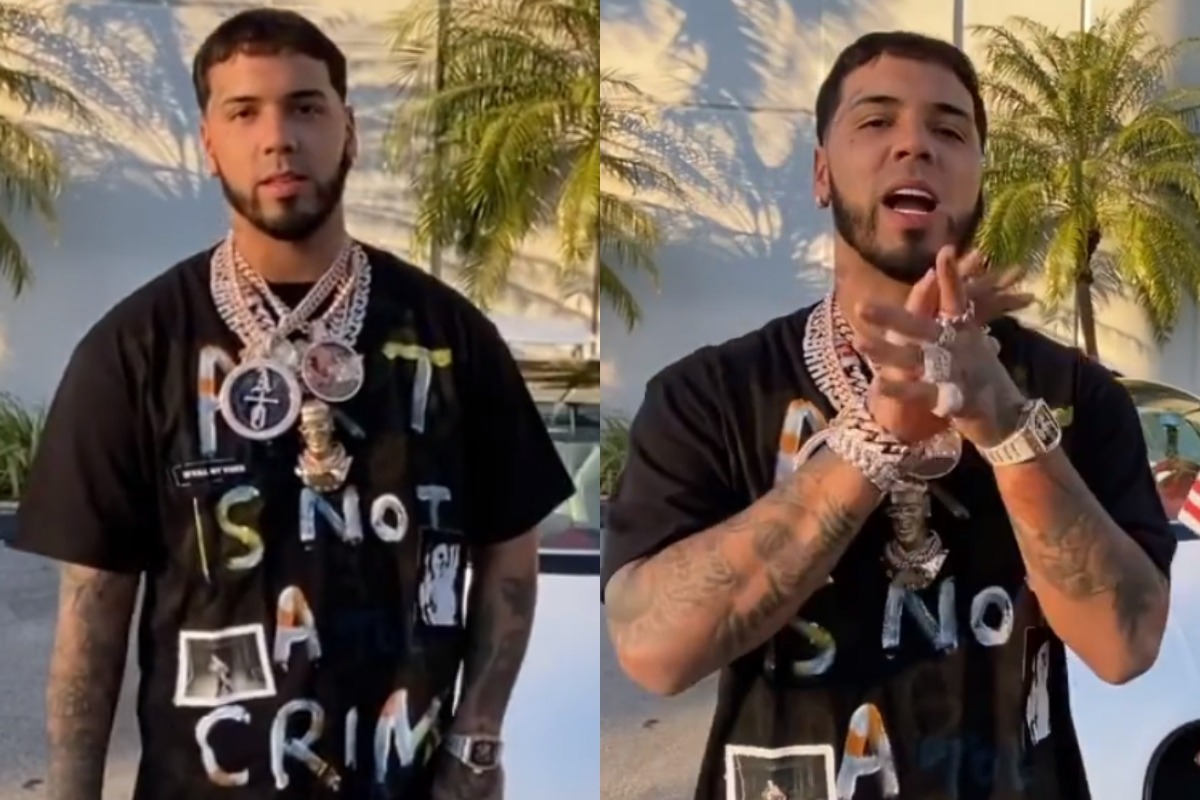 After providing his expected concert in Lima this Saturday May 21, Anuel AA was intercepted by hundreds of fans outside the Sand Peru. The singer was inside his truck when his impetuous followers approached them while shouting his name.

A wave of fans hugged the vehicle preventing him from passing. Given this, the Puerto Rican did not hesitate to ask his driver to go slower. “We just lit the fire, Peru”, indicated the reggaeton player, who immediately decided to lean out of the roof of the truck and record the exciting moment with his cell phone.

Fans reacted with great euphoria upon seeing their favorite singer up close. “Who says that Anuel turned off?”he asked many times while recording. “Daddy, the street is mine, the streets are mine, daddy”, continued the musician shouting over and over again with great energy.

Suddenly, a fan got into the van. After recording with him, Anuel asked his driver to go slow and remove him, in order to avoid an accident.

“Go slow, don’t let anything happen to him. Brake. Leave it, that nothing happens to the fanatic “said the singer. Once the follower got out of the vehicle, he continued shouting: “(Who said that) Anuel is off, Anuel does not fill concerts, he does not fill stadiums. Papi, we have the street on fire”.

Anuel AA was responsible for publishing this video on his Instagram account, while excerpts from this moment were published in his stories. In addition to innumerable audiovisuals of the concert that he gave last Saturday, where he thanks the Peruvian public for the love they have shown.

“Peru, I love you”, can be read in several of these videos. He even dedicates an extensive message to Peruvians. 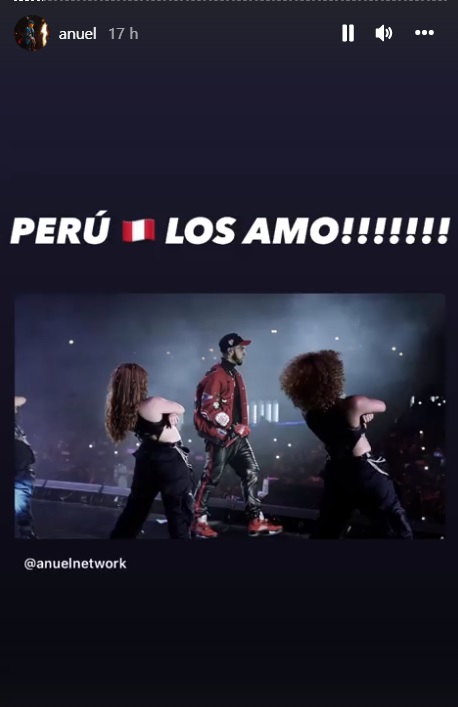 “Peru, I love you, I respect you. Sometimes I would like to change my life for yours, for a single second of living without fame, but this is what I was born for. That’s how God wanted it. Thanks to my family for never stopping believing in me. Thank you for loving me and accepting me as I am. You know that we are a family, we are 1, I don’t have to mention them. I do it for you who believe in me, for my family, for my son and for Yalin. We are no longer going to be in need again, we will never need anything again in the name of Jesus”wrote.

In the following image you can read: “And if the money runs out, I still know who I am. God, my family, my wife and my brothers are with me, with or without money. I am blessed. My fans, thank you for saving my life.” 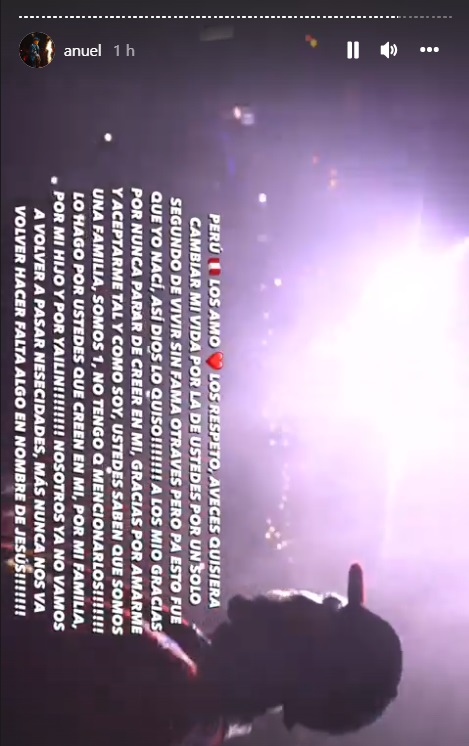 It should be noted that Anuel summoned more than 12 thousand people in the Peru Arena. The concert began at 8:30 with the performance of the Colombian Dekkothen followed the Puerto Rican Andrew Philip.

The interpreter of Dictadura took the stage after 11 at night. and although many Twitter users expressed their anger on social networksended up enjoying the show provided.