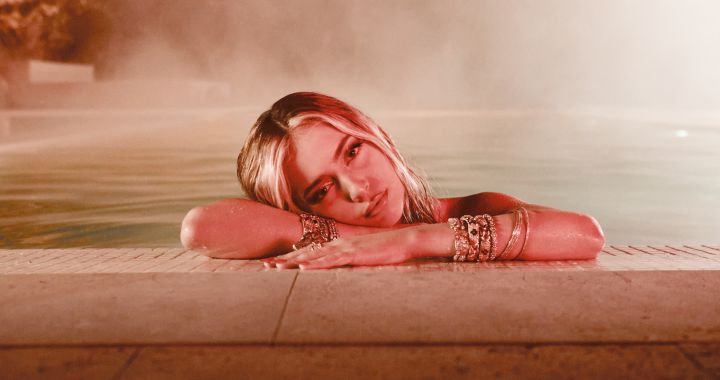 The wait is over. If the week has become excessively long, today you celebrate that Friday has arrived and that, therefore, your well-deserved rest begins. But, in addition, you will enjoy it hand in hand with the new songs brought by some of your favorite artists, who have been in charge of becoming your soundtrack for the weekend.

If last January 13 were Bizarrap, Shakira, Miley Cyrus, Tini, Ozuna and Tiago PZK some of the protagonists of the musical novelties, get ready because another cast of songs arrives that will not leave you indifferent. Hit play!

Ana Mena – A classic. The woman from Malaga has launched her new musical era ahead of the release of her second album, which she will present on April 21 at the Sala Razzmatazz in Barcelona. Here comes his version of an Italian song that in a matter of two years has exceeded 100 million views on Spotify: superclassic from Ernia. And he does it with guitar in hand and a most mesmerizing fusion of pop and touches of pop / rock.

Quevedo – where i want to be. The canary is in luck after presenting his new album where i want to be, which lands with a tracklist made up of 16 songs, each with its own urban style. He boasts of his Canarian roots and the friends that surround him, a clear example is the homonymous song that closes the album.

Ed Sheeran – F64. Another who has moved his fans is Ed Sheeran, who has paid tribute to his late friend Jamal Edwards with this beautiful rap song. “Jam, this is a letter to you. It’s been a while, but it’s been very difficult for me to get into the booth. Since we last spoke, I’ve been the father of two children.

Maneskin – baby said. The Italian band has returned to the fray with their first album Rush!, which contains songs like the one we are mentioning in these lines. How could it be otherwise, it brings us some of the most catchy rock sounds that have already become the favorite soundtrack of its fans.

Myke Towers – Pattern & Flow. The Puerto Rican has surprised his fans with the release of his Sweet & Sour EP. One of the themes that it includes is the one we mentioned, whose lyrics are dedicated entirely to those who criticize him. “Myke Towers has been killing them since it started,” he says in one of his verses.

nicky jam – Toy A Thousand. The one who is also going to become the star of all the parties is Nicky, who lands with a very catchy dembow. “This theme calls for the feista, to start the year with positive energy and always wanting to have a good time. I hope you enjoy it”, says the artist.

zoilo, lerica – It’s me. Both artists come together on a pop/rock song that takes us directly to the sounds of the 2000s. In their lyrics they try to convince the person they like that they are their best option.

walls – My best version. El niño del parque returns with a new song that mixes indie, rap and pop/rock sounds and comes under the production of Pablo Rouss. “It could be again, that you and I crossed paths again, that I no longer want to feel lost again,” say some of his verses.

Adexe & Nau – cry you a river. It seems that pop/rock is in fashion, since this duo from the Canary Islands have put aside the urban sounds that we are used to to delve into this style. They talk about a love relationship that is ending and is not destined to return.

Others who have joined the list of musical novelties are Yarea and Pole with The blame, Kali Uchis with I Wish You Roses, Maria Escarmiento and WHITE with better than yesterday, Lorraine Gomez with Halon Eye, startle girl with Tower Y nerea rodriguez with For the first time.