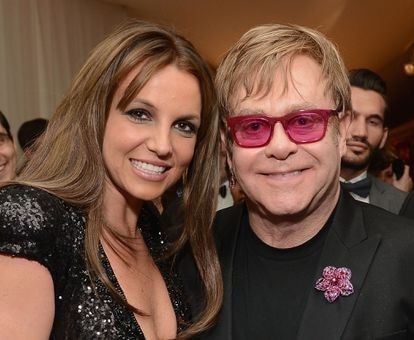 In 2010 Elton John (London, 75 years old) declared that he was no longer capable of writing songs that could break into the charts. “I’m 63 years old, I don’t want to go out on MTV or compete with Lady Gaga,” he expressed then in an interview. “I’m at a point where I don’t feel capable of writing pop songs. I can’t sit down and write a proper rock song. I could do it when I was 25, but not now.” John added that he was focused on collaborating sporadically with groups like the Scissor Sisters, but stated, speaking of him in the third person, that “I don’t think Elton John is going to release any more pop singles”.

More than a decade later, it is clear that he has not listened to his own words. His name is once again present on the international hit lists and his music enjoys a relevance only comparable (not comparable) to that of his golden age in the seventies. He has achieved it, yes, recycling old songs. But the formula has been a stroke of genius.

Cold Heart, Elton John’s collaboration with Dua Lipa, released in August 2021, gave the songwriter his first UK number 1 in 16 years. The song combines melodies from various classics of the artist, especially those of Rocket Man (1972) and sacrifice (1989), but also from kiss the bride (1983) and Where’s the Shoorah? (1976). It’s about a mash up (combination of two or several songs in a single recording) produced by the Australian electronic pop group Pnau that, starting from a fresh disco-pop base, alternates old vocal takes by John with new ones by Lipa, who performs the chorus. Cold Heart was one of the most recognizable summer songs of last year, and has just completed a year without leaving the US hit list, the Billboard Hot 100, where it reached its peak at number 7. A list that, by the way, is especially elusive for non-American artists. In the global computation of Spotify, it continues to touch the top 40. That is to say, Cold Heart it is still a huge success a year after its release.

In August, John repeated the play, this time with the help of Britney Spears. Hold Me Closer is another one mash up disco and summery sound that combines the stanzas of The One (1992) and the chorus of Tiny Dancer (1971) and that is penetrating the public. The song has put John back on the top of the Anglo-Saxon charts and its global figures (it remains at number 39 on Spotify Global) confirm its success.

How has Elton John, a 75-year-old musician, managed to sneak back into the charts (this week he is the 18th most listened artist in the world on Spotify), dominated by young artists? The Briton has known how to give new life to his old hits, known by generations that grew up listening to his music, and bring them closer to the public that has resisted him the most for decades, the young man. An audience to which Elton John was probably too alien until the premiere, in 2019, of Rocketman, the biographical film about Elton that became one of the highest grossing movies of that year. Reginald Dwight (this is Elton’s real name) has managed to make nostalgia sound like something new in his case, giving his classics a very attractive patina of modernity for generations after his.

Of course neither Cold Heart neither Hold Me Closer they represent the first times that John successfully recycles an old song. In fact, this practice has been habitual in his career: the ballad Candle in the Wind, written in 1972 in honor of Marilyn Monroe, became the most successful single in the history of the United Kingdom in 1997, when the singer recorded a new version dedicated to Princess Diana after her death that summer. Another one of his classics, Sorry Seems to Be the Hardest Wordoriginally published in 1976 and checked with the boy band Blue in 2002, was one of the biggest hits of that year in the British Isles. And his last number 1 in the United Kingdom before the arrival of Cold Heart it was Ghetto Gospel, a posthumous song by rapper Tupac, released in 2005, and on which John was credited as the lead artist because it prominently used a snippet of indian sunset (1971).

In 1992, John released an album of duets (it was called, precisely, duets) in which he reviewed classics from his repertoire together with other artists such as George Michael, whose collaboration Don’t Let the Sun Go Down on Me it was an international success. George was 28 years old, Elton, 44. And, prior to the aforementioned mash upsJohn had appeared on the album Chromatica of Lady Gaga as a guest artist and collaborated with British artists such as Years & Years or Rina Sawayama, in her case, covering songs from Pet Shop Boys and Sawayama herself, respectively. None of them have worked to the level of Cold Heart Y Hold Me Closer. With his formula mash up, With his blatant exploitation of nostalgia, Elton has hit the nail on the head again when it seemed like the charts were going to elude him forever.

The technique of mash ups It is not an invention of our days, but it is not usual for an artist to release recordings of this type officially, with the company of other artists, and for these to work commercially. They are usually a matter of independent musicians who freely post their works on platforms such as YouTube or Soundcloud from their own room. Currently, Elton seems to occupy a niche in the market that, at the moment, no one else is daring to touch. It can probably be said that he has been a pioneer, although not everyone would agree. Javier Blánquez, music journalist and translator of Elton’s memoirs Me Along with Aurora Echevarría, he emphasizes that, in the past, when it was not as common as it is now to collaborate remotely, Frank Sinatra already released an album of duets without meeting in the studio with many of the guest artists on that work.

If the success of mash ups invites someone to think that John is preventing himself from succeeding in the future with original compositions, Blánquez shares a different reflection. “It is common for Elton John to rescue old songs of his to give them a second life (Candle in the Wind, Don’t Go Breaking My Heart, Tiny Dancer) taking advantage of different circumstances, changing arrangements, the lyrics… It seems to me that this exercise is consistent with his way of understanding his career and his work”. Guillem Caballé, host of Los 40 Classic, agrees that John has done nothing more than repeat formulas from the past. “Take remakes with young artists (Britney is not so much anymore) is not new to John. He already did it with boy band Blue and her Sorry Seems to be he Hardest Word, who at the time relaunched his career, taking advantage of the fame of the kids”. However, Caballé adds that “the cases of Dua Lipa and Britney can also be seen through the prism of the admiration they feel for him. Normal. For Dua Lipa it does not pose any risk, while for Britney it means the musical relaunch that she needs to resume her career ”.

Beyond business strategies, Cold Heart Y Hold Me Closer yes they can cause doubts related to their artistic merits, since they are still a pastiche of old songs. For Blánquez, the release of both songs can mean a “lazy movement, since it does not have much interest and it is still a rehash”. However, he points out that “you have to understand that Elton John is no longer very interesting to young audiences and that this is a way to extend his career and his incredible income by capturing the attention of a sector of the market that had a hard time more arrive. At the time he also released an album of dance remixes commissioned from different DJs. I doubt the long-time fan will care that Elton has done this now, it’s not something that grinds on the whole of his career. But it is still an anecdote, an indulgence that has been allowed at a time when not much comes out anymore, and its originality is no longer that of other times.

With humor, Caballé reflects that “those of us who follow, admire and love Elton, let him destroy Tiny Dancer we get a little itchy, but Bernie Taupin [letrista de Elton] You will have a great Christmas to spend as soon as you receive the income from that song and Elton plays on the radio [por streaming o por antena] one more time”. However, the announcer emphasizes that neither Cold Heart neither Hold Me Closer will never give anyone an accurate view of the sound and quality of Elton John’s classic. “The production of both songs is excellent and conveys a perfect marketing vision. What can be used so that new generations know who Elton is? Yes, you can. But with these works it is as if we knew the Beatles by Ob-la-di Ob-la-da”.

The collaboration is part of the composer’s musical career. In 2020 he published, in fact, an album of collaborations recorded during the pandemic, in which he covered his own and others’ songs with the participation, not only of Dua Lipa, but also of Charlie Puth, Nicki Minaj or Brandi Carlile. However, the interest in these songs was very far from that aroused by both Cold Heart as for Hold Me Closer. Interestingly, a few years ago, declared that current music “was not music” because the songs could come to credit numerous composers, instead of just one. “You look at a lot of singles out there on the charts and they’re not real songs. They are made of bits and pieces (contributed by other people).” The joke tells itself, since Cold Heart Y Hold Me Closer is it so literally composed of parts of other songs. It is clear that Elton has to go back on his word once again. But, in the end, he is the one who wins.

An old song and a young artist: Elton John’s risky strategy to return to the top of the charts