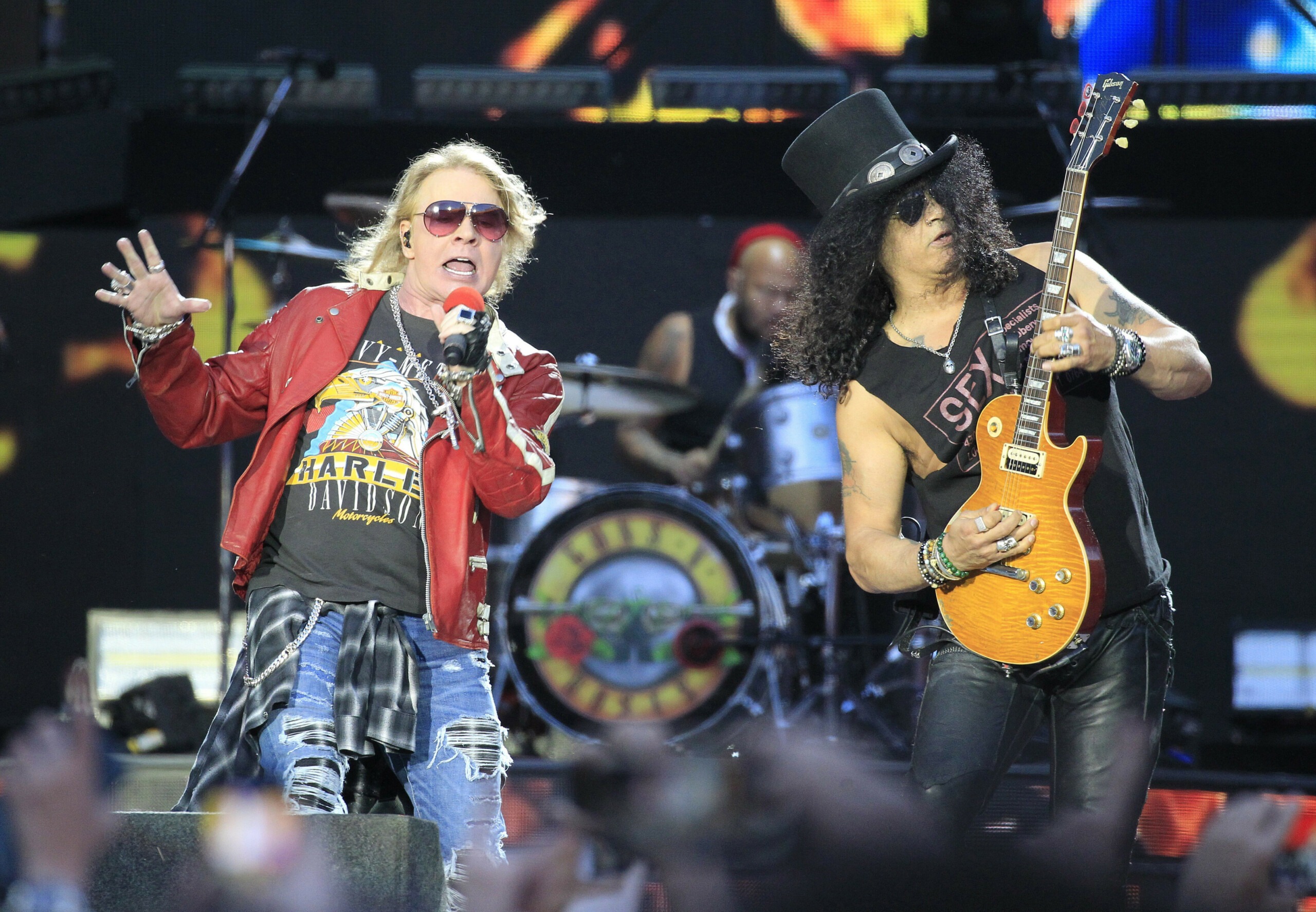 
The band Guns N’ Roses already arrived at Peru and will put on a great show this Saturday, October 8 at the San Marcos stadium. From early hours, the fans of the rock group are making long queues to enter the stadium of the national university.

The American group is back in Peru as part of its tour ‘South American Tour 2022′. This concert was initially going to be held in 2020 but due to the pandemic it had to be rescheduled for 2022.

For this reason, fans have waited a long time to see and hear the best hits such as; ‘Don’t Cry’, ‘Sweet Child O’Mine’ and ‘Estranged’. The members of the emblematic band, Axl Rose, slash Y Duff mckagan are already preparing for provide the best show in our country.

the concert of Guns N’ Roses It will take place at the San Marcos Stadium, located in Lima Cercado, within the Universidad Nacional Mayor de San Marcos. And the gates of the stadium will open from 3:00 p.m.

the mexican band Molotov will be in charge of opening the concert of Guns N’ Roses. They will start playing at 7:00 p.m. If you want to see them, come early to enjoy the full concert.

Through a video, the quartet made up of Tito Fuentes, Micky Huidobro, Paco Ayala and Randy Ebright, He showed his excitement to return to Peru to be part of this event.

“What’s up crazy. See you in Lima on October 8, San Marcos Stadium, with Guns N’Roses. Welcome to the Jungle!”commented the group through a clip, thus confirming their participation in the opening of the Guns show.

Molotov It has become one of the most popular groups in Mexico and has many followers in Peru. Their musical style, which mixes rock, rap and folklore, have earned them the affection of their fans. 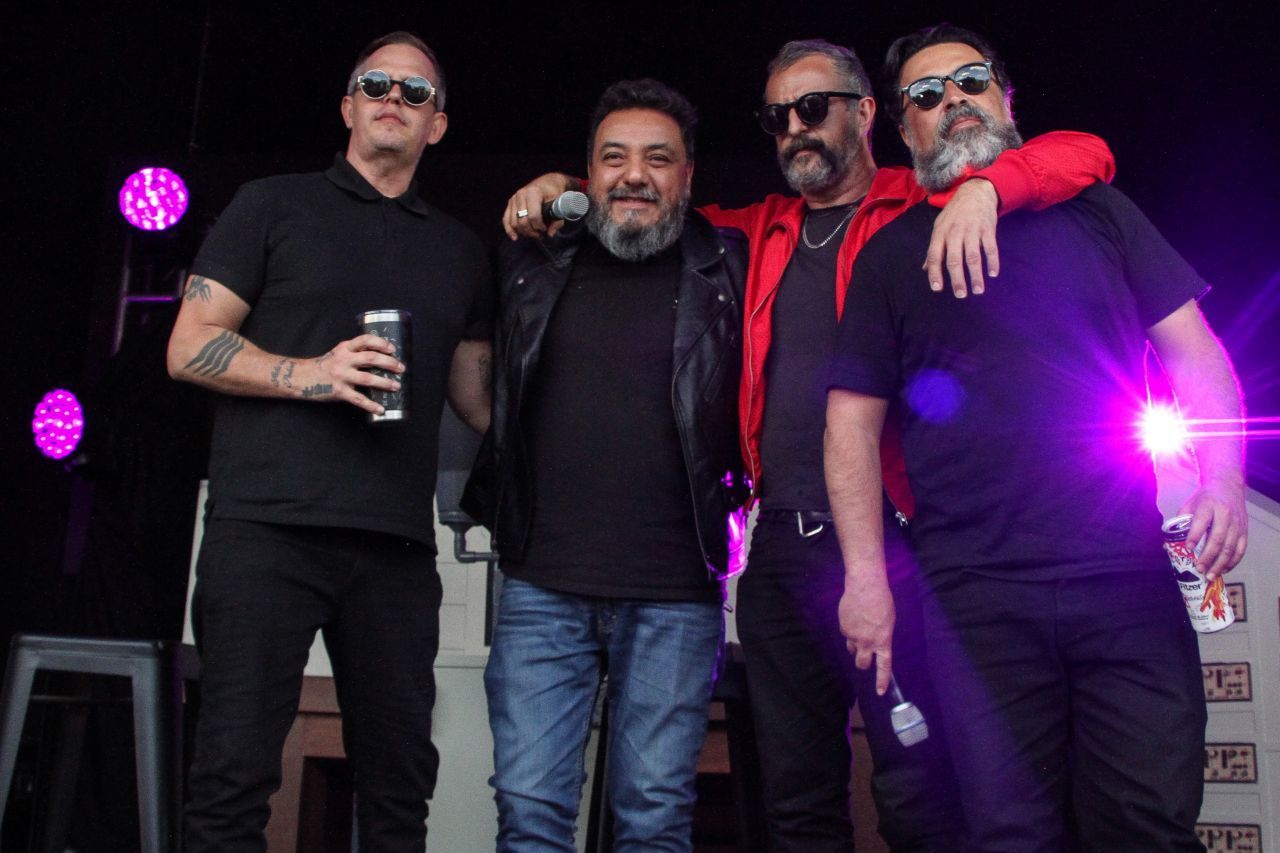 MEXICO CITY, OCTOBER 15, 2021.- The Molotov gang conference was held in which they announced the details of the celebrations for their 26th anniversary. PHOTO: ROGELIO MORALES / CUARTOSCURO.COM

Starting at 9:00 p.m., the show you were waiting for will begin. Slash, Duff Mckagan and Axl Rose They will go on stage to perform their best songs that have remained in the memory of several generations throughout these thirty years of musical career. 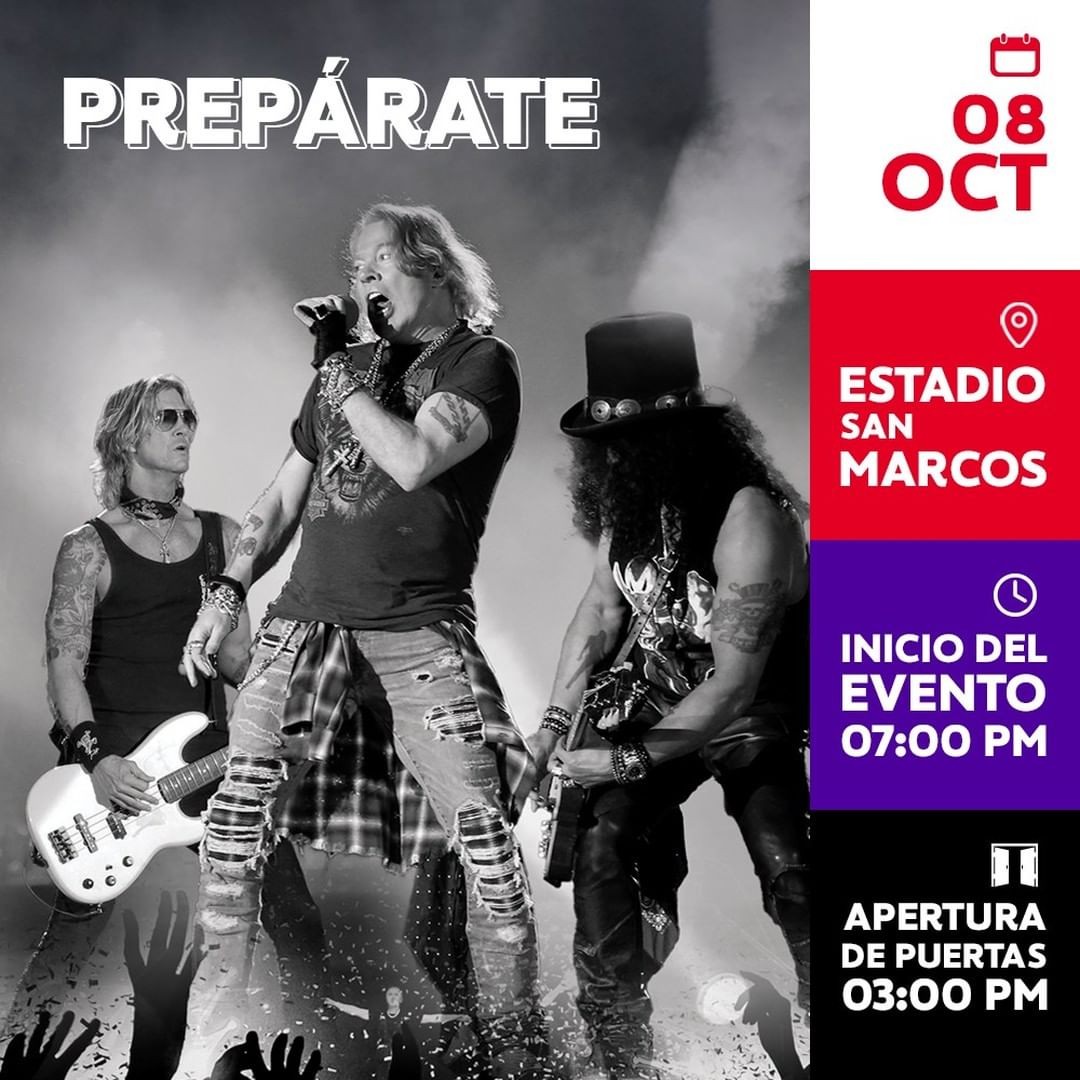 The production company One Entertainment is in charge of the event of the American group in Lima, confirmed that everything is ready to receive the entire public. In this sense, people will be able to access through different doors, depending on the area they purchased:

West Zone A and B / East A and B / North Grandstand: Gate of Amezaga avenue.

The official price tickets for the Guns N’Roses 2022 concert are on sale at teleticket.com. And if you still don’t have your ticket, you can access the Platinum and Oriente A zones.

To go to the concert you can take your printed ticket or show it from your cell phone, keep in mind to have the full battery of your mobile to avoid setbacks.

It is recommended to use public transport such as buses and taxis. This is why street closures will be carried out near the San Marcos stadium. They will not be able to access by private car in the perimeter of the university.

In addition, you must consider that certain objects will not be able to carry the concert. These elements are: bottles, cans, glass objects, lighters, personal computers, food of any kind, selfie stick. They also cannot enter with backpacks, large bags, motorcycle helmets, banners of any kind.

Guns N’Roses in Lima: Fans camp out and make long lines to enter the concert at the San Marcos Stadium
Agenda from October 8 to 14: Today is the concert of Susana Baca and Guns N’Roses, find out what other events there are
Olga Tañón concert in Lima, ticket sales and more details of her return