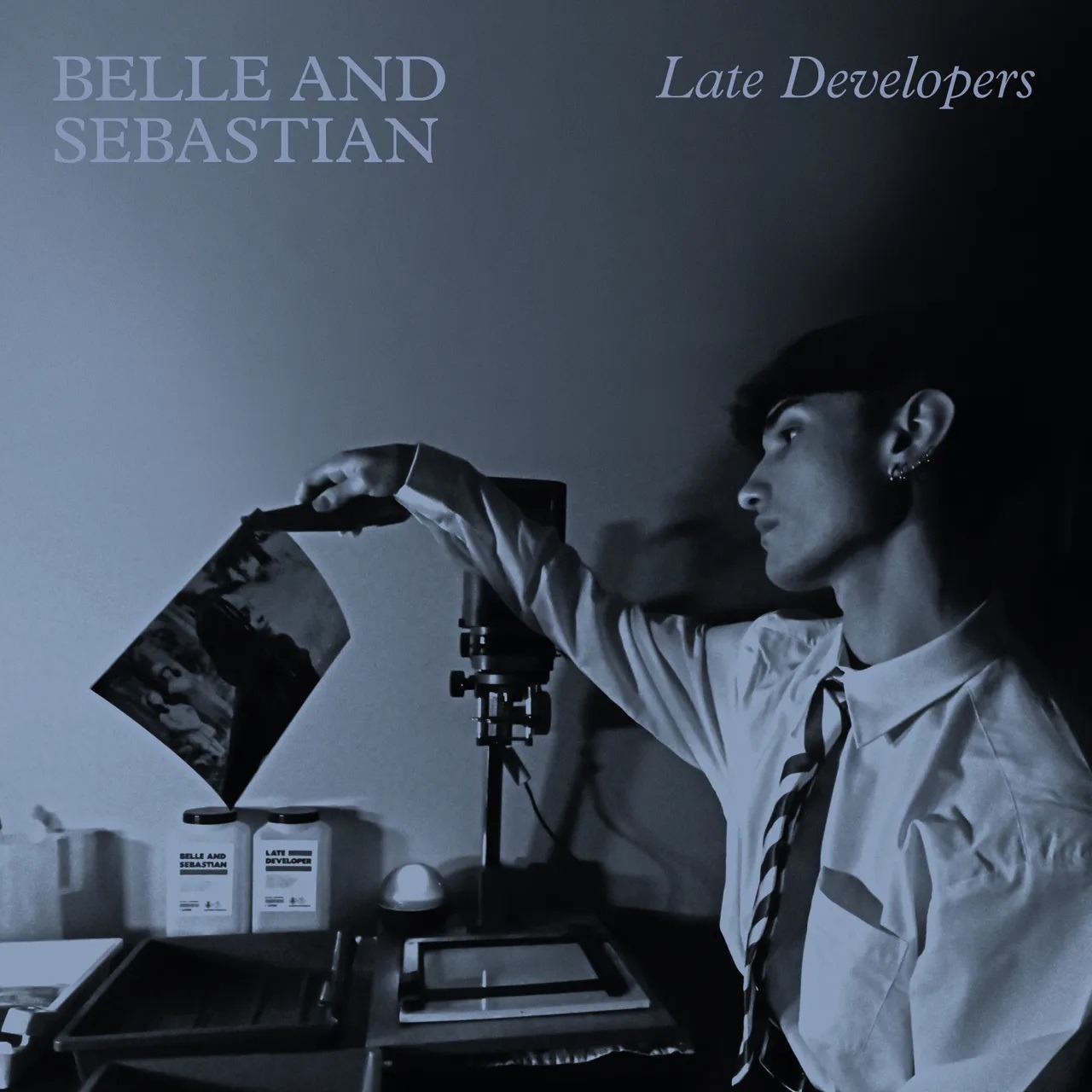 Who today still develops photographs by hand in A4 format? Who, today, still listens to the latest releases of Belle and Sebastian? Probably the same ones who always develop their work in their bathroom with vinegar water, washing-up liquid, and clothes pegs.

Like the hero of its sublime cover, Belle And Sebastian is a group from another time, living well in spite of itself in 2023. Remnants of supposedly simpler days experimenting with the 21st century, its members try in vain to post photos poorly framed digital images of film developments on already obsolete social networks, resigning themselves with tears to their eyes to living like this, stuck between what they were and what they can’t be. An observation which is cheerfully displayed Late Developersrecorded during the same sessions as the mitigated A Bit Of Previous, and logically coming out less than a year after its predecessor. And who says same sessions often says same intentions, same successes, and same mistakes.

Thus, there is good news and bad news, and you might as well get rid of the bad news right away. Fortunately, this can be summed up in just a few words: I Don’t Know What You See In Me. Clearly, it’s unclear what might be seen in this song, except that it succeeds, in addition to its bad taste mixing the worst of commercial dance music from the 80s, 90s, and 2010, to remain all day in the background, sending labedi-labeda during the coffee break, the evening shopping, and in the morning when the alarm clock rings 4 am too early. First and only single released before the release of the album, this crossover between kitchismal keyboards and Mika-like composition augured unspeakable horrors and very difficult listening for your favorite columnist (you can tell, it stays between us) .
But as with all Belle And Sebastian songs, all’s well that ends well in a bittersweet version, coating the melody in melancholy, or the other way around, and making us, from one second to the next, go from laughter to tears until to blissful joy. From the very bottom to the very top, we therefore first come across the dreadful attempts at teasing I Don’t Know What You See In Me and Do You Follow. Then come some songs that are neither really good nor really bad, which are When We Were Very Young, When The Cynics Stare Back From The Wallor Juliet Nakedmore than interesting but unable to take off as could do Judy decades ago.

And finally, the reward, the genius that we thought had almost disappeared, somehow resisting the vampires’ grasp of talent and time. First tracklisting song to take us back years, Give A Little Time carries away in a whirlwind of riffs and voices squeezed into each other, a joyous mess with a fleeting structure, where each instrument seems to run after the bus of life, the one that obviously forgot to stop in front of your house. Will I Tell You A Secret is literally to cry, an acoustic pearl mixing soft guitar, harpsichord, violin, chained without firing a shot with So In The Momentroller coaster of rock-tinged pop, old-fashioned Belle And Sebastian that looks like it was written in 98 for the album with the green cover.

The Evening Star is a sublime ballad to the tunes of Teenage Fanclub, while When You’re Not With Me serves as an improbable success, and proves to us that Belle and Sebastian can be danceable, disco, and funky without stooping to fake the worst hours of synth music. The little tube instantly put on the evening playlist alongside ABBA and Boney M, the album ends with Late Developers. The eponymous song brings out the trumpets and the maracas for our greatest joy swaying, and despite mixed moments, the desire does not fail to turn the cake over to replace the sapphire on the first track.