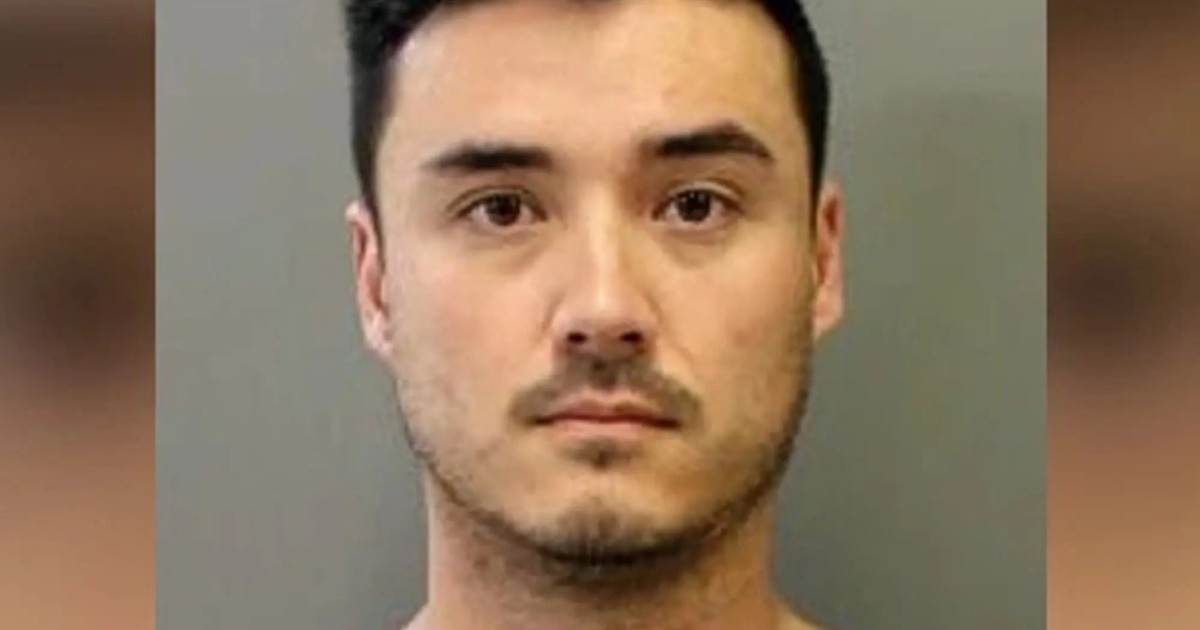 ALABAMA.- A chiropractor is accused of try to kill his wife separated by poisoning her with lead contaminated vitaminsand was released on bail last week, according to reports.

brian mann34, was posted on $500,000 bail Friday on attempted murder charges for causing his wife, Hannah Pettey“would ingest lead particles without realizing it,” while the couple was divorcing, according to court documents obtained by the local network WHNT.

As a result, Pettey, 24, spent two months recovering from poisoning for lead at the University of Alabama Hospital in Birmingham. She filed for divorce from her in March, just days after she was discharged, according to the hartselle enquirer.

Mann was arrested in September.

It may interest you: 56-year-old woman repeatedly stabs Indiana student in the head just to ‘be Chinese’

Mann allegedly told his wife that the pills he gave her from the late summer of 2021 through the winter of 2021-2022 would “boost her immune system,” according to documents filed by Pettey’s attorney, Jerry Knight.

On Friday, a judge reluctantly granted the mann’s release from custody on a highly restrictive $500,000 bond so that he could pay alimony and maintenance of the children of his estranged wife and daughter.

As much as a speeding ticket,” and he would be arrested again, Judge Charles Elliott said, according to court documents.

You have refused to hand over your passport

Mann, of Hartselle, was originally released on $500,000 bond following his arrest in September. As part of his bond, he was required to hand over his passport to make sure he wouldn’t leave the country.

When he failed to provide his passport to officials, he was detained again, according to WHNT. The passport has not yet been released to the officials.

Elliot admitted at a hearing on Wednesday that he was in a “crossroadson the disturbing case: the longer Mann stayed in jail, the longer his wife and daughter did not receive his financial support.

Mann is currently $8,000 behind on his payments. The judge explained that he had to make a balanced decision that considered both the security risk to the public by releasing Mann as Mann’s wife and daughter could have food on the table, reported WHNT.

The couple’s divorce proceedings have been put on hold until criminal proceedings are complete, according to court documents.

Mann is also charged in a medical malpractice lawsuit November 2020 submitted by a patient who stated that the chiropractor hurt her during a visitcausing him severe back pain, incontinence and inability to walk, according to hartselle enquirer. The patient states that she was hospitalized and now has permanent back problems.

Mann will not be allowed to leave his home after 6:00 p.m. or before 8:00 a.m., and he will still have to pass every weekend in jail from 4:00 p.m. on Friday afternoon to 8:00 a.m. on Monday morning, depending on the conditions of his release.

You should also use a ankle monitor and has forbidden to talk to his wife. You are also not allowed to drink alcohol and are subject to random drug testing.

It is expected that the judgment Mann begins on October 8.

It may interest you: US college student dies after falling from Airbnb balcony in Cancun; she had argued with her boyfriend before the accident